Fortress Europe is no match for the horrors of war 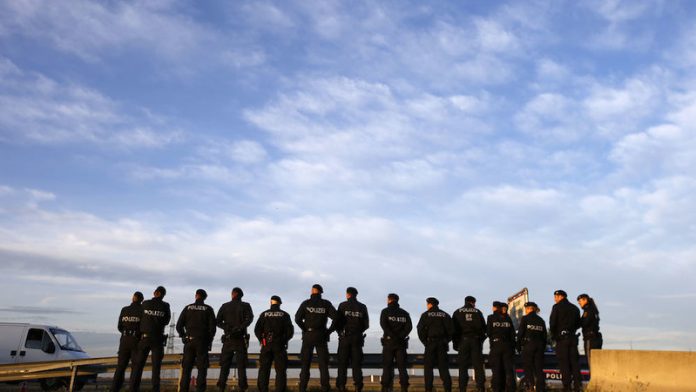 For a few fleeting minutes, there was some humanity in the darkness. It had turned midnight on the Serbian side of the Hungarian border, the time that Hungary had said it would close its borders for the final time to refugees. A fortified border fence had been completed. At the fence’s weakest point, where refugees had for weeks walked into Hungary along a set of disused railway tracks, police had blocked the way with the carriage of a freight train.

But even after the clock struck 12, Hungary seemed to soften, letting a few hundred stragglers enter its territory through a legal foot-crossing that lies in Horgos, a few kilometres to the west of those train tracks. At 10 minutes past midnight, there were still families running, limping and panting up the road that leads to the border gate. More than 160 000 people have crossed this line so far this year and no one wanted to be the first to be turned away.

“I’m hoping, hoping, hoping,” said Badr, a 47-year-old Syrian engineer, as he neared the final stretch. “We lost everything in Syria – homes, friends and family. We need to pass through this border.”

So began a day in which Fortress Europe began to pull up the few drawbridges still open. First Hungary blocked its southern border with Serbia, putting into action its much-heralded fence, declaring a state of emergency in two southern counties, and arresting dozens of people for trying to cross the border under new laws unveiled last week by Prime Minister Viktor Orbán.

Next Hungary announced plans to seal its border with Romania, a move denounced as “not a fair gesture” by the foreign ministry in Bucharest. Then Serbia warned it could not become the dumping ground for Europe’s refugees – or, as its foreign minister put it, “a collection centre”. And finally Austria introduced security checks along its border with Hungary, a measure it said could be extended to those with Slovenia, Italy and Slovakia if needed.

The collective display demonstrated European leaders’ continued belief that the biggest mass migration since World War II is a possibility to be avoided, rather than a certainty to be better managed.

But they appear to have reckoned without the desperation of people like Badr. Following him into Hungary were mothers with babies on their backs and fathers with children strapped to their fronts, all of whom have faced far worse than a closed border. There were grandmothers from Iraq and grandfathers from Afghanistan. There were Syrians fleeing the remains of Aleppo and Palestinians running from Yarmouk, a generation after their parents first fled from Israel to that now-desolate Damascus suburb. There was a man in a wheelchair. And an Iraqi on crutches – 22-year-old Mostafa from Baghdad, one of the very last few to heave his way across the border.

Blocked the main route
And then the gates clanged shut. At about 12:20am on Tuesday, Hungary finally blocked the main route used by refugees to reach the safety of the European Union, leaving about 100 people stranded in the dark. Later in the night, Hungarian police erected a flimsy second fence behind the main barrier of the crossing, just in case anyone hadn’t cottoned on.

Perhaps they hadn’t. A few metres away, Radwan, a 38-year-old printer from Yarmouk, and one of the first to be turned away from Hungary, struggled to understand what was happening. Having brought two babies and three older children all the way from Syria, he was trying to find a new home just a few decades after his parents’ generation fled from Israel. Now even Europe had shut its doors to them.

“We’re Palestinian-Syrians. Where else are we supposed to go now?” Radwan asked, cradling his three-year-son Abdallah, who hasn’t spoken since leaving Syria two weeks ago. “We’re coming from destruction and killing. I shouldn’t have to take five children all the way here for us to be shut out here.”

Radwan and his wife Mayada slumped on the tarmac next to the gates of Hungary – exhausted, shocked, and unsure what to do next. But of one thing they were certain: even this setback would not put off a Syrian population fleeing from a fate far worse.

“This won’t stop people,” Mayada said. “For example, my sister and her husband and their three children will leave Syria soon. I have told them that it is difficult, but they will still come.”

That determination was clear on Tuesday as people confronted by the Hungarian fence at Horgos considered whether to take a different route – through Croatia, Bosnia or Romania. At least one drifted into the night, hoping to cross the Croatian border. Back in Belgrade, one smuggler offered a ride to Sid, a town on the cusp of Croatia. Loitering in the shadows of Horgo, another hinted at alternative routes through the Hungarian border. “We have other ways,” the smuggler said, vaguely. “This was the easiest, but we have other ones.”

But with the fence now fully fortified, it is a tough barrier to cross undetected. Sixty were caught in the act overnight. So most people kept their faith in the legal crossing point at Horgoš – by mid-afternoon on Tuesday, thousands had gathered alongside Radwan and Mayada, forming a vast tent city on the border. Either the many newcomers hadn’t heard about the latest developments, or they hoped for a last-minute change in Hungary’s plans.

“Maybe tomorrow you won’t see me, maybe tomorrow I’ll go to Cro­atia,” said Abu Hossam, a business graduate from Homs, a city wrecked by the Syrian war. “But I don’t know. Our city is destroyed. We can wait here for one week or one month until they open up this country.”

As numbers swelled, so did the chaos and the rumours. Huge crowds of dehydrated Syrians and Afghans rambled up and down the razor-wire fence in the heat, responding to the latest Chinese whispers. Someone said people could cross into Hungary along a nearby road, so everyone scurried there. That rumour turned about to be false, so hundreds just sat down on the tarmac and blocked a queue of lorries. People chanted: “No food, no water – let us cross the border”, while someone hung a cloth from the fence that simply read: “Europe Shame”. Then came word that people could claim asylum in a set of cubicles that lined the border, a few hundred metres away. But once they got there, they found the doors to those cabins almost never opened.

“They said the Syrians should enter from there, and others from here, but no one’s been let in,” said Heba, a water engineer, ambling about in a daze. Shady, Heba’s husband, summed things up: “We are all lost.”

So, too, were two representatives from the International Organisation for Migration. What is going on, a journalist asked them. “Can you tell us?” one of them replied.

Incomprehensible Hungarian jargon
It took 12-year-old twins Khalid and Fahed Kashkool, wearing matching checked shirts and turquoise trainers, to try to make sense of the madness. Having procured a document written in incomprehensible Hungarian jargon, the young Syrians told a crowd of compatriots that anyone who signed it, and then claimed asylum in the cubicles, would not be returned to Serbia.

Hungary’s government spokesperson, Zoltán Kovács, said otherwise. Refugees arriving from Serbia should have claimed asylum there, Kovács said, because it was a safe country. “If someone has already claimed asylum in Greece but moved on, it is possible that Hungary, with the confines of European solidarity, will handle their case,” Kovács said from Budapest. “Also minors travelling without adults.”

But the vast majority of people who reach Hungary from Serbia will probably have their application rejected. Indeed, by mid-afternoon on Tuesday, at least 16 had been turned down. Zahir Habbal, an electrician from Damascus, said interrogators made no attempt to find out about his circumstances in the few minutes they took to reject his application. “They didn’t ask anything about my life,” Habbal said. “It wasn’t interesting to them.”

Hungary’s behaviour was condemned by the United Nations, who said asylum-seekers shouldn’t be expected to rely on Serbia’s almost nonexistent reception system. “Serbia is a safe country of origin,” said Babar Baloch, a UN refugee agency spokesperson, but it has no asylum system for refugees from other countries.

For this reason, Serbia’s leaders began to speak out on Tuesday. For months the Serbian government has allowed refugees to cross its land, unbothered by a flow of people who do not wish to linger long within Serbia’s borders. But with the refugees’ exit now blocked, and tens of thousands more expected to arrive in Serbia in the coming weeks, Serbia now fears turning into a dumping ground for Europe’s unwanted.

“The idea of returning all migrants to Serbia, with others flowing in from Greece and Macedonia, is unacceptable, because we would then become the centre of arrivals,” the foreign minister, Ivica Dacic, said on Tuesday. “Serbia cannot handle this.”

Similar statements can be expected from Serbia’s neighbours, should the refugee route shift towards Romania or Croatia, and the Balkan states beyond.

As refugee after refugee said in Horgoš on Tuesday, border closures will never be an effective deterrent to people fleeing experiences that are far more traumatic. It was the Kashkool twins who put it best. They grew up in Ghouta, Khalid said, where civilians had been subjected to chemical weapons. On their way to school, they were shot at by snipers. They couldn’t return there.

“This closing border isn’t going to stop Syrian refugees, because of the war,” said Fahed, standing a metre from the Hungarian fence. “Syrian refugees are going to come and stay here. And if they don’t get in, they’ll go to Slovenia, and from Slovenia they’ll make their way to Austria, and then from Austria they’ll go to Germany.”

On the other side of the barbed wire, a Hungarian translator, and most of Europe’s political class, hadn’t got the message. “Go away from here,” he later shouted. But the Syrians laughed. Where else were they supposed to go? – © Guardian News & Media 2015