Russia’s Syria gambit could be a game changer 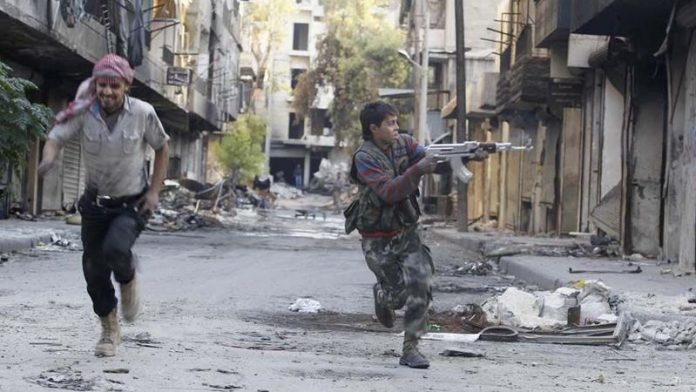 Bombing by the Russian air force looks like a landmark event in the bloody four-and-half-year war in Syria.

In the space of just a few weeks Moscow has been making the weather on the crisis – by seizing the initiative where the US and others have vacillated and failed. Vladimir Putin has made a strong case for fighting Isis, though Wednesday’s airstrikes targeted other groups that are opposed to Bashar al-Assad.

The distinction matters because while the US and Arab states have taken military action against jihadis, no other country has used its own armed forces against other Syrian rebels. The partial exception is Iran, whose Revolutionary Guards advise the Syrian army and which has mobilised foreign Shia militias while keeping a low profile itself. Hezbollah, Tehran’s Lebanese proxy, fights openly with Assad.

Officials in Moscow suggested the planes bombing on Wednesday may have planned to strike Isis but in fact hit other groups, including one affiliated to the western-backed Free Syrian Army. Mistakes can happen: the US has also claimed to be targeting Isis and hit others, including civilians, so the Russians would not be alone in getting it wrong.

But reports from the scene suggested that the targeting was deliberate. Yet the detail may not matter. Unlike the US or Britain, Russia fully accepts the Syrian government’s view of the war. For Moscow, as for Tehran, there are only terrorists; they make no distinction between different armed groups, Islamist, jihadi or democratic. When Putin refers to the “rational” Syrian opposition, he means political opposition that is tolerated by the Assad regime.

And there is a clear expectation in Damascus that Moscow will do more to help Assad. Syrian military sources have been speaking in recent days of improved battlefield intelligence presumably obtained by Russian satellites or reconnaissance and predicting more direct involvement.

Russia and Iran are seen by the Syrian government as staunchly supportive allies. It was no coincidence that in a recent speech the Syrian president went out of his way to squash speculation that they had a gloomy assessment of his position after losing territory and admitting to suffering serious manpower shortages earlier this year.

Yet Russia’s direct military role may turn out to be fairly limited. Like the US and others it has made clear it will not put boots on the ground in Syria. Its air power is also less impressive than what the US led-coalition can deploy. And there are clear risks. “Anti-Assad forces of all stripes are equipped with relatively sophisticated anti-aircraft weaponry and could imperil the viability of the Russian mission by downing even a handful of aircraft,” commented Daragh McDowel of the Verisk Maplecroft risk consultancy.

The larger question is whether Moscow can use its influence in Damascus to persuade Assad to take any steps towards the political transition that so many Syrians and so many other countries insist is necessary to try to end the war. If it does not do that – and there is no guarantee that it will – the airstrikes seem certain to do nothing more than further escalate an already dangerous conflict. – © Guardian News & Media 2015