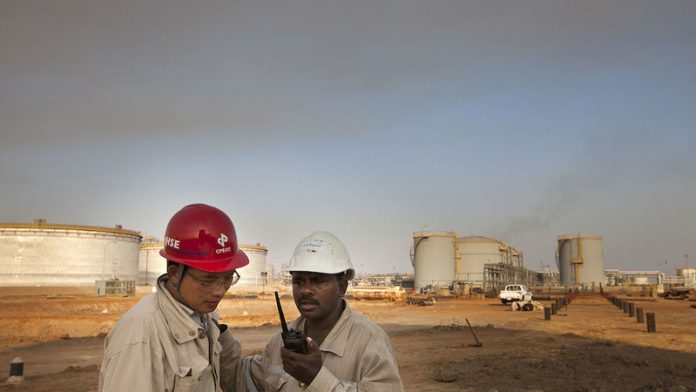 The 70th session of the United Nations general assembly has endorsed the so-called sustainable development goals (SDGs), or global goals, as the post-2015 development agenda for the next 15 years.

The SDGs replace the millennium development goals (MDGs) that were adopted in 2000. The SDGs demonstrate, among other things, that our leaders continue to miss the point about what the global human society desperately needs, or what is to be done to advance wellbeing globally.

The development agenda has to be about transforming the world we live in, which has become more uncertain and dangerous, instead of adding new goals and targets to the MDGs, which were themselves poorly crafted and not based on deeper thinking about the global society’s needs.

The dominant paradigm, which is based on the hegemony of the neoliberal perspectives that have shaped development or caused underdevelopment, and is informed by what geographer and anthropologist David Harvey terms accumulation by dispossession, must be challenged. Monopoly capitalism benefits a few at the expense of the many.

The dominance of the United States and European countries has maintained the peripherilisation of the Global South. The skewed distribution of power globally has ensured that the interests of the so-called developed countries trump effective and inclusive development in the Global South.

It is in this context that the global goals, or the processes leading to the SDGs, fall short because what is needed and overdue is the transformation of the world disorder. Our leaders, as political scientist Claude Ake warned in 1996, appear to have surrendered the development process to the logic of global capital.

China, seeing another opportunity in the pursuit of its national interest of becoming a global superpower, has jumped on to the bandwagon and announced it will drive the effort of the Global South to meeting the SDGs. As various reports have indicated, it has been largely because of China and India that most of the MDG targets were met.

Africa in effect missed all the targets that were set in the Millennium Declaration. It is easy to see why China made significant gains while the African continent remained behind. China is increasingly becoming a new but different colonialist. China is leading the second scramble for African resources and wealth. But China is doing it better, or more discreetly, than the Europeans did at the Berlin Conference of 1884 – 85. The Americans do it through bombing and plundering, imposing themselves as a global superpower.

China seems to understand global power dynamics and global disorder. Africa, or our leaders, seem to have no idea about it at all, hence China is grabbing large amounts of land on the African continent and, when pursuing infrastructure projects, it brings its own labour.

I would like to insist that the central issue pertaining to Africa’s development has to do with the manner in which Africa, or different countries in Africa, advance or retard socioeconomic development.

Africa has relied on approaches that have failed, even for the countries from which it borrows such approaches. It needs its own socioeconomic development approach, informed by a new vision for the African economy.

The African Union’s Agenda 2063 is a step in the right direction but it falls short in many accounts – and 2063 is too far away. Similarly, what is needed is a philosophical framework that can underpin the global goals.

The UN appears to have been very close to distilling the needed conceptual approach that should have guided the long list of SDGs. The theme of Transforming Our World could indeed have culminated in a robust socioeconomic development approach, but only if those who were leading the SDG processes or our leaders cared to listen to what the economist Samir Amin has been saying for the past five decades or so.

It is important that the Global South broadly, and Africa in particular, ensure that our world is transformed from the current disorder. The long list of global goals and wild targets will not help.

For Africa, many seasoned scholars such as Thandika Mkandawire, Adebayo Adedeji and Archie Mafeje have given pointers. Some of us are improving on what they have demonstrated and argued, and we are elaborating on an approach that could work for Africa and the rest of the Global South.

Among the main issues for Africa is that, without pan-African unity, Africa will not go very far. It might well be that colonialism and imperialism affected us so much that we are unable to be proud of who we are and we are unable to celebrate our past, let alone reclaim our stolen legacy.

Good leadership is critical, in particular thought leadership, and would go a long way towards transforming our world. Simply put, thought leadership refers to leadership that involves a comprehensive understanding of the phenomena at hand and is alert to the possible reasons why things are not improving as well as they could be.

Thought leadership should be coupled with critical consciousness and it must be linked to decolonising the minds of Africans, as Ngugi wa Thiong’o, Molefi Kete Asante, Ama Mazama and Chinweizu Ibekwe, among others, have argued.

Vusi Gumede is a professor at Unisa and the head of the Thabo Mbeki African Leadership Institute. These are his personal views