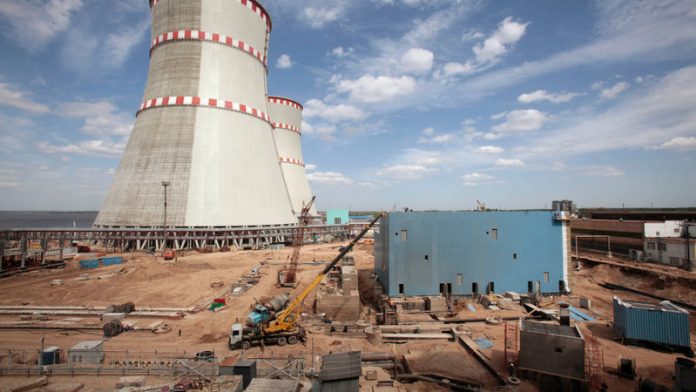 Greenpeace has a message for the ANC ahead of its National General Council (NGC) meeting starting on Friday: drop nuclear energy, or face massive resistance.

Greenpeace executive director Kumi Naidoo said on Monday that the ANC should “take nuclear off the table”.

“The ANC needs to know that if it does go for the nuclear option as part of the (energy) mix, then they are on a collision course with the broader spectrum of the South African civil society,” he said.

“So the ANC can make that decision knowing full well that they will be blocked in the court,” he said. “There will be a robust campaign against any financial option. Any lending institution will come under tremendous pressure.”

The ANC expressed a need to discuss nuclear energy at the NGC to ensure it is only procured if all legal and affordability assessments have been completed successfully.

“Government must commit to a full, transparent and thorough cost-benefit analysis of nuclear power as part of the procurement process and clarify the status of the update to the Integrated Resource Plan,” the document explains.

“Government must also announce publicly that nuclear energy can only be procured in line with the legal prescripts and after a thoroughgoing affordability assessment.”

Nuclear will run into overtime
However, Naidoo said South Africa should not be investing in nuclear at all, because it is “too expensive and too dangerous”.

“As a solution to our energy crisis, it will be delivered too little too late and will take 10 to 15 years to build one single plant.”

The Energy Department has signed agreements with several countries as part of its Nuclear Build Programme to build 9 600 MW of nuclear energy by 2030.

While studies reveal that many nuclear build programmes run into overtime and over budget, the ANC believes nuclear energy could unlock manufacturing opportunities and create reliable baseload energy. – Fin24