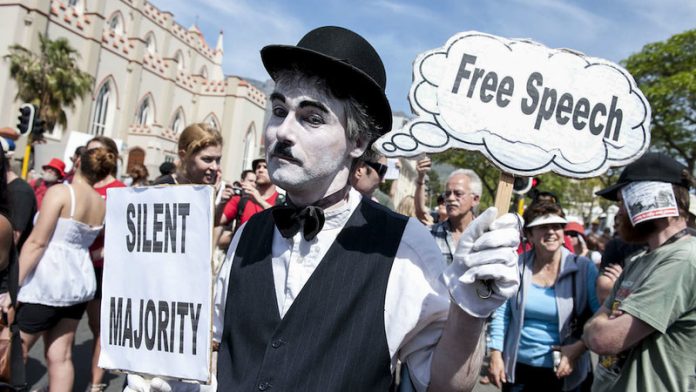 For many of us in Africa, particularly journalists, freedom of expression remains most elusive in societies where governments believe they hold exclusive licence to what can or should be said. They always seek to dictate the platforms where views and opinions can be expressed.

In my home country Swaziland, for instance, the good Swazi only expresses an opinion in specially designated areas such as at public meetings in the chief’s kraal in true traditional fashion. When one wants to express a dissenting view or expose a wrong, one has to be very careful with one’s choice of words. This is particularly so if the comments are directed at someone with authority.

Throughout the length and breadth of the continent, an independent media that provides an alternative platform for critical thinking and debate, and one that exposes the excesses of leaders, is seen as an enemy of the state by those who serve their own personal interests while holding public office.

The tension in Africa between the state and the media can be traced to the end of colonial times when new governments formed by leaders of the liberation struggle sought to consolidate their power by shutting down the voices of those who disagreed with how they could lead their people in this new freedom.

In such tension, much criticism and serious allegations have been levelled at the media; the most important, in my view, being that of sponsored journalists sent out by their handlers to discredit and destroy the careers of African politicians at every turn.

For this reason I became extremely concerned when, a few weeks ago, the editor of The Citizen, Steven Motale, admitted to having been part of a “conspiracy” against South Africa’s president, Jacob Zuma.

This is a damning statement from a member of Africa’s biggest and most sophisticated media industry.

At best it gives currency to the allegations of widespread sponsorship of journalists. At worst, it sends a message that it is not the corruption and greed of those in power that is destroying the economies of Africa but, rather, the fault lies with Western capital that controls the media and seeks to undermine the efforts of our leaders to steer us out of poverty and want, albeit in a twisted way.

Throughout my career as a journalist I have made every effort to avoid being accused of writing sponsored articles. While I believe there may have been suspicions, none have ever been made public or was any smoking gun presented that could bring prima facie evidence that I could have been working for a particular interest group in my news reporting or commentary. I strive to serve only the public interest.

What has come as a shocking surprise for me, however, is that when I walked out of prison recently, I found that the question of freedom of expression is steadily becoming a complex matter, no longer restricted to furious debate between the state and journalists. I found, absurdly, that it is raging in the media itself, and between journalists and citizens.

At the beginning of September, Media24 announced it was shutting down the comments section on its website in what editor-in-chief Andrew Trench said was a bid to stem a tide in which “many commentators insist on pushing the boundaries of free speech available to us in South Africa. Comments tediously drift towards hate speech at worst and, at best, are often laced with prejudice. Interesting and considered contributions are drowned out by a cacophony of insults from a minority of users.”

Even those of us who do not live in South Africa appreciate the tensions that exist in Africa’s biggest demo-cracy and do not underestimate the potential danger inherent in a post-apartheid society trying to move on from its horrible past.

Trench may have justified the decision by stating that Media24 was following international best practice; there is no denying this is another form of shutting the door to freedom of expression in South Africa.

What is alarming is that this is an initiative not by the government but by the biggest media house in Africa.

Only last month, six senior counsel members from South Africa addressed a full Bench at the High Court of Swaziland on the very question of freedom of expression. In that matter, some leaders of the banned political parties stand charged under the Anti-terrorism Act and the Sedition and Subversive Activities Act for statements made in public meetings. They are challenging these laws as unconstitutional as they infringe on freedom of expression.

I took the opportunity one day to introduce myself to two counsel members hired by Swaziland’s government to defend these laws. I pointed out to them, given that their mandate was to defend government’s right to suppress our basic rights to hold views and share them, that they should understand we were only asking for those rights South Africans enjoy and no more.

I have always believed freedom of expression is a human right that rises even above constitutional values. This is why even before Swaziland had a Constitution in 2005, I wrote freely in the belief that I had a right to have my say in the society I live in and no one, not even the leadership, had the right to tell me differently if my comments were based on policies and decisions that affected my life.

Recently, columnist Max du Preez accused Media24 of a lapse of judgment in publishing an article critical of an earlier one he had written. This statement left me wondering about the state of the media in our technologically advanced societies.

Much of the pressure on the media that has given rise to Motale’s confession. Motale and Media24’s decision arises from the advent of social media and the resultant speed with which news moves. Have editors adjusted to this change or are they caught up in the frenzy of technological advancement at the cost of proper news gathering?

There is no denying that Twitter and Facebook are a threat to traditional media. Newspapers, magazines, TV and radio struggle to keep pace with the flow of information because social media have changed the landscape.

I believe, however, as long as traditional media exist and publishing on websites continues to grow, editors should reflect on how they can stay relevant in this new, growing phenomenon and publish news that is informed and authoritative.

Even though social media move news at a very fast pace, there is still room for well-thought-out articles, ones that add value to our lives and improve our understanding of issues affecting us.

Editors are like judicial officers: they need to take time off and reflect on what they feed the public. They need that time for critical assessment to ask themselves hard questions on what value they add to the broader societies they serve.

This is more so in the South African media, which is complex and has a chequered past.

Shutting the door to freedom of expression and inadvertently passing the baton on to governments to continue to abuse power and destroy economies is not what the media should be engaged in.

The media must look at the bigger picture and not defeat a campaign for freedom of expression that has seen many journalists killed on the continent, others thrown in jail and many more who have had their careers destroyed by corrupt governments and politicians.

Bheki Makhubu, the editor of the Nation in Swaziland, was jailed for carrying stories critical of Judge Chief Justice Michael Ramodibedi