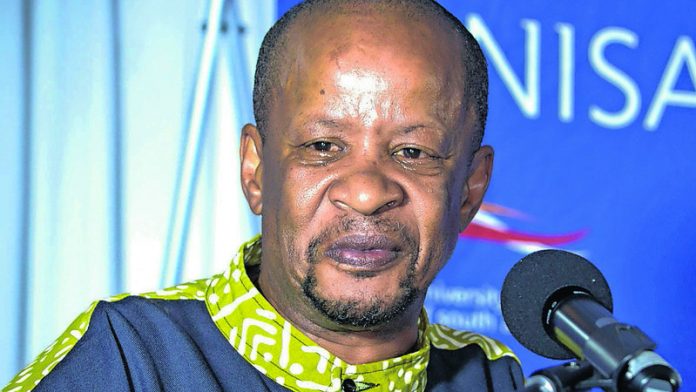 Born Ezekiel Mphalele on December 17 1919, this remarkable South African clawed his way out of ghetto conditions to become known as the “father of African humanism”. He died in 2008, having written two autobiographies, 30 short stories, two verse plays and a number of poems, and received numerous literary awards.

In Nigeria and Ghana, he worked with some of their finest playrights, poets, novelists and artists.

Mphahlele moved his family to Paris in 1961 when he was appointed director of the African Programme of the Congress for Cultural Freedom and he also became a visiting lecturer at the Massachusetts Institute of Technology.

Mphahlele helped establish Mbari Publications and the Mbari Writers and Artists Club in Ibadan and Enugu in Nigeria and Nairobi, Kenya.

In 1962, Makerere University, Kampala, Uganda hosted the first African Writers Conference. Two further conferences in Dakar and Freetown were organised in 1963 to open up debate about the place of African literature in university curriculums and engender support for the inclusion of African literature as a substantive area of study at universities.

Mphahlele first stepped back on South African soil in 1976 to present a paper at the Black Studies Institute in Johannesburg at its inaugural conference. The Mphahlele family officially returned to South Africa in 1977 and in the same year, Mphahlele changed his first name to Es’kia.

In 1979, he joined the University of the Witwatersrand (Wits) as a senior research fellow. He founded the Council for Black Education and Research and the department of African literature at Wits University — the latter a significant event in the evolution of literature teaching in South Africa. He became the institution’s first black professor.

His yen to read started as a child. He discovered a tin shack in the township stacked with dilapidated books and journals and dug out Don Quixote. He became addicted to the sense of discovery and Cervantes stood out in his mind forever.

The 1959 publication of his autobiographical novel Down Second Avenue drew worldwide interest in Mphahlele, also putting focus on the internal dynamics of South Africa as it drifted toward increasing racial oppression and world isolation. It also led to his works being banned in South Africa until 1978.

Now a classic of African literature, Down Second Avenue had successful printings in English, French, German, Russian, Dutch and Japanese.

He published The Living and the Dead in 1961 and six years later, published In Corner B. The contents of both collections of short stories are included in The Unbroken Song, which also contains some of Mphahlele’s poems. As part of his master’s thesis, in 1962 he published The African Image.

Mphahlele obtained his BA with honours in 1949 from the University of South Africa (Unisa) and made history in 1957 by becoming the first person to receive a master’s with distinction at Unisa.

Mphahlele’s second novel, The Wanderers, originally submitted to the University of Denver as a dissertation for his successful PhD in creative writing, earned him a nomination for the Nobel Prize in literature in 1969.

The recipient of numerous international awards, Mphahlele was awarded the Order of the Palm by the French government in 1984 for his contribution to French language and culture. In 1998, he received the World Economic Forum Crystal Award for outstanding service to the arts and education and the Order of the Southern Cross, then the highest recognition granted by the South African Government.

Attending the lecture were relatives of Mphahlele, including his son, Puso, also an exile who has travelled extensively all over the world but has returned to his roots in Polokwane. “Our entire family, including Es’kia is very musical,” he explains. “He adored classical as well as jazz, European and African.”

The Es’kia Mphahlele short story writing competition takes place each year, sponsored by Van Schaik Publishers. Winners of the competition are announced at the memorial lecture. This year, nine submissions were received and judged by a panel of adjudicators. This year’s winner was A New Era by PM Ramapakela. Runner-up was I Fear by SK Motlaka and in third place was HIV and AIDS – The Death Toll by B Ranape.