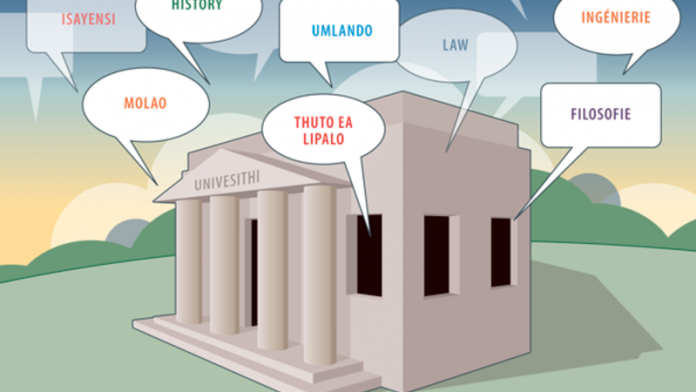 Nobody would dispute that English is the world’s academic language. With a global academic “market share” of just over 90% when publications and the value of academic programmes are considered, the role and status of English is hardly surprising. Also, many students, their parents, colleagues and most higher education managers believe that English is indeed the academic ­lingua franca.

The growth of English as the language of higher education is fuelled mainly by the need of higher education institutions across the world to find sources of income beyond their borders. This phenomenon in the United States, Britain and Australia means that they not only recruit international students but also start English branch campuses in other countries. In Europe, Asia and Africa, the use of English means that extra income is generated by a bigger student population.

Internationally, the US is the most desirable destination for students from other countries, although European students also like to travel in Europe. When we look at the growing number of transnationally mobile students, there seems to be an obvious need for a common teaching and learning language. Consequently, the number of English-taught programmes in Europe increases annually, as institutions try to attract students from neighbouring countries and from Asia and China.

In Africa there are similar cross-border movements, but former colonial languages also play a major role as an access mechanism to universities inside countries. Even in Francophone countries, English is making inroads as a language of learning and teaching alongside, and sometimes instead of, French.

The fact that our students and lecturers are multilingual raises the question of how much teaching and learning actually happens in English in our classrooms. When we look at the use of English as a language of learning and teaching in countries as diverse as Sweden, South Africa, Spain, Germany and Lesotho, lecturers who share a home or community language with their students will use that language alongside English both inside and out of class. If quick clarification in another ­language can sidestep misunderstanding, why would you stick to only one language? If one word from another ­language can explain a difficult technical term in English, why would you avoid it?

We all know that higher education differs from school education: by the time students enter a higher education institution, they will have developed advanced academic literacy in a particular language that may not be English. Also, multilingual students will have developed strategies to discuss and think about their academic work in other languages, even when their schooling was in English. Researchers from Spain, Hong Kong, Germany and South Africa record how students and lecturers use a variety of languages to discuss their assignments, to grapple with difficult concepts and to plan their projects. They do so whether or not these languages are used in the academy. Ignoring these abilities of students is not only wasteful, but also unrealistic.

If we want students to succeed, we need to draw on the resources they bring to the classroom. We would use pictures, YouTube videos and graphs, among other mediums, to explain academic content. Why not other languages? This view of multilingualism in the classroom says that languages are resources, just like students’ ability to access information online or from the library.

From the perspective of language as a resource, all languages become useful for learning and teaching, whether they are acknowledged in a particular language policy or plan or not. When students are discouraged from using the languages at their disposal for learning, either actively or merely by pretending that other languages do not exist, they are deprived of practices and tools that they can access and mobilise with relative ease.

More importantly though, higher education institutions cannot afford to ignore the multilingual world of work that awaits students. Academic English will definitely not be the main language of communication in students’ professions and trades: not in Africa, Europe, Asia or South America. Surely vocational and professional training should also enable students to communicate at a professional level with clients, patients or colleagues? Again, a monolingual English classroom would fail students and the community supporting the institution.

University lecturers and administrators often argue that they cannot provide instruction or communication in all possible languages. But is this necessary? If we use English as a “traffic” language, lecturers do not have to use all the languages their students know. Many opportunities for multilingual interaction emerge as lecturers and students meet in formal lectures, question-and-answer sessions, group and individual discussions, project work, and email communication.

Every lecturer’s aim should be to create spaces for students to use the languages they have at their disposal by modelling multilingual learning behaviour. When you ask students how they express a concept in their own language and show the different nuances language systems bring to such concepts, you not only deepen understanding by building on existing knowledge, you also prepare students for the challenges of working in multilingual communities.

We haven’t achieved the aims of June 16

Multilingualism for everyone, not just a select few

Multitongue teaching is the only way