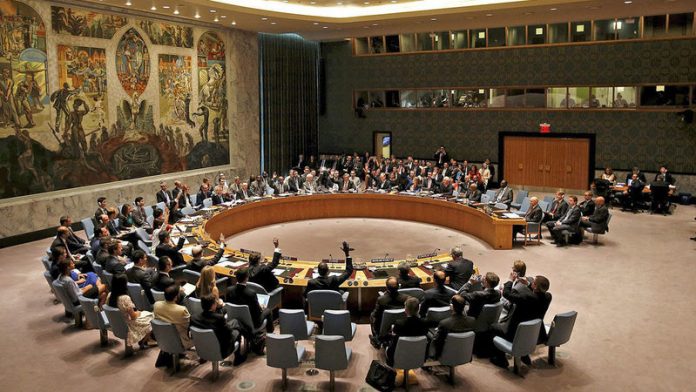 At the close of last weekend’s national executive committee (NEC) of the ANC, the party issued a statement in which it argued that “the International Criminal Court [ICC] is no longer useful for the purposes for which it was intended”. This statement finally lays to rest any uncertainty about where the South African government stands in relation to the ICC.

The ANC’s decision to withdraw from the ICC will be perceived by some as an abdication of its adherence to international law and a retreat from South Africa’s commitment to a foreign policy driven by human rights.

Since it was established in 2002, the ICC has only prosecuted and delivered rulings on African cases. All 36 individuals who have been summoned and for whom arrest warrants have been issued by the ICC are Africans. Africa has its fair share of violent conflicts, but this exclusive selection of Africans ignores war crimes that have occurred in Iraq, Colombia, Sri Lanka, Chechnya, Tibet, Yemen and Palestine.

The international criminal justice system is unable to prosecute the perpetrators of these crimes because they are protected by the political, diplomatic and economic might of self-interested powerful countries that are not party to the Rome Statute that underpins the ICC.

Russia began its bombardment of antigovernment forces in Syria without any UN Security Council resolution, and is thus in violation of international law. Yet the United States and its allies have been bombing in Syria without any Security Council resolution for years, which means that Washington and its cohorts have been violating international law for some time.

This issue of the illegitimacy of a one-sided international law is getting lost in the effusive protestations of South Africa’s chattering classes and the widespread righteous indignation at the ANC’s announcement.

It would be good to see justice and redress for the victims of the aerial bombings in Iraq, Palestine, Syria, Yemen, Afghanistan and Pakistan, but that is not going to happen at the ICC because of the ability of the powerful countries to prevent certain cases from getting to the court.

The ANC’s decision is a political one, based on the self-evident one-sided nature of the ICC’s prosecution, and it will have legal implications for the future relationship between the South African government and the court.

What are the alternatives to ensuring the rule of criminal law and justice for victims in Africa if the ICC ceases to operate on the continent?

The Malabo Protocol has been vociferously criticised by some commentators because one of its articles provides immunity for sitting heads of state and other state officials.

Yet the practice of state immunity is part of a time-honoured tradition in international law. In fact, global diplomacy would not function effectively without the provision of immunity for diplomats; they must be able to conduct the affairs of state without fear of reprisal and threats to their personal safety.

The challenge, then, is to ensure that the African Court gradually becomes strengthened so that it can foster a culture of nonimpunity.

An important issue that might also be overlooked in the cacophony of indignation is that the ICC represents an incomplete global project in the transformation of global governance institutions.

At the recent UN general assembly, some speakers argued that the UN as we know it has become obsolete and had fulfilled its historical mission.

Now is the time to come up with a new design and structure for the international system, one that does not privilege the most powerful countries at the expense of the medium and smaller powers.

Specifically, this will require dismantling the UN Security Council in its entirety. The efforts to reform it over the past 23 years have failed. In fact, the project of achieving global justice, which the ICC represents, will only be complete when the UN system is replaced by a new democratic global architecture.

Rather than pontificating endlessly on the minutiae of the legal and political interpretations of the actions of the South African government, it is important for us to keep an eye on the fact that the world remains an unequal place if the most powerful can act on a whim and expect everyone else to sit back and accept that this as normal. Global dictatorships and tyrannies, like national ones, emerge when good people remain silent and do nothing.