The future isn’t what it used to be 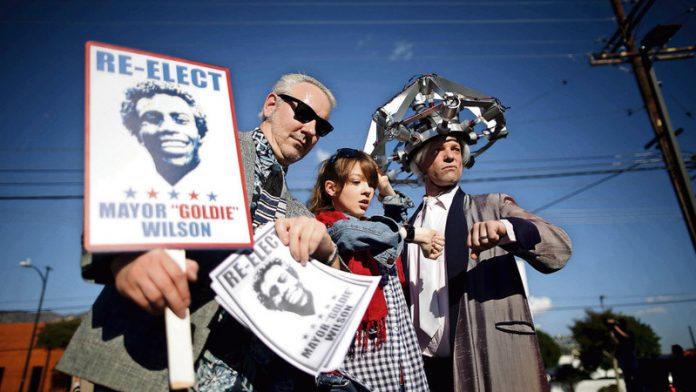 While South Africa revisited a state-sanctioned brutality that reminded many of the 1976 student uprisings, on Wednesday the rest of the internet was indulging in a parallel universe of nostalgia as it marked Back to the Future Day – the date when Michael J Fox, as teenager Marty McFly, travelled into the future in the second instalment of the iconic Back to the Future trilogy.

Set in 1985, but released in 1989, Back to the Future Part II was the third-highest-grossing film of that year. It presented audiences with a comic-dystopic vision of what it imagined a future might be like 30 years hence – complete with flying cars, hover boards and dehydrated micro-pizzas that could feed an army of students at the touch of a button.

In the film Marty dons his self-lacing Nikes and floats or flies between 1985, 2015 and 1955 in order to save his past, present and future selves – all while avoiding actually meeting himself (time travel is complicated).

For the most part, the buzz around this appealingly superannuated vision of the future resulted in a frame-by-frame comparison of what director Robert Zemeckis and screenwriter Bob Gale had envisioned would come to pass: what they’d got right – video calling, biometric security, virtual reality glasses à la Google Glass or Oculus Rift – and what they’d got wrong.

Writers lamented today’s lack of flying cars and, equally, the expandable pizzas. Some spotted that, contrary to the made-up newspaper featured in the film, in 2015 the president of the United States is still very much male (watch this space?).

The internet collectively LOLed at the movie’s complete absence of smartphones, tablets and the World Wide Web. In the 2015 of Back to the Future, urgent messages are still sent by fax!

Nike used the anniversary opportunity to present Michael J Fox with a brand-new pair of Nike Mag shoes, and announced that it had turned its self-lacing science fiction into something called “power laces”. The shoes will go on sale in 2016.

It would be easy to write off Back to the Future Day as simple commodification – a Kardashian-like attempt to “break the internet” – but there’s an undeniable zeitgeist in the notion of film as a time capsule; it’s not just a representation of who we are or were, but who we thought we might be.

There is within this also a deliberate and unavoidable irony. In the US, a few savvier commentators drew parallels between Donald Trump and the trilogy’s archvillain, Biff, who bears an uncanny resemblance to the aspiring presidential candidate, both in his comb-over and his bullying behaviour.

There’s a resonance, too, in our own terrifying version of “back to the future”. At the time the original movies were released, South Africa would have been in the middle of a series of states of emergency. On October 15 1985, just days before Marty McFly and Emmett “Doc” Brown would punch the dates into their modified DeLorean time machine, three people were killed and 15 others injured when security forces opened fire – from behind a moving barricade of crates on top of a South African Railways truck – on a group of students on the corner of Thornton and St Simon’s roads in Athlone, near the Alexander Sinton High School.

The 30th anniversary of what became known as the Trojan Horse Massacre briefly trended on Twitter, but otherwise passed with little fanfare.

When the students of Cape Town, Johannesburg, Fort Hare, Port Elizabeth and Mahikeng marched on their campuses and on government institutions, many observers chose to analyse and criticise the same totems the Back to the Future Day bloggers had: they looked at the students’ clothing, their shoes, their phones.

How could someone with a R6 000 smartphone be protesting against fee increases, some asked. These questions betrayed a very fractured grasp of the complex nature of history and the intersection between past and present.

We don’t need to travel back in time to remember the things that are important. And, as teenagers everywhere need to know, you don’t need a time machine to change the future.