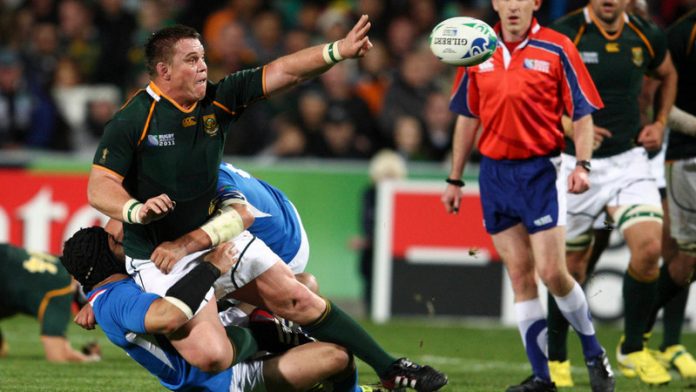 It was Johan’s first trip to a psychiatrist. A remarkable fact, given his Calvinist upbringing. After arranging himself on the couch, he laid his head back and opened his soul.

“I was watching rugby when there was this tightening in my chest.”

“What was happening in the game?” asked Dr Vasi Naidoo.

“We were losing against Japan.”

“Johan, what you experienced was a feeling.”

“Yes. A reaction to events beyond your control.”

Dr Naidoo put his notepad down.

“Feelings are a part of life, Johan. It’s our body’s way of telling us what’s going on.”

Johan stroked his stomach. It was a lot to take in.

“The next couple of days will be difficult,” the doctor went on. “The Boks are through to the knockout stage, I believe?”

“I was afraid of that. Come kick-off time you’re going to feel a lot of things Johan, all at once: anxiety, fear, frustration, anger – even joy. We in the profession call it an ‘emotional roller coaster’, which, in my opinion, is very misleading since it’s neither fun nor quickly over.”

The doctor was hitting his stride. “I see you’re wearing a Springbok jersey. How does that make you feel?”

“Mmm, that’s no good. You’re in a comfort zone, Johan. A false sense of belief that everything is OK, and will remain so, as long as you’re wearing the jersey. Why don’t you take it off?”

Johan took off his jersey and placed it on the floor. Half naked, he felt even more vulnerable. Dr Naidoo reached for his Rorschach test cards.

“What do you see, Johan? There’s no right or wrong answers.

“How about this one?”

“Richie McCaw, arms in the air.”

Dr Naidoo put the cards down and leaned back. Jung’s theory – the notion of an unresolved tension between the ego and the unconscious – flashed through his mind.

“We dominated Australia most of the match,” he said, holding back tears. “John Smit said it was the first match we lost on the scoreboard and won everywhere else. I watched the game at a bar, or maybe I was home, I can’t remember. People were dik die moer in. Someone threw a cat against a wall.” Johan paused.

“The police picked me up at around 3am crossing William Nicol Drive shouting Waltzing Matilda. They said I was delirious and that I smelled of defeat – and alcohol.”

He handed Johan his jersey and sent him away with a packet of Valium. He took two himself.

As the drugs took hold he wondered: Will Fourie du Preez out-think them? Will Duane Vermeulen fire? In short, would the Springboks win the World Cup?

He’s apologised now, but my week was ruined when I had to delve into his past
Read more
Education