Hamas committed to a just solution 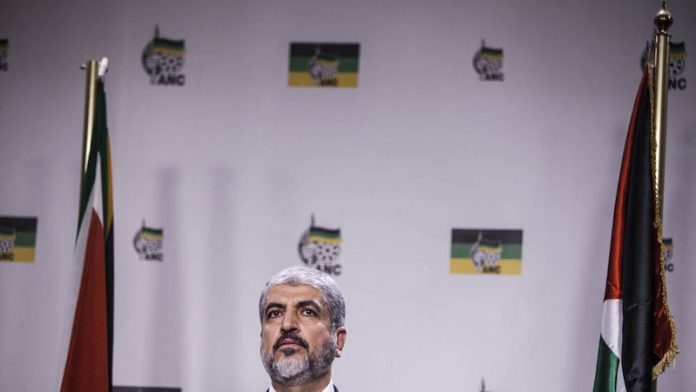 The Israeli government sustains its occupation of Palestine with fear. Fear of the Palestinian “demographic threat”. Fear of Iran. Fear of Islamic State.

This siege mentality – so reminiscent of the tactics employed by the South African apartheid regime to sow fear into the white population – manifested itself most clearly during the ANC’s recent hosting of Hamas’s political leadership in South Africa.

Taken straight out of the swart gevaar handbook, various statements denouncing the Hamas presence in South Africa issued by the South African Zionist Federation, South African Jewish Board of Deputies and the Freedom Front Plus, as well as the United States-based Anti-Defamation League all featured the word “terrorist”, and described how Hamas was – according to its charter – sworn to the destruction of the Jewish state and completely opposed to negotiations.

The statements were ridiculous when it was plain to see that Hamas had clearly moved away from its 1988 charter. Throughout his four-day visit to South Africa, Khaled Meshaal, Hamas’s leader, spoke at length about an independent Palestinian state in the West Bank, Jerusalem and Gaza, based on 1967 borders, with the right of return for Palestinian refugees. Hamas had committed itself to a just political solution – not merely a “two-state solution” where a Palestinian ‘mini-state’ has its major cities cut off from each other, its government unable to control its own water resources, develop its agriculture, or manage its trade with neighbouring states.

In a joint statement, the South African Zionist Federation and South African Jewish Board of Deputies again invoked the Hamas charter, claiming that its “core ideology … is underpinned by a rabid hatred of the Jewish people.” Yet, on the day the statement was issued, Meshaal was scheduled to meet progressive Jewish groups in Johannesburg.

“The problem is not Judaism or Jews, it is the occupation,” he said repeatedly during interviews.

Meshaal said the Hamas charter is no longer a true expression of its overall vision, and does not reflect its current thinking. Hamas uses its election manifesto, and more recent documents, to describe its overall vision and objectives.

For Israel’s apologists, however, Hamas has not gone far enough, and they demand that the movement formally abrogates the charter.

The charter of Israel’s ruling Likud Party “flatly rejects the establishment of a Palestinian Arab state west of the Jordan River [in the West Bank].” Defenders of Israel will say that this is just an “old” statement of principles not reflective of the party’s actions in power. But has Likud been asked to formally distance itself from its charter that calls for the destruction of a Palestinian state?

Should the ANC formally distance itself from the Freedom Charter, because many South Africans can argue that the charter no longer represents the policy and values of today’s ANC? After all, the doors of learning have not been opened to all. The land has not been shared among those who work it.

Meshaal has maintained that Hamas will continue to resist occupation by all available means, including armed struggle – an inalienable right enshrined in the United Nations general assembly’s resolutions, the Fourth Geneva Convention and its subsequent protocols.

“Where there is occupation and oppression there is resistance. Resistance is a duty,” Meshaal said.

We honour Nelson Mandela as a hero because of his resistance to, not because of his subservience to, apartheid repression. The Warsaw Ghetto uprising by the Jewish population against Nazi occupiers, is a source of inspiration. Jews who joined the armed resistance in Poland, and other places under Nazi occupation, are heroes, not just for Jewish people – but for all of humanity.

Israel’s defenders sell the South African, particularly Mandela’s, narrative as only one of reconciliation. Have we forgotten that Mandela refused PW Botha’s offer of an early release if he renounced the armed struggle? Or that he defiantly declared on the day he was released from prison that “until apartheid has been dismantled, there is no reason why we should consider suspending the armed struggle.”

We are proud of the reconciliation dimension to our story. But for Palestinians, the essential narrative we have to offer is one of solidarity, reconciliation and resistance.

Viewed through a lens of fear, it is easy to dismiss a group as “terrorists”, sworn to violence and destruction. According to this narrative, they are undeserving of a seat at a negotiating table. Through internal resistance and international boycott, the “terrorists” in South Africa found a seat at the table and had a stake in ensuring a lasting peace.

Those who claim to care about Israel, will encourage the Israeli government to replace fear with courage, so that this can happen for Palestinians and Israelis too.

Suraya Dadoo is a researcher for the Media Review Network, a Johannesburg-based advocacy group, and co-author of Why Israel? The Anatomy of Zionist Apartheid: A South African Perspective (Porcupine Press)