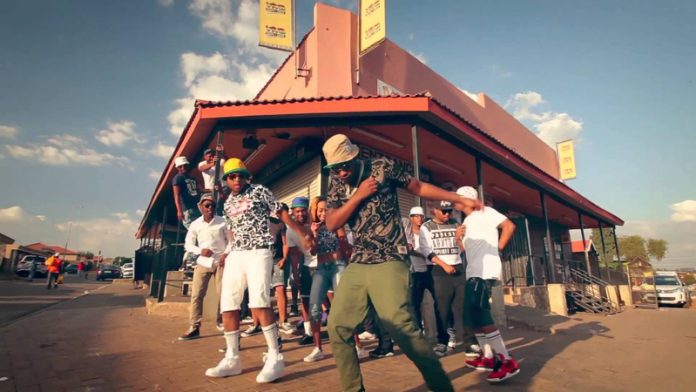 Downtown opens more like English music producer Mark Ronson’s 2015 chart-topping single Uptown Funk, which features singer Bruno Mars. In the video we see Haggerty dancing in the street with his crew, riding motorcycles through town and spray painting walls. Downtown, which was directed by Haggerty and Lewis, is a quirky and fun video, a contrast to the other videos that were nominated for the EMA best video award. All four contending music videos are far from chirpy and sunny. They touch on themes such as police brutality, oppression and empowerment. It’s refreshing to see videos that tap into social ills being given shine by pop culture.

The Mail & Guardian spoke to South African music video director Bruce Patterson about the craft. Patterson, who studied at the New York Film Academy in Los Angeles, founded the production company Pilot Films in 2010. He and his team have since directed videos for chart-topping hits such as KO and Kid X’s Caracara, Donald’s Unpredictable, DJ Kent and the Arrows’s Spin My World and DJ Clock and Beatenberg’s Pluto (Remember You). He recently worked on Mi Casa’s Africa Shine short film series.

How did you get into the music scene and when did you direct your first music video?
I’ve always been a big fan of music videos. From a young kid, I’d always have the channel on MTV. I was the series producer of Live, the country’s leading music show, for two years before starting up Pilot Films in 2010 to specialise in creative short form entertainment content. My first music video was in February 2010, when I directed Mr Selwyn’s Get ‘Em Up.

What elements, in your opinion, make a “good” music video?
Location and styling are the key factors for any music video. Look at any top international video – they all have visually appealing settings and their wardrobe is always on point.

Who are some of the music video directors that you admire?
To be honest, the majority of today’s talent remains largely unknown to the public. Right now I’m a big fan of the Daniels, directors of Lil Jon Turn Down For What. Their ability to take an oddball idea and run with it as far as humanly possible shows off their confidence. Their videos also spread through the internet like wildfire.

What do you think of the quality and content of local music videos at the moment?
Budget is everything and unfortunately in South Africa we don’t have a lot. There is the exception, but the vast majority of artists in SA have an average budget of between R30 000 and R50 000. You can’t compete with an international market with these kinds of budgets. Having said that though, tight budgets do allow for greater creativity as you need to think out the box at all times. With cameras becoming increasingly cheaper, the gap between local and international is closing.

Which music video did you enjoy working on the most?
To date, my favourite video that I’ve worked on has to be Teargas’s Goodfellaz, which was nominated for best video at the South African Music Awards (Samas) in 2011.

What are some of the challenges of directing and putting together a music video?
In my experience, the biggest challenge is working within a tight budget, as well as dealing with artist punctuality. If guys arrive on set late, which is quite often, then it puts a lot of pressure on the director to get everything shot within the time remaining.

What do you think is still lacking in local music videos?
Original creativity. Most of the local directors I see copy material directly from international videos. One of the urban videos nominated for this year’s Samas was a direct copy of an international classic. This is not on. We can’t improve the quality of our local content until we start thinking out the box. I’m proud to say that at Pilot Films we strive for fresh, unique ideas.

Which musician would you really like to work with?
I’d love to work with Pharrell Williams. I love his energy and his creativity. He strives to push boundaries, which is something I believe in.