Q&A with Tom Hanks: In defence of fairness 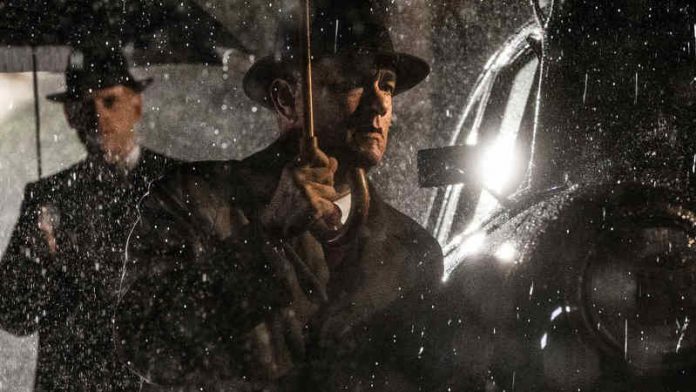 Steven Spielberg’s new movie, Bridge of Spies, is based on historical events during the cold war. Tom Hanks plays American lawyer James Donovan, who was tasked with defending in court a KGB spy caught by the authorities in the United States. Donovan, originally an insurance lawyer, made an unexpected success of the defence, and was later given the job of negotiating a prisoner exchange with the Soviet Union and East Germany.

Tell us about the character you play.

His defence of the KGB spy, Rudolf Abel, was unusual, wasn’t it?

Donovan felt that Abel was just a guy doing his job – he’s a spy, and we have guys over there doing the same thing for our country. We cannot be so hypocritical as to send this guy to the electric chair for doing a job that he’s been sent to do.

Amy Ryan plays Donovan’s wife, Mary. What was working with her like?

There is no woman in the world who is going to like her husband taking a job that causes a bullet to be fired into their house.

But, on the other side, there is this sense that she is going to trust the man she married and have faith that he will take care of it.

Working with Amy was amazing. It looked as if she was hardly doing anything, and yet she was doing everything all at the same time.

I’ve got to learn how to do that. I always end up making too many faces and talking too much, but Amy was this kind of rock, and in our scenes we talked as real, burdened, tired human beings that were part of something greater than themselves, which demonstrates who those characters really were.

Is it different, working with Spielberg, than with other directors?

Steven thinks in cinematic terms. When you show up on Steven’s set, it has already been built, not only physically, but deep inside his head. Your job is to do exactly what he wants you to do, but he also expects you to add in all the little things.

He has the film cut in his head long before we even get to the set. He reads the screenplay thousands and thousands of times, over and over and over again, so he knows what he’s going to be doing, cinematically, five weeks from now.

A lot of work was done making the locations as authentic as ­possible. Did you feel that authenticity on set?

There was not a single day when we didn’t show up on the set and think: “Holy cow, this is not just an odd ­little recreation, this is a three-dimensional, authentic, holographic representation of what it was.”

What production designer Adam Stockhausen was able to do with the Berlin Wall, finding that perfect crossroads in the city of Breslau in Poland that matched up so well to the architecture of the time, was truly amazing.

What stuck with you from the film?

Lots of people thought of James Donovan as a traitor, but he didn’t let it discourage him. He thought they were idiots for thinking that, because he knew that by defending this man, he embodied the qualities of a true American. For anyone looking for an introduction to the cold war, Bridge of Spies is it.