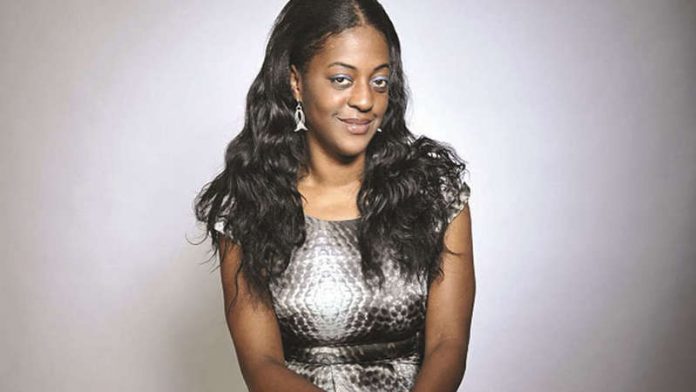 If there’s one thing British comedian Ava Vidal does very well it is sarcasm. In her hands, the so-called lowest form of wit becomes something of a singular weapon, which she wields to subvert racism, patriarchy and the banality of pop culture.

It is also often a way for her to soften the blow of topics she refuses to shy away from. “The comedy world in the UK is very cliquey. If you say things that they don’t like then you just don’t get to work that much anymore,” she says on the phone from the United Kingdom.

Because of the British scene’s parochial nature, Vidal says producers often stick to a trend for a good while before letting it go. “When I first started on TV, people were interested in me, and for the next two years there were a lot of female comedians who were very whimsy and very surreal. That became trendy and I just wasn’t fashionable really.”

Vidal says Stewart Lee, who was part of Lee and (Richard) Herring and the Stewart Lee Comedy Vehicle series, always advises not to change what you do, because sometimes it’s fashionable and sometimes it’s not.

To navigate the peaks and troughs of Britain’s comedy industry, Vidal “moves around a lot”, writing columns for the Telegraph on racism and sexism, doing TV discussion shows and radio spots, where she dissects current affairs. “I think what I do at the moment isn’t fashionable, but I’m getting asked to do certain things again because, politically, the landscape is really changing here.”

She says, with the leader of the British Labour Party, Jeremy Corbyn, being a socialist, she is getting asked for commentary, because “there are a lot of comedians that either don’t engage politically or they just don’t understand what’s happening”.

“People are very reactionary when you talk about those subjects,” she says. “The first thing they’ll say is, ‘Oh, you’re not funny and I don’t think I’ll ever see your comedy again. You’re not fun anymore.’ And I’m like, well, I don’t really care.

“When it comes to that kind of thing, I guess you’re going to have to go out and find your particular audience.”

In a debate at the Oxford Union earlier this year on the topic Feminism Has Been Hijacked by White Middle-class Women, Vidal spoke on the importance of intersection in feminism, making the point that women often experience different privileges in different settings.

“I’m not a petite woman or anything like that. So, if I’m carrying something and I’m struggling with it, there’s no guy who’s gonna go, ‘Let me take that for you.’ They’ll be like, ‘Look at the size of you, carry that yourself.’?”

Because Vidal’s style of humour is conversational, she is sometimes caricatured as “diffident”, as a reviewer once called her. But that tone is arguably the best vehicle for the understated bite of her lines.

“People … expect black women to be very loud, they expect you to be shouting all the time, they expect your head to be bobbing from side to side. And when you don’t give them that, they are not sure what to do with you or where to place you … I could be talking to a friend before I go on, and the only difference on stage would be that I have a microphone on.”

Besides trying different platforms to ply her trade, Vidal also travels. She has been to South Africa every year since 2009 and has developed a feel for the country’s comedy. She names Kagiso Lediga, Conrad Koch, Stuart Taylor and Loyiso Gola among her favourites.

“I like Loyiso Gola a lot. I have worked with him and I have seen audiences be really pissed off and he just doesn’t care.”

Besides keeping an eye on the comedians and the astuteness of South African audiences, Vidal has also been following the #FeesMustFall movement with a keen eye. “This happens with black cultures all around the world. You had Nelson Mandela in 1994 and you think, oh my God, we have won. It’s the same thing in 2008 in America, seeing that black family as the first family of America is a powerful, powerful image. And for people who are still alive, who lived through segregation, you can’t take that joy away from them.

“But I think people have to say, what has really changed? Is it a symbolic change or is it a proper one, and in South Africa it hasn’t been [a proper one].

Ava Vidal will perform three sets as part of the Johannesburg International Comedy Festival. For more information go to jicf.co.za