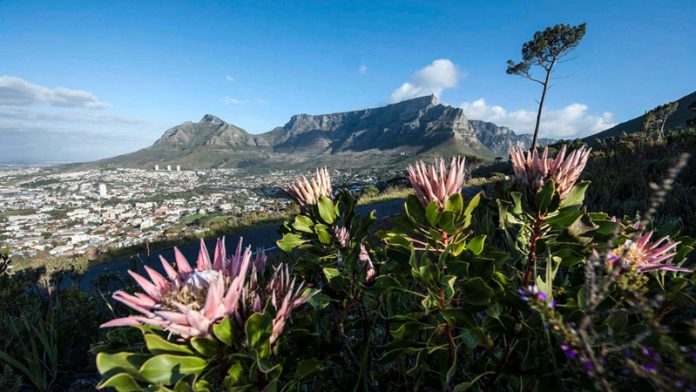 In every plant and animal, there is a unique code – its DNA – and scientists from around the world, including South Africa, are collecting these ciphers in an effort to document and protect Earth’s biodiversity.

The International Barcode of Life is a global initiative “aimed at co-ordinating efforts of people around the world in surveying biological diversity through DNA barcoding”, says Alex Borisenko, the director of international programmes at the University of Guelph’s Biodiversity Institute of Ontario in Canada.

The institute is part of the initiative and, in an article published in 2003, the university’s researchers first showed that it was possible to use a section of DNA to distinguish between species.

Established in 2010, the project now has nearly 30 countries ­collecting standardised DNA ­barcodes from the plants and ­animals in their territories and from neighbouring countries.

In the 250 years since Swedish scientist Carl Linnaeus founded the field of taxonomy, scientists have identified and named about 15% of the species on the planet. According to a study published in the scientific journal PlosONE in 2011, there are about 8.7-million multicellular ­species on Earth, give or take 1.3-­million. About 1.2-million of these ­species are known to science.

“Historically, we concentrated on the taxonomical aspect (of species description), the descriptive approach. What we are doing is [turning] analogue [in]to digital,” Borisenko says. “If you picture the entire genomic DNA as the text of a book … we’re looking at the ISBN [International Standard Book Number]. There is a global repository for all the books that are out there, and enables people to identify the name of the book by scanning the ISBN. This is where the term DNA barcoding comes from.”

To date, half-a-million species have been barcoded, the organisation says. This genetic information is stored in the Barcode of Life database (boldsystems.org), which allows researchers and the public to search the database. For example, searching for the terms “South Africa” and “threatened” turns up almost 65 000 records, representing 4 700 species.

South Africa has been involved in this project since 2011. The African Centre for DNA Barcoding, which focuses on plant material and is based at the University of Johannesburg, says: “Southern Africa has the richest temperate flora in the world, with more than 24 000 taxa of 368 families, including more than 10% of the world’s vascular plant flora on less than 2.5% of the Earth’s land surface area.”

However, these databases of genetic material of plants and ­animals are not just for academic purposes. Former science and technology minister Derek Hanekom says: “Knowing the species to which a plant or animal belongs is a core issue in biological sciences … Species identification can also be critically important to our environment, food supply and economy.

“Two insects can appear identical but, while one could be benign the other could be an agricultural pest that could endanger food ­supplies and cause … economic hardships.

“Most species of fish are reasonably easy to tell [apart]. Once they have been processed for sale to ­consumers as fillets or canned ­products they can become nearly indistinguishable. The same is true for many ­endangered species that are traded illegally as food or medicinal ­products,” he says.

Earlier this year, South Africa, through the department of environmental affairs and the South African National Biodiversity Institute (Sanbi), became involved in the ­Bar­code of Wildlife project, which is creating a database of endangered animals and plants in the country.

“Illegal traders often strip off all the leaves of such threatened plants, leaving only the trunk, so that authorities would have no clue to identify the species as illegal for trade,” Sanbi says. “This makes prosecution nearly impossible, which, in turn, means that the trafficking of endangered species is still international big business, worth tens of ­billions of dollars every year.”

The DNA reference library “will allow for the accurate identification of threatened plant and animal species, and can be used by government agencies for border inspections and courtroom prosecution”, Sanbi says.

“Barcoding of all species is not feasible,” Hanekom wrote in response to parliamentary questions in 2013. “But priority species are those where identification of species is important for conservation (such as threatened species, indicators for water quality or ecosystem functioning), or for the national economy (such as agricultural pests, traded plants and animals), or for human health (disease vectors, poisonous plants and animals, medicinal plants). There are about 20 000 species that all fit into these categories.”