The rise and fall of Lonmin 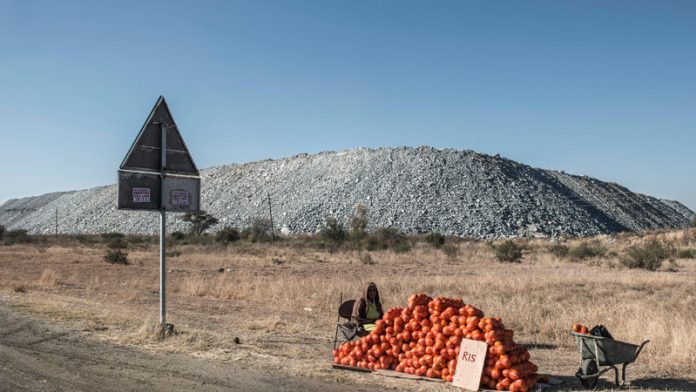 From Cecil John Rhodes’s legacy in Southern Africa to takeover battles gripping the British public and a massacre at one its mines, the 106-year-old epic that is Lonmin risks entering its final act.

The company, whose businesses spanned gold mining, hotels, textiles and newspapers in the 1980s, later focused its efforts on platinum and is the world’s third-largest producer of the metal. But management warned on Wednesday that it might have to shut down should shareholders reject a $400-million stock sale as it succumbs to the slump in commodity prices.

Should investors decide not to cough up the money, one of Britain’s most prominent companies of the 20th century and a symbol of the country’s blend of imperialism and capitalism would be consigned to history less than two decades after the death of the man who built it.

“It has gone from darling of the stock market to completely distraught,” said Bernard Swanepoel, who has been in the mining industry for 30 years and was chief executive officer of the Harmony Gold Mining Company. He owns Lonmin shares. “It’s a cyclical business, but no one could have predicted the perfect storm of circumstances.”

A failed attempt to mechanise in the mid-2000s, the killing of protesting mineworkers by police at Marikana in 2012, a five-month labour strike last year and a 57% drop in the platinum price since 2008 has left Lonmin on the brink of collapse.

In addition to selling new stock, Lonmin aims to refinance $370-million in debt to stem losses from falling metals prices. Investors are due to meet on November 19.

South Africa’s Public Investment Corporation, one of the company’s biggest shareholders, backs the share sale, but Lonmin’s future remains precarious and its place in corporate history all the more remarkable.

Founded in 1909 to acquire mining rights in Northern and Southern Rhodesia, now Zambia and Zimbabwe, the heyday started when Roland “Tiny” Rowland took over as chief executive in the 1960s.

Under his leadership, the company’s precursor, Lonrho, turned into a conglomerate that owned London’s Observer newspaper, Princess Hotels and Volkswagen dealerships, with a few fights along the way that made Rowland and the company into household names in Britain and popular among small shareholders.

Earning his ironic nickname because of his towering frame, Rowland, who died in 1998 at the age of 80, battled his own directors in the courts. Then prime minister Edward Heath in 1973 called Lonrho the “unpleasant and unacceptable face of capitalism”.

Later, Rowland led a high-profile, bitter and ultimately unsuccessful scrap with Mohamed al-Fayed for control of the London department store Harrods. It involved Rowland reporting to police that al-Fayed had broken into his deposit box at the store. The Egyptian settled the dispute with Rowland’s widow.

The late 1990s saw Lonmin reconfigure to focus on platinum and other metals. A company presentation in 2001 said the platinum business had been “buried within a conglomerate”. Lonrho still exists as a company that invests in food supply-chain management in Africa.

“People liked the platinum story – Chinese demand, stricter car emissions standards, no one mentions that anymore – and Lonmin was the only major producer listed in the United Kingdom,” said Andrew Lapping, who helps manage R458-billion at Allan Gray in Cape Town. “The company was extremely profitable for some time.”

Between 2005 to 2007, the stock soared more than 350%. Under then chief executive Brad Mills, the company attempted to mechanise in the mid-2000s, switching from tens of thousands of workers using hand-drills to larger drilling machines.

“It was a complete failure and is the root cause of the company’s current problems,” said Lapping.

The wheels started to come off in 2008. The global financial crisis gave way to a collapse in commodity prices and a plunge in platinum prices. The company raised about $457-million from shareholders in 2009 and $817-million in 2012.

The slump has only deepened this year. Earlier this week, the company said it will write down the value of its assets by more than half by taking an impairment of as much as $2.05-billion. The current market value is $210-million, down from $13-billion in 2007.

“The equity holders made good returns for a number of years, but they’re also the first in the queue when there’s significant value destruction,” Swanepoel said. “That’s capitalism.” – © Bloomberg