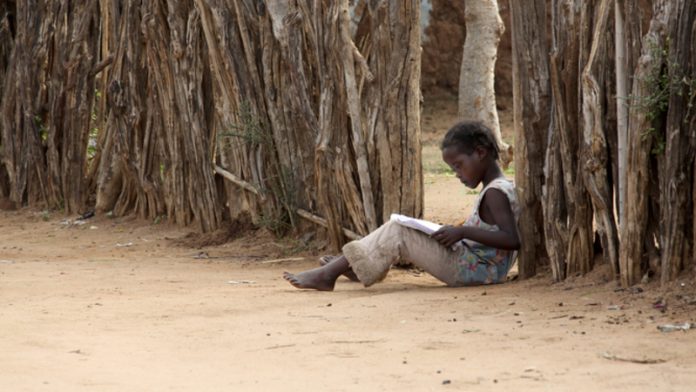 South Africa’s education system is widely accepted to be in crisis. An alarming number of its children are functionally illiterate and innumerate. Many schools do not have adequate equipment, infrastructure or even basic necessities such as furniture.

In this context, could improving access to textbooks make any

The answer is yes. Textbooks matter. That’s why their absence from one South African province’s classrooms made headlines in 2012. The department of basic education failed to deliver textbooks to pupils in Limpopo province that year.

This led to a court battle between Section27, a public-interest law centre that focuses on health and education rights, and the government.

The court found in Section27’s favour, with the judge ordering that the department urgently deliver

That wasn’t the end of the matter.

All and a number of Limpopo

schools because not all the province’s schools had received the

textbooks they needed that year.

In May 2014, Judge Neil Tuchten of the high court in Pretoria ruled that the department had violated children’s rights to a basic education.

Tuchten ordered the department to provide a textbook to every pupil for every subject by the start of every school year. The department appealed this ruling, a matter

now due before the Supreme Court

Tuchten in his judgment said: “Textbooks have been part of the stock in trade of the educator for centuries. There is something special about a book. It has a very long life, far longer than that of the individual reader. It is a low-tech device. It is accessible to anyone who can read the language in which it has been written. During the hours of daylight it can be read without any other supporting technology at all. It needs no maintenance except the occasional strip of adhesive tape.”

Some of South Africa’s foremost education researchers agree. They have found a positive correlation between access to textbooks and pupils’ results. Here’s why, in a country as unequal as South Africa, textbooks matter so much.

Education researchers are reluctant to pinpoint a single cause for a child’s poor performance at school. But many agree that having access to textbooks is an important contributor to improved performance.

reading tests to Grade 6 pupils (who are on average 12 years old) and to their teachers.

In an analysis of the results, Stellenbosch University economist Nic Spaull found that 27% of South Africa’s Grade 6 pupils were functionally illiterate and 40% functionally innumerate.

Limpopo, centre of the textbook crisis and court cases, recorded the lowest reading test results: 49% of the province’s Grade??6 pupils were deemed to be functionally illiterate.

Spaull’s research also measured the effect of access to textbooks on educational performance. He found that pupils with their own reading textbooks, or who share with not more than one other pupil, “perform significantly better” than those who have to share textbooks with more than one other classmate.

In the Limpopo textbook case, the department of basic education argued that teachers can fulfil the function of textbooks.

But research suggests otherwise. In many cases, teachers had limited content knowledge in the subjects they teach.

Data from the pan-African study shows that only 32% of South African teachers had the required levels of content knowledge.

The function of a textbook is

essentially to guide the teaching

and learning of the curriculum in a particular subject.

This relates to family literacy and practices in homes and communities that can help children prepare for school. It includes exposure and access to books and other printed materials.

But South Africa is not a reading society: the country’s deputy president, Cyril Ramaphosa, has said that only 14% of South Africans are active book readers and a mere 5% of parents read to their children.

Where pupils do not have access to books in their own homes textbooks can potentially remedy this deficit.

There is no single magic bullet that will solve South Africa’s educational problems. But there is clear evidence that access to textbooks is an important part of the solution. – theconversation.com

No time to make decent textbooks

Learning to live in a material world