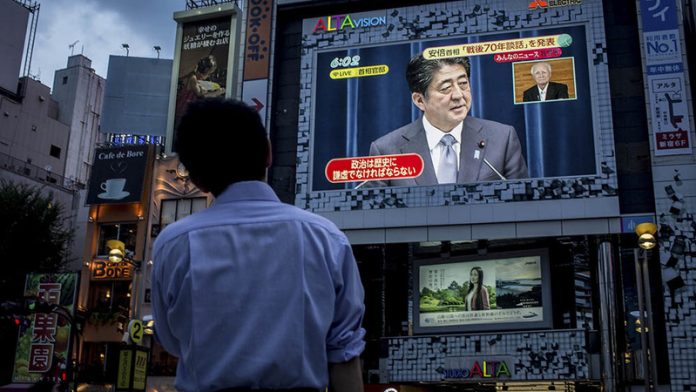 Every first-year economics student is taught that if government prints money through its central bank then this will ultimately result in prices rising – inflation.

If you double the amount of money in circulation in an economy then all that will happen, according to the theory, is that prices will double. If a government tries to fund its deficit spending by printing money, it ends up with inflation and, in the worst cases, hyper-inflation, as was the situation in post-World War I Germany and more recently in Zimbabwe up to 2009. They are cited as classic cases of what happens to countries that do not listen to the rules of classical economics.

Many Africans are well aware of the tragedy that befell Zimbabwe when its economy collapsed after 2000 and the government funded its operations by printing money. In Zimbabwe’s peak month of inflation in mid-November 2008, it is estimated inflation was at an incredible 79.6-billion percent. In 2009, the joke in Harare was that it was dangerous for pensioners to collect their meagre pensions with a wheelbarrow because they ran the risk of being robbed – of the wheelbarrow.

I have on my wall a Zim$50-trillion note, which was not the largest, but at the time of issue in 2008 it was not enough to buy lunch.

In the case of Germany, it was forced to pay massive war reparations to the other belligerents, such as the United Kingdom and France.

Zimbabwe’s economic collapse stemmed also from the high costs of the second war in the Democratic Republic of Congo and the war waged against the white commercial farmers, who were the backbone of the old Zimbabwean economy. Once the maize export sector collapsed, along with other agricultural exports such as tobacco (which has partially recovered), the Zimbabwean economy went into free fall.

It is in this context of the Congo war and massive and violent social change that the Zimbabwean hyper-inflation can best be understood.

But a world away, Prime Minister Shinzo Abe of Japan is also facing a massive economic problem. The Japanese economy remains in many ways the envy of the rest of the world. Although Japan’s gross domestic product (GDP) per capita was a relatively low $36 000 in 2014 (it is ranked the 27th-richest country), unemployment is about 3% and it has a balance of payments surplus of 3% of GDP.

So what could possibly be the problem with such an economy?

Behind the rosy numbers lies a moribund, aging and static economy, and Abe is running a frightening budget deficit of 7% of GDP just to keep it where it is. The national debt of Japan is an incredible at 226% of GDP.

Based on deficit spending alone, the Japanese government makes the Greek kleptocrats who ran their economy into the ground and helped to create the eurozone crisis look like fiscal conservatives. Yet Japan is able to borrow money on the global bond markets for 10-year bonds at the lowest rate (0.3%) in the developed world, other than Switzerland.

How does Abe intend to deal with Japan’s structural deficit and ballooning debt? Last year he tried the conservative approach by raising the country’s VAT from a very low 5% to 8%, which was supposed to narrow the deficit and provide revenue to pay off the outrageous levels of national debt.

Instead, it sent Japan into recession and Abe quickly abandoned the second tranche of VAT increases, which would have seen VAT rise to 10%, barely half of what it is in countries such as the UK. Tax increases that would eliminate the deficit are not going to work in Japan.

It would now appear that Abe­nomics is about to take a leaf out of Mugabenomics. Even though Abe has not gone to war and he has not implemented policies that will obliterate the export sector, he has started printing money in a very big way.

The Bank of Japan (BoJ), following the US and the European Union before it, has started buying government debt on the open market with money that did not exist before. The BoJ is just beginning this and the rate of purchase of government securities has been so rapid that the BoJ now owns 32% of the government’s debt, up from 23% a year ago.

But the most frightening and interesting possibility is that, if the BoJ increases its purchases of government securities to ¥100-trillion ($812-billion) a year by 2026, the BoJ will own – or have nationalised – all the nation’s debt.

This will mean the national debt will cease to exist because the BoJ is owned by the government of Japan.

To bankers, economists or anyone raised on what once passed for sound economics in the 20th century, it seems like the topsy-turvy world of Alice in economic wonderland. But it has become the new normal.

The question is: When the government has printed the money needed to buy high levels of government debt, what happens to that money – if it’s not eaten up in higher prices, as was the case in Zimbabwe in 2009?

There is almost no inflation in Japan and the opposite, deflation, is one of that country’s main problems. But a large part of the increased liquidity created by quantitative easing has gone to stock market purchases by those who have access to bank credit.

Managers of large corporations, who are often partly remunerated on the basis of the value of their com­pany’s shares, have been buying significant amounts of assets, often their own company’s shares, with debt that is extraordinarily cheap.

The moribund Tokyo Stock Exchange, which has struggled to recover from the crash in the early 1990s, has shot back into life, with the Nikkei index rising 7% this year, the best of the major industrial nations.

When an unpopular nonagenarian African dictator does this, it is bluntly called printing money, but when respectable Western democracies do it, it is politely and deceptively called quantitative easing. It all amounts to the same thing.

The fact is that since the 2008 global crisis we remain in unchartered economic waters. From Tokyo to Washington and Brussels, printing money as a policy instrument has taken on a new lease of life, though few honest economists will dare to say they know with any certainty what the real long-term consequence of this will be on the global economy.

These are the views of Professor Roman Grynberg and not necessarily those of the University of Namibia where he is employed.