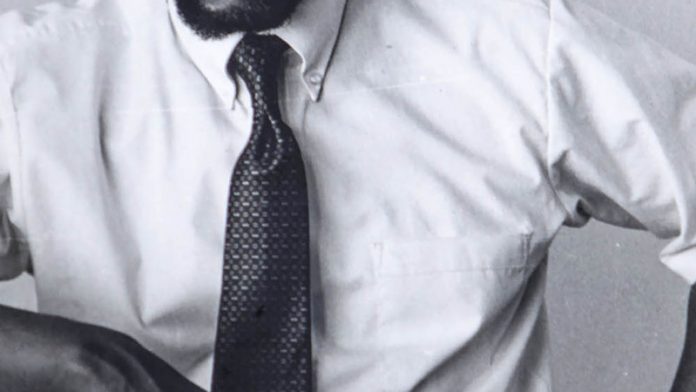 Stalwart South African journalist Thami Mkhwanazi died this week. Mkhwanazi was working at the Post newspaper in Durban in 1980 when he was sentenced to seven years in prison for conspiring to help people leave the country illegally.

He died of natural causes at the age of 75 in the early hours of Wednesday morning at Kalafong Hospital in Pretoria. He is survived by his wife, Grace, and six daughters.

“He was a loving father,” his daughter Vuyelwa Mkhwanazi-Poopedi told the Mail & Guardian. “He had six daughters and he acknowledged all of us. We were very proud of him because he fought for the nation, the country and our freedom.”

After his release from prison in March 1987, Mkhwanazi was hired by the Weekly Mail, as the M&G was then known.

His seminal series, later that year, about Robben Island was the first inside look at the daily life of South Africa’s most famous political prisoners. The first of the series, Inside Robben Island, remains one of his best-remembered pieces.

Below are some edited excerpts from the series.

Part one: 14 August 1987
Security on the Island, particularly in B-section where Nelson Mandela and other Rivonia trialists were kept, was so tight that some people had spent 10 years on the Island and had never cast eyes on Mandela.

After I had been in prison for a while, A-Section prisoners were allowed to attend weekly movies in B-section. Movies were chosen by inmates from a catalogue, and we saw all sorts: Sophie’s Choice was a hot favourite. So was Under Fire. The inmates like films related to struggles.

On June 21, 1982, five of us, including Harry Gwala, were ordered to pack our stuff as we would be transferred to B-section, where most of the ANC leadership were incarcerated. The others were Gwala’s co-accused, Anthony “Mfen Endala” (Baboon) Xaba, who is also doing life, as well as Naledi Tsiki and his co-accused in the 1978 “ANC 12” trial, Mosima “Tokyo” Sexwale. No reasons were given for this transfer.

I attributed my transfer to letters I had received from Mandela, which were found during a raid on the section. We had carried on a correspondence through the secret prison channels, but our code of conduct demanded vigilance. I regrettably violated this code when I kept Madiba’s smuggled letters longer than necessary.

Like many in South Africa, l idolised the man and destroying anything he wrote was the last thing I could do. I thought I would smuggle the letters out of prison on my release. Honesty was also demanded by the code of conduct. I voluntarily confessed to my colleagues that the letters had been taken during the search. My confession and the fact that I was a victim of Mandela’s magic got me off the hook at my disciplinary hearing.

There were some artists in prison. Sexwale painted watercolours, which some of us would hang in our cells. Other inmates played musical instruments, such as guitars and saxophones. Govan Mbeki, a Rivonia trial lifer, was one such guitarist. At Christmas every year, we would get together and put on a show for each other in the section.

Part two: 21 August 1987
Mbeki, the father of the ANC’s director of information, Thabo Mbeki, was notorious from the state’s point of view for what they considered his uncompromising communist leanings. Yet at weekends this same Mbeki would strum his guitar and play Afrikaans folk songs like “Hasie, hoekom is jou stert so kort? … [Little hare, why is your tail so short?]”

Mbeki had developed a strange habit of switching off the lights whenever he saw one on. Most people just attributed this habit to old age. But we were told that in the early Sixties, when he arrived, the authorities insisted that all the lights be turned off at night and when they were not needed. Since B-Section inmates refused to be ordered around by warders, Mbeki had been assigned the task of turning them off.

Elias Motsoaledi, 63, another Rivonia trialist, was the haircut man. But his real love was his garden. For years he had cultivated the area around the courtyard. He had planted grass and flowers and cared for them every day. He collected rain water by placing plastic drums under the drainpipes, carting them around to the flower beds when they were full, and reserving some for dry days.

He treasured soft water for his garden and when inmates had finished bathing he would collect the leftover soapy water for his flowers. It was an unofficial garden – not sanctioned by the prison officials. However, it was really beautiful and they turned a blind eye to it.

In the end, the prison officials themselves were proud of it and would show it off to visitors. At first everyone would pick flowers from the garden and put them in their cells. But this spoiled the garden, so a rule was made that only Motsoaledi himself could pick them. Every week, he would take a few flowers, put them in a tin or similar container and place them in the corridor or the dining room.

Part three: 28 August 1987
Wilton Mkwayi, a hardy lifer, had made the Island pigeons his love. Every day he would take some scraps – mostly samp – from the dining room into his cell. In the evening, he would open his window, which overlooked the courtyard, and throw the scraps out on to the concrete. By the time he opened his window, the pigeons would all have gathered outside and on the walls.

He would start talking to them, saying all sorts of things while he fed them. Some of the prisoners who cleaned the courtyard complained about the mess the pigeons made. But he insisted that it was both his hobby and his task, that it was how he had survived all his years in prison, so people left him alone.

The former general secretary of the ANC, Walter Sisulu, displayed a ready smile of the type that can win many over. An avid Scrabble player, he was generous enough always to offer his dictionary to the players.

There was one long discussion in which he expressed his views on what he considered various “myths” about the press: that a privately owned press is not a controlled press; that privately controlled newspapers are freer than those controlled by the government; and that there was no such person as an “unbiased journalist”. At the end of this discussion, a colleague said that Sisulu had chewed up liberal ideology.