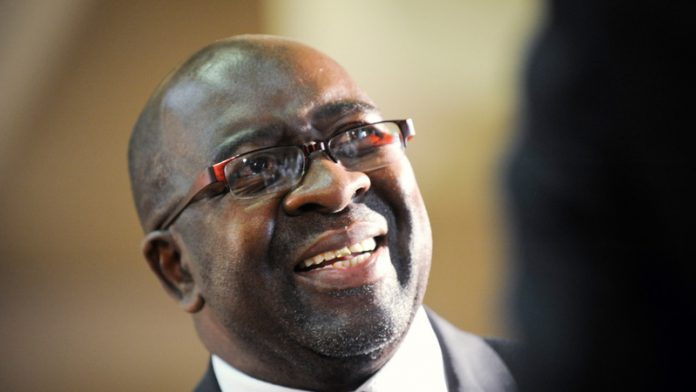 Finance Minister Nene was this evening, in our [Nomura’s] view, removed from his post by President Jacob Zuma on disagreements over nuclear affordability and shareholder oversight of SAA. He is replaced by David van Rooyen. We view this as a serious erosion of the institution of the national treasury that accelerates the credit and ratings negative story. Previous assumptions around contingent liability risks and shareholder oversight of parastatals as well as fiscal consolidation in the medium run must now be re-examined. As such, we view this as profoundly negative.

Over the past 10 years, the national treasury has slowly seen the political space in which it operates contract. This has happened with the change in ministers from Trevor Manuel to Pravin Gordhan and then Nhlanhla Nene, and especially on wider microeconomic policy issues. Core fiscal issues, however, have retained investor confidence and the treasury has (until now) always had the ability to undertake (sympathetic) fiscal conservatism.

The removal of a technocratically sound, decent, hardworking, well respected (at home and abroad), fiscally conservative and reform-minded finance minister is a serious blow to (portfolio and corporate FDI) investors for several reasons:

We believe fiscal is not the immediate concern here. The budget process for February is largely set already within the government, though with a weaker rand, higher borrowing costs and lower growth, some adjustments are needed. Our increased fear over fiscal is medium run now. We will have to judge the new minister on what he does at the budget, especially on revenues and the expenditure ceiling. Expecting massive shocks at this point is less likely.

We believe there is likely to be even less space for microeconomic reforms in the future after today’s move.

We are now even more firm in our belief that the national treasury director general Lungisa Fuzile’s contract will not be renewed in May 2016. We watch for if he exits early. Other staff, particularly key people around parastatal management and oversight, also need to be closely watched. Their departure, as well as the DG’s, would be a sign of more accelerated erosion of the institution.

There are also other possible reshuffles as the removal of Minister of Energy Tina Joematt-Pettersson and DTI Minister Rob Davies have been touted.

Today’s move reinforces our view that investors are rapidly becoming significantly and structurally more bearish on South Africa. We noticed this shift significantly in the last few days. The key risks are that the bond curve rerates higher from 8.80% towards around 10.0-10.5%, which would severely stress the budget. It supports our view of being long USDZAR and long SA CDS and underweight external debt.

A key question is what this will do to internal ANC politics, if those on the conservative centre left will see this as a step too far. Whilst we think this will play into the succession debate, we do not think those on the centre-left will see this as enough of a shock yet given the power structures in place; they will instead put more focus on 2017.

We worry that ZAR is becoming less of a USD and FOMC-related high beta trade (though that is still there in the background) and more of a credit and domestic idiosyncratic risk premia driver. As such, it is difficult to define where the upside target is in USDZAR, especially into December liquidity. However, 16.0 seems not an outrageous target. We will have to see where USDZAR settles, but in light of today’s event, our forecast will have to shift to see less chance of recovery from weak levels in the coming quarters as this credit story takes hold.

In summary, we must watch to see what happens with the new mnister and where Nene is redeployed. But this will add to investor perceptions that – with poor timing here and an uncertain choice of new Minister – the ANC is increasingly overlooking and disregarding the views of the market and investors. Whilst investors have no say over policy, and there is the constitutional prerogative of the President to appoint whoever he wants (and that’s the way it should be), SA must realise that with a net international and local borrowing requirement, the consequences have to be lived with.

Peter Attard Montalto is a research analyst at Nomura.