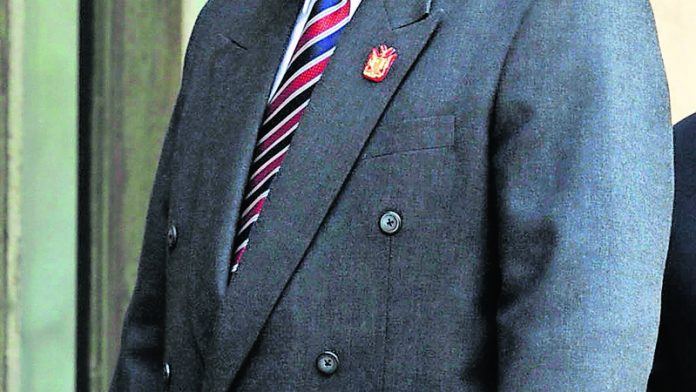 Sound and visionary political leadership is vital to every country. But it is particularly important in the developing world, where the challenges can be far greater and the institutions and traditions of democratic, accountable governance may not be as mature or deeply rooted.

The modern history of Africa stands testament to the effect of sound leadership on the one hand and inadequate leadership on the other. Africa has produced many outstanding leaders who have shaped the political and development trajectory of the continent for the better. But our continent has also seen too many examples where those entrusted with the responsibility to govern have widened divisions rather than healed them.

We have witnessed, too, leaders failing to separate their personal interests from those of their country, hoarding public wealth for their personal use and, in the process, pushing their people into poverty. For this reason, it is crucial to promote good political leadership and celebrate its successes on the continent.

This is the aim of the Ibrahim Prize, established by Mo Ibrahim, an exceptional individual who is one of Africa’s most successful businesspeople and philanthropists. Since 2007, the prize has been awarded to outstanding and outgoing African leaders. President Joaquim Chissano of Mozambique was the winner of the inaugural prize, followed by president Festus Mogae of Botswana and president Pedro Pires of Cape Verde.

In March this year I was humbled to learn that I had been selected to join these laureates after the independent prize committee judged me to be worthy of the 2014 Ibrahim Prize for Achievement in African Leadership. In accepting the prize, I made clear that I considered it an honour not only for me, but also for Namibia and its people.

The genesis of my selection can be traced back 25 years to when Namibia gained freedom and independence and put the machinery of democratic governance in motion, following our country’s first free and fair elections. Guided by the principles enshrined in our democratic Constitution, the Swapo government adopted a policy of national reconciliation as the foundation for consolidating peace, stability, socioeconomic development and progress.

At the core of this policy was the need to heal a country deeply wounded by decades of conflict, war and mistrust. This required that the country’s leaders institutionalise a governance framework that promoted a culture of respect for human rights, accountability and good governance that remains the mantra of Namibian political culture.

This history meant that, during my 10 years as president, I could count on a highly supportive administrative environment and a society that cherished the principles of good governance, the rule of law and accountability. It was the commitment of the Namibian people to promoting these time-tested values that made possible the modest achievements that were recorded during my tenure. It is why, above all, this award is a recognition of Namibia as a peaceful and democratic country.

But although I am immensely proud of my country and what has been achieved, I believe that the desire for good governance is something deeply shared across our continent. I also know that our continent is endowed with many outstanding leaders in different spheres who are determined to make Africa a better place.

During my tenure as president, I had the opportunity to interact and work closely with leaders whose personal qualities and commitment to improving the lives of the African people were striking. In many cases, they faced more challenging political environments than I inherited when I assumed office. Yet they were determined to make a difference for the better and took deliberate steps to achieve these goals. These leaders stand as examples of what is both possible and achievable in realising the full potential of Africa. The principles of leadership are, of course, universal, but a case can be made that the difficult challenges facing those who lead African countries and the lack of a democratic history do make particular demands.

What are these demands and how can they best be met? I believe the new African leader must strive to deliver peace, unity and equitable development. This means governing in the best interests of all citizens, regardless of their political, ethnic or religious affiliation. It also underscores the importance of full compliance with constitutional provisions for presidential term limits.

Africa will be better positioned to achieve our collective ideals for peace and stability, development and progress when leaders commit to prioritising the interests of the people and do everything in their power to achieve these goals while they have the mandate of leadership.

Through the Ibrahim Prize, the Mo Ibrahim Foundation is playing a crucial role in promoting a vision for accountable leadership and good governance in Africa.

Several countries, including Kenya and Senegal, have ordered their tertiary education institutions to shut down in an effort to stop the spread of coronavirus
Read more
Africa