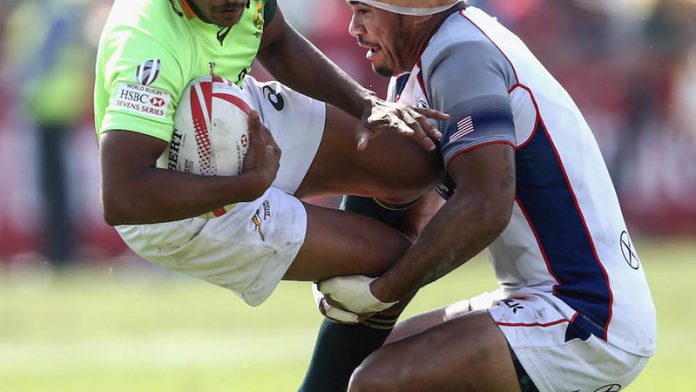 The most important Sevens season ever got underway in Dubai last weekend. In a foretaste of things to come, South Africa’s Blitzbokke lost in the quarterfinals to the USA, a result that would have been unthinkable three years ago.

The game-changer is the Olympics in Rio in August 2016, where Sevens will be contested for the first time. Suddenly nations that care little for rugby have diverted funds to the short form of the game.

The United States Olympic Committee sniffs medals and the happy amateurs of the past have been replaced by hardened professionals. So that South Africa should not feel quite so bad, the USA beat New Zealand in the play-off for third place.

For their part, the Blitzbokke won the Plate in Dubai in one of the sport’s more remarkable finishes. With time up on the clock, South Africa trailed Australia 7-14. Pinned on their own line, they benefited from two penalties to reach the Australian 22, whereupon Cheslin Kolbe contorted his body in a way that makes ordinary mortals reach for the painkillers, before creating a try under the posts for Kwagga Smith.

Extra time began with the Blitzbokke receiving the kick and playing their way upfield, before releasing the charging Francois Hougaard to score the sudden death winner. Hougaard has committed himself to Sevens this year, but, such is the speciality required in the modern game, his place is far from secure.

This week the tournament moves to the Cape Town Stadium for the first time. The tainted history of the venue – created for the 2010 Fifa World Cup on the insistence of the disgraced Sepp Blatter – will be forgotten by an expected full house of fans in holiday mode. The Blitzbokke will have to pull out all the stops to send them home happy on Sunday evening.