Tests of strengths and weaknesses 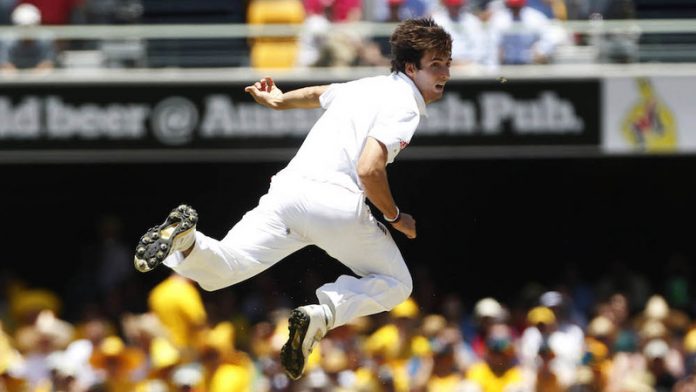 When Hashim Amla described the England team as being “very similar” to South Africa’s earlier this week, it was with typical understatement. The two teams appear to be remarkably evenly matched, sharing common strengths and weaknesses.

England were labelled a “four-man team” during their recent series against Pakistan in the United Arab Emirates. South Africa, too, have become reliant on a core nucleus of senior players and have the capacity to sink like a torpedoed ship if they fail to perform. The in-vogue expression in both camps is “a team in transition”.

Alistair Cook and Joe Root have scored almost all the important runs in recent matches, and James Anderson and Stuart Broad have dominated the wicket-taking. A similar theme runs through the Proteas XI, with Hashim Amla and AB de Villiers carrying the batting and Dale Steyn and Morné Morkel claiming the important wickets.

Openers
England captain Cook will have his eighth different opening partner since Andrew Strauss retired in 2012 and, though the inclusion of the ultra-positive but uncapped Alex Hales shows commendable initiative, it is also a gamble that will see his technique given its sternest test yet.

South Africa have reinstated Stiaan van Zyl to partner the “bulldog” Dean Elgar after his wretched tour of India and, though conditions will be entirely different and more suited to Van Zyl’s style, he is bound to be scarred by a haul of just 55 runs in five innings. SA 6, England 7

Middle order
Based on records and reputations, the home side should dominate the tourists in this department. Records and reputations count for nothing, however. Amla should never have exercised his captain’s prerogative and moved to number four and the team looks stronger with him at number three. If De Villiers needs extra time to recover after a day keeping wicket, he can switch with Faf du Plessis at four and five, but four is where the best batsman in the world should be.

Temba Bavuma will bat at number six, with JP Duminy once again reverting to the “extra batsman” position at number seven where he was so successful in South Africa’s rise to number one three years ago.

England, meanwhile, look paper-thin with a choice between two recalled but barely seasoned batsmen at number three. Nick Compton debuted as an opener and scored two centuries at glacial pace before being dropped largely because he was “hard work” in the change room. Gary Ballance has a stunning record against weak attacks and with four centuries in 15 Tests and an average of 47.5, but looked inept against the quality seam attacks of Australia and New Zealand. Neither man inspires confidence against the Proteas pace bowlers.

Root is world class as eight hundreds in 35 Tests and an average of almost 55 confirm. But James Taylor has played just three Tests and Jonny Bairstow, surprisingly guaranteed the ’keeper’s spot for the first Test ahead of Jos Buttler, averages just 26. Prolific at first-class level, both men have it all to prove at the summit of the international game.

Spinners
Dane Piedt is South Africa’s man in possession, although he is likely not to play until the New Year in Cape Town. He possesses more attacking options and variety than he displayed in his single Test in India but, vitally, proved that he was able to follow the captain’s instructions and bowl “tight” when required. The Proteas also have two excellent part-timers in Elgar and Duminy.

Chubby all-rounder Samit Patel admitted to chuckling when he heard he had been included in the Test squad, which is a clear indication of how highly he rates the chances of his left-arm spin featuring in the four Tests. Moeen Ali, meanwhile, will bat at number seven or eight and play as the frontline spinner. He rips his off-breaks as much as anyone in the world, which means he almost always takes wickets, and they are almost always expensive.

Root is regularly used for a handful of overs during a long day and presents a useful option for Cook.

Pace attack
England’s seam attack will be carried, as it has been for more than half a decade, by Anderson and Broad. The third seamer position, tipped to be a major area of concern after Steve Finn and Mark Wood were initially ruled out by off-season surgery requirements, has now become a strength following Finn’s remarkable recovery and late inclusion. The 1.96m pace man has as many bad days as good ones but can, and has, won Test matches on the good ones.

Ben Stokes may well be the premier all-rounder in the world and the fact that he bats at six means England have a permanent fourth seamer capable of genuine pace and searing reverse swing.

Left-armer Mark Footit and all-rounders Chris Jordan and Chris Woakes make up the reserve attack – good, solid county cricketers who provide excellent support. Cook would be happy to have any of them in his XI and may well be planning a rotation policy with coach Trevor Bayliss.

Vernon Philander has been ruled out of the first two Tests in Durban and Cape Town, which leaves a meaningful return unlikely – and a bonus. Steyn and Morkel will once again lead the attack, with a tough choice between the equally excellent Kagiso Rabada and Kyle Abbott as the third seamer. The chances are good that both will play at Kingsmead on Boxing Day, with Elgar and Duminy sharing whatever spinning duties are required.

England must make a fast start if they are to upset South Africa on home soil and get their own quest for the number one ranking back on track. Whatever may be said in public, the Proteas players and coaching staff took a beating in India and they will start the series tentative and in need of rapid confidence restoration. England know they need to strike hard and early.