Wits live up to their early PSL promise 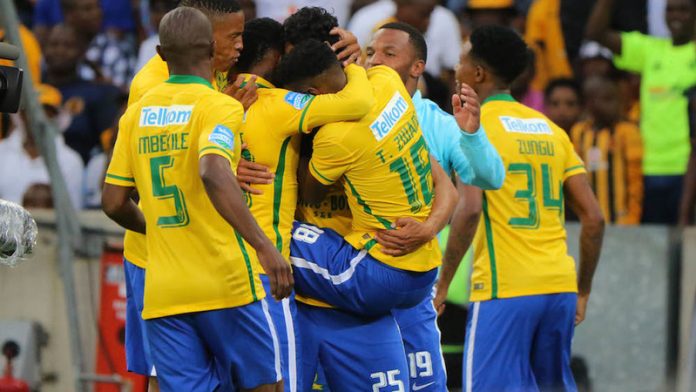 A lot of smart money at the start of the season suggested a first-ever league title for Bidvest Wits, and going into the last round of league games for the year this weekend, they are three points ahead of the chasing pack in the Premier Soccer League.

But the devastating manner in which Mamelodi Sundowns won the Telkom Knockout on Wednesday produced further telling evidence of their potential and offers the promise of an intriguing campaign ahead.

It is not yet the halfway point of the season but already there is a growing anticipation of an absorbing tussle to come.

We should get a few more pointers this weekend with Wits taking on a wounded Kaizer Chiefs, and Sundowns hosting Orlando Pirates, who are probably needing to shrug off a post-final celebration hangover.

Sundowns showed again their potential with quick play and attacking build-ups and had they not, yet again, been wasteful with their shooting would have scored more than the three they netted in the Durban final against Chiefs.

It was an impressive showing, highlighting the depth that is usually the key factor in winning a title.

At the same time, it highlighted the poverty of Chiefs’ options and, although they might have fought back to make a game of it, had they not squandered two penalties in Wednesday’s Telkom Knockout decider, there was no way they were Sundowns’ equals on the day.

The two clubs meet again in the league on January 9 in a clash to mark down on the diary.

But before that there is another stern test for Steve Komphela’s team.Chiefs are hosting Wits in the first of three home games they have moved to the Cape Town Stadium, on the back of a questionable use of ratepayers’ money. Whether paying Chiefs millions delivers a real return for the city is questionable but the size of Saturday’s crowd will be the first indicator of the legitimacy of the council’s agreement with the Soweto giants.

Chiefs will be much more concerned about redeeming themselves after the midweek defeat where Komphela’s selections were much about gambling, even if his hand was forced by the injury to Mulomowandau Mathoho. Leaving out Camaldine Abraw and Reneilwe Letsholonyane left Chiefs overrun in midfield and unable to effectively use the long balls they knocked forward. It was an opportunity for Pule Eksteen but, for all his skill and trickery, he is yet another of those players who can only contribute going forward. There is less and less place for them in the modern game.

Wits will have watched with more than just interest and after three weeks of preparing for the game are in an audition of sorts themselves.

They have assembled a quality squad over the years and have the feisty Gavin Hunt at the helm, a man with a proven record of winning championships.

Players like Sibusiso Vilakazi and Papy Faty have established good reputations but it is the teenager Phakamani Mahlambi who looks the most exciting prospect in the PSL in years.

But they have along history of imploding when the heat is really turned up in March and April and blowing their chances. Consistency is still a value Hunt is seeking to instil in his players.

Then there is the enigma of Orlando Pirates, who can now focus on the league after having their priorities skewed by participation in pan-African club competition over the past 10 months. They have a lot of catching up to do but they need to settle the issue of Eric Tinkler’s future as coach to remove uncertainty about their immediate future. Until such time as Pirates owner Irvin Khoza publicly gives the coach a definite mandate, speculation over an imminent sacking is going to continue and retard the atmosphere in the camp.

Reaching the final of the African Confederation Cup ensured Pirates achieved the biggest success of the year, although they were outplayed in the final by Étoile du Sahel of Tunisia.

Overall, though, the past 12 months produced another dire return for South African football, with Bafana Bafana botching two key 2017 African Nations Cup qualifying games and flopping at the 2015 finals, despite coach Ephraim Mashaba insisting he could win it.

Sundowns’ much-vaunted tilt at African Champions League success ended early yet again and Kaizer Chiefs’ annexing of a second domestic league title in three years was followed immediately by the departure of Stuart Baxter, frustrated by the machinations at the club. Also, not a single South African footballer made the transition from a local club to a similar-sized one overseas.

It is clear 2016 can only be better, particularly if the league offers an intriguing title race and Bafana Bafana find their feet by beating Cameroon in two must-win ties in March.