Suffragettes’ story still in the making 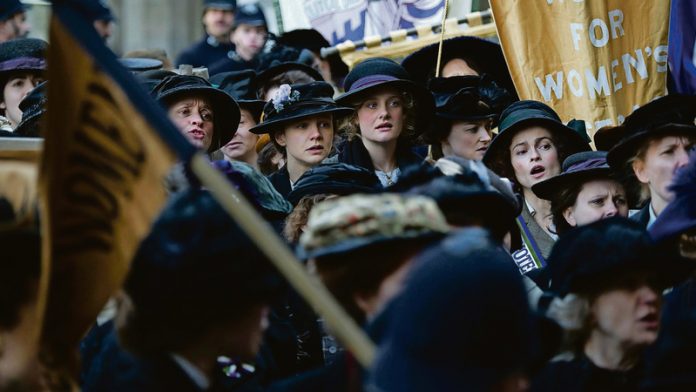 December 2015 will go down in history as a monumental moment for Saudi Arabia, which, for the first time, allowed women to cast votes in municipal elections. The country’s King Abdullah had announced in 2011 that women would be granted the right to run for office and to vote in the 2015 elections. But he died before he could witness the progressive step he took for  the country.

There have been many women who dedicated their lives to women’s suffrage but died before they could see the fruits of their labour. The film Suffragette, scheduled for release in South Africa on January 15, shines a spotlight on the women who were part of the suffragette movement in late 19th- and early 20th-century Britain. The historical period drama stars Carey Mulligan, Meryl Streep, Helena Bonham Carter and Anne-Marie Duff, and was directed by Sarah Gavron.

The suffragettes advocated voting rights for women in Great Britain and other parts of the world. Their stories are contained in the accounts and testimonies of working-class women and political activists such as Emmeline Pankhurst (played by Streep), who was the leader and founder of the Women’s Social and Political Union (WSPU).

For the film, however, screenwriter Abi Morgan zoomed in on events surrounding the death of the suffragette and Pankhurst’s confidante Emily Davison, played by Natalie Press.

Davison was hailed as a martyr by the movement after she reportedly “ran out recklessly” on to the Epsom racecourse during the 1913 Derby and was trampled by the king’s horse. She died from her injuries four days later in hospital.

Her death made headlines but to this day some historians are trying to figure out whether she deliberately placed herself in harm’s way to draw attention to the movement, or whether the incident was an accident.

Whatever the case, Davison’s death created discussion about what the suffragettes were prepared to do just to be heard.

The heartbeat of the film
Despite the real and inspiring individual stories of the movement, Morgan tells the suffragette’s story through 24-year-old Maud Watts (Carey Mulligan), a fictional character who is a laundress and a representative of working-class women. The film was in the pipeline for six years while Morgan reworked its plot and character storylines. In the end, she realised that Watts’s story was the heartbeat of the film.

Watts, unlike the strong women around her, doesn’t ooze confidence. She is more of a “I don’t want to start any trouble” type of person, who initially has a negative view of the suffragettes, a view shared by the people in her immediate environment, who single out the women activists.

But after following the suffragettes around for a while and attending their meetings and protests, her perception about them changes and she eventually joins the movement. Mulligan (Pride & Prejudice and The Great Gatsby) gives a stellar performance as a loving mother, wife and meek character.

The Watts character is one of the working-class women’s voices, whose stories focus on issues such as the abuse of women and children, custodial rights over children, property rights and gender equality in the workplace.

“What we decided to do [with the film], after a long time of trying different routes, was to focus it in on this one year, 1912 to 1913, when militancy was at its height,” Gavron said in an interview with TV channel Film4. “What we wanted was the story of the foot soldiers, of the working women, who were often at the vanguard of change in these movements. One of the striking things about the suffragette movement is it brought together women of all classes.”

But, despite that, it failed to join the hands of women of different races, as some white women thought that fighting for black women’s right to vote would hamper their campaign.

A reminder of our reality
The film does not feature women of colour, although Princess Sophia Duleep Singh was a prominent member of the WSPU in the United Kingdom, leading the ‘no vote, no tax’ campaign and marching with Pankhurst. There were thousands of other Indian suffragettes.

American suffragettes lived in a country where racial segregation was the norm in some states.

Given that the film’s production team believe strongly in gender equality, it would have benefited their vision at least to touch on the time’s racial segregation and lack of racial equality and not to omit historical faces.

Streep, an Oscar winner, got more time in the spotlight for wearing an “I’d rather be a rebel than a slave” T-shirt than she does in the film. The cast had donned the T-shirts for a Time Out photoshoot, but, although the slogan comes from Pankhurst, they were criticised for the use of the word “slave”, particularly with its connotation in United States history. The promotional tactic was deemed racially insensitive.

Suffragette does well in allowing each character’s experience to retell history. It doesn’t rely on grand costumes and other external factors to set the tone for the film or to create the atmosphere.

The viewer is placed in 19th- and 20th-century Britain for well over an hour, but is pulled back into the present when the closing credits roll up with a list of countries that have not yet granted women the right to vote. A reminder of our reality.