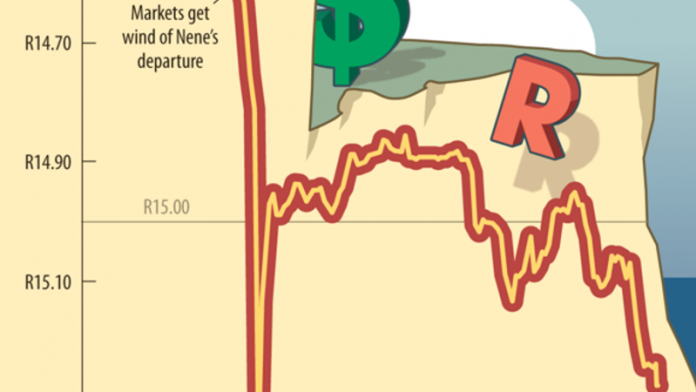 The Wall Street Journal reported this week that Barclays is poised to sell all or part of its 62% stake in JSE-listed Barclays Africa, which operates in 12 African countries. Nine million of the 12-million Barclays Africa customers are in South Africa, so the decision would have the biggest impact here. Barclays originally quit South Africa in the apartheid era by selling out of what became First National Bank. Its decision in 2005 to buy Absa was hailed as a vote of confidence in democratic South Africa and the continent as a whole.

Barclays is under pressure from investors to improve returns. The continent is suddenly less desirable as the fallout from the plunge in commodity prices may take years to work through. Analysts do not see obvious buyers for Barclays’s African banking interests even at ruling bargain-basement prices.

Since the 2008 financial crisis, banks globally have come under pressure from regulators. There are new capital, liquidity and transparency requirements. Global banks, which can often appear to be closer to criminal enterprises rather than paragons of financial respectability, have paid a string of multibillion-dollar fines for market manipulations and acting as intermediaries for hot money. Barclays has paid its share of these fines.

The ANC Youth League has previously accused Barclays of currency manipulation, and encouraging the collapse of the rand so that it could buy the currency cheaply later. Given the often sordid reputation of some global banks, it is perhaps not an unreasonable allegation.

But if the banks stood to profit from the collapsing currency, we would see bank share prices climb. Rather, they have been collapsing as investors have watched the inept bumbling of President Jacob Zuma and his associates with increasing trepidation and horror.

Trevor Manuel, the former well-respected finance minister, in a pointed letter in December, sketched how an “outside hand” appears to have directed the removal of the capable Nhlanhla Nene from his position as finance minister and replaced him with the inexperienced David van Rooyen without the Cabinet or the ruling party knowing about it.

Manuel draws this conclusion because friends of Van Rooyen knew of the appointment before the announcement, in one case “several months” in advance. Van Rooyen arrived in his new job with two advisers already in tow the day after Zuma pulled the plug on the rand through his ill-advised decision. “How did he acquire their services even before he had been sworn in as minister?” Manuel asked.

The “outside hand” – or should we rather call it a greased palm? – made the currency a one-way bet, there being plenty of sellers and no buyers.

In the crisis Zuma precipitated some of our top bankers met senior ANC people to warn that urgent corrective action was needed. Biznews reported that the bankers presented a four-page document itemising how, if Nene’s sacking stood, the rand would continue its plunge, foreign investors would flee, the cost of borrowing by the state and state corporations would become exorbitant and inflation would soon hit the poorest people the hardest.

Pravin Gordhan’s appointment as finance minister was announced about two-and-a-half hours after the meeting ended.

Zuma has been criticised time and again for his self-interest and ineptitude and it is time for the governing party to rid the country of those unseen hands who aim to manipulate government appointments and policies for their own ends – and to think hard about reining in their incompetent president.

There’s more to a stronger rand than government will admit

Rand weakens on inflation acceleration and unrest in other emerging economies

Gordhan: Rand is below fair value