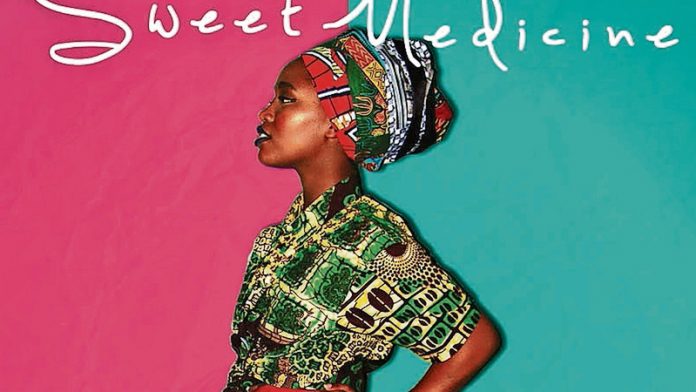 ‘Educating a girl too much was asking for trouble, asking her to become a prostitute.” Those are the words that Tsitsi, a young Zimbabwean woman, grew up hearing from her Catholic priest who, like many men around her, believed a woman’s place was in the seat behind a man.

Panashe Chigumadzi, born in Zimbabwe and raised in South Africa, puts Tsitsi, the main character in Sweet Medicine, at the heart of a patriarchal society; a society that is not open to educating young girls.

Set in Harare 2008, at the height of Zimbabwe’s economic crisis, Sweet Medicine is about how Tsitsi tries to attain “economic and romantic” security in an unstable Zimbabwe. But with what is she prepared to part to attain that sort of security?

Chigumadzi hooks the reader with a story structure in which Tsitsi’s journey comes full circle. Although the events at the beginning of the novel are confusing and the narrative jumps between the past and the present, the reader will want to turn the pages to connect the dots.

Tsitsi is a complex character – she is a walking contradiction on heels. When it comes to her religious beliefs, she finds herself on a seesaw, with one foot up and the other down. Her actions reek of hypocrisy and she often uses her need to survive in threatening situations as an excuse for the choices she makes.

But, with survival being a main thread that runs through the novel, her actions are, arguably, justified. She is the provider in her family.

Chigumadzi, a self-professed “womanist”, addresses topics such as gender inequality and patriarchy. She allows the use of language by the different characters to introduce the contrasting ideologies and stereotypes regarding gender roles, rather than shoving feminist ideas down the reader’s throat.

The worst thing parents can do, according to some of the male characters in the story, is to educate their girl child because that would be such a waste, right?

Tsitsi was fortunate enough to have parents who were able to send her to one of the best mission boarding schools in the country. There she encountered boys who were convinced girls were less intelligent.

This misconception prompted her to work even harder to prove them wrong. She even slept with a science textbook under her pillow – that’s how determined she was. But university was no different for her. Male students would tell her and Chiedza, the only women in the economics lecture, they were wasting their time by studying and that they should rather concern themselves with make-up.

“Leave the graphs to us who can understand and put them to good use,” says one of the young men in the economics lecture (class of 2004). “It is said that ‘marriage is often the surest way out of poverty for many poorer women’,” he adds.

Despite graduating with a degree in economics, Tsitsi falls into this dependency trap. In her view, the only job offers she receives are in administrative positions, so she takes what is thrown on her plate. With her dream of working for the Reserve Bank of Zimbabwe falling through the cracks, she ends up working as a personal assistant to a minister, Mr Zvobgo, with whom she later has an affair.

Tsitsi’s job situation places the spotlight on Zimbabwe’s economic crisis of 2008, when the country experienced a shrinking economy, overvalued exchange rate, high inflation and rising unemployment. Chigumadzi also draws attention to the political conditions of the time through discussions of structural adjustment programmes and the Third Chimurenga.

Chigumadzi approaches the immigration issue in a comedic tone that might evoke uncomfortable laughter from the reader. She brings to light the situation of Zimbabwean graduates who are left with no choice other than to jump the border illegally, with the hopes of getting better jobs in South Africa.

Unfortunately, according to Tsitsi, many of those graduates end up as waiters and housegirls. This is not the kind of life she is prepared to settle for.

Instead, she finds herself in the bed of the influential – and married – Mr Zvobgo, and at his mercy. Throughout the novel we read about the great lengths to which Tsitsi goes just to keep him in her life. In a country where empty shelves have become the norm, he becomes a meal ticket that provides for both Tsitsi and her family.

Tsitsi’s closest friend Chiedza becomes the voice of feminism in the narrative. Unlike the shy, Catholic and seemingly conservative Tsitsi, Chiedza is an outspoken socialite and liberal – she is not intimidated by male chauvinists.

While her bestie Tsitsi was attending meetings held by the Students’ Christian Organisation, she was organising dances and other social activities for the student representative council. She challenges traditional practices, expectations and conventions in every way possible. For her, if education is perceived as the devil, then “she is happy to be an educated prostitute”. Even when her finances go south, she doesn’t look to marriage as a rescue plan.

Chiedza is often Tsitsi’s voice of reason, reminding her to remove the speck in her eye before using religion to judge others.

Tsitsi experiences constant conflict between her Catholic upbringing and the world of muti. Which of the two will help her hold on to the lavish lifestyle that Mr Zvobgo has given her? There’s a hint of that struggle from the book’s opening line, when a traditional healer says to Tsitsi: “You cannot fight an evil disease with sweet medicine.”

Chigu­madzi, a first-time novelist, does well in showing and not telling.

She does, however, waffle on with the descriptions. In a short book, this takes up unnecessary pages. Zimbabwe is a country with a fascinating story, bits of which Chigumadzi succeeds in retelling in a digestible manner and through a not-so-cheesy love tale.

She gives a history lesson, too, but in entertaining language – Sweet Medicine is also an opportunity to improve your Shona vocabulary.