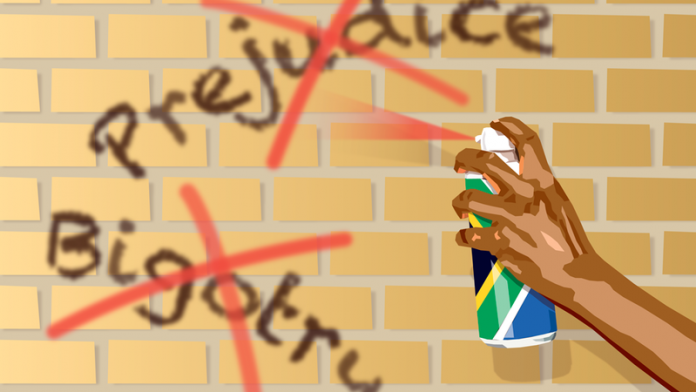 The student protests that have swept through the country in the past few months highlight serious shortcomings in our higher education sector. Outside Parliament, a relatively small group of students were forced to scatter as smoke filled the air and flashbangs exploded in their midst. Some students were arrested and police struggled to barricade the entrance to the parliamentary precinct. Many universities also responded unreasonably harshly to student protest.

At the University of the Witwaters­rand, students on the whole managed peaceful and constructive demonstrations. But, when Wits students got to the Union Buildings in Pretoria, they were in for surprise. The anticipation was created that President Jacob Zuma would speak to them. A stage was set up and hundreds of police were present. But things fell apart and Zuma chose to respond to students as though they were a mob of armed terrorists.

The leadership ability of public order police to manage crowds was brought into question, proving again that the fatal inadequacies of Marikana had not yet been addressed. Zuma demonstrated a lack of democratic leadership in choosing to respond in a kragdadige (heavy-handed) manner, falling short of the sentiment of the Freedom Charter: “The aim of education shall be to teach the youth to love their people and their culture, to honour human brotherhood, liberty and peace.”

Leading change
The challenges of leadership in transition, both in higher education and South Africa as a whole, are dealt with by Jonathan Jansen in his new book, Leading for Change: Race, Intimacy and Leadership on Divided University Campuses.

Few academics in South Africa enjoy the popularity and following that he does. Thousands anticipate his weekly Times column: he always tells it as it is and is not afraid to speak truth to power, and in doing so makes friends and enemies.

In Leading for Change, Jansen breaks new theoretical ground for thinking about and transforming leadership in higher education.

Writing about his own experience as the first black vice-chancellor of the University of the Free State, he reflects on the day-to-day transformation issues he deals with.

His aim was to write an “academic book that was a work of scholarship and yet easily readable by nonspecialists in the field”. His approach, context and the theoretical underpinning are carefully described in the first chapter. The book is premised on the idea that integration is an invaluable resource not only for social cohesion and educational progression “but [also] as a bulwark against interracial conflict fuelled by still unresolved inequalities”.

In setting the scene, particularly for an international readership, Jansen takes his time explaining the rise and fall of the Boer republic of the Free State. The exposition of this context is vitally important to gaining an understanding of both the psychological and spiritual obstacles to change at the university.

Bloemfontein is a city that captures so much of the heartbreak of our country.

Wars were fought there against the Basotho, but more viciously against the British. Jansen tells of a road sign you see when you enter the city – Dam of Tears, Source of Remembrance. It directs you to the site of one of the largest South African War concentration camps. Here women and children dug a dam with tin mugs, and whatever else they could, to collect rainwater to survive.

Jansen then charts the roots of racial separation in the Free State, starting with the harsh statute that forbade any “Arab, Chinaman, coolie, or other Asiatic coloured person” from settling in the state or remaining in it longer than two months. He shows how segregation affected all aspects of society, such as religion, schooling, socialising, working and where people lived.

Students from such segregated environments “have a problem of untransformed racial attitudes, they have no language with which to engage and encounter their black peers, those with whom they are now physically close in classrooms, laboratories, libraries and in residences”.

Jansen’s explanation of the Reitz race scandal in chapter two provides insights into the event that coloured the early part of his tenure at the university.

After a blow-by-blow account, he attempts to interpret the horror of the time. He notes that to this day the four perpetrator students and their parents “have no idea what the fuss was about. In their view the students knew the workers well, and they participated without any form of coercion.”

According to them, the workers were simply requested to assist in the preparation of a video for a residence competition and that they did so willingly. “Playfulness” was part of the justification for this so-called prank – they were “just having fun”.

Violent background
Jansen observes that, for most people, the matter was straightforward. The case was clear and simple – the four white students racially abused the five black workers.

He does not excuse what these students did but carefully analyses the drivers of the incident. He argues that we could easily remain absorbed by an analysis of the four students and, like him, try to locate the personal pathologies in the hearts and minds of these men at end of their studies. But this would not be productive, given that change in our country is so complex.

He describes the broader institutional culture of the residence as an institution “on steroids”. Reitz was the residence into which the white, hardened soldiers returning from the apartheid government’s border wars were placed. “Those men brought their own violent initiation rituals into the residence, complete with traumas suffered as young men, straight out of high school, during a year of combat.”

Jansen understands that, in an established institution, there is likely to be an implicit acceptance of the violent abuse of other students in initiation rituals. He realised that he had a challenge on his hands and there was an urgent need to face the institutional conditions that fostered these practices.

Later in the book, he evaluates the initiatives introduced at the university to do just that.

Returning to recent history, he tries to come to grips with the “observer”. He analyses the broader response to change at the university through the letters to the editor of the Volksblad. He looks closely at the tone and content of the letters and what these reveal about an intimate audience and its newspaper.

The themes reveal startling information about issues such as race, intimacy, proximity and distance among white Afrikaans-speakers with different affiliations to the university – much of what was published in these letters is separatist and against its integration policies.

Having heard Jansen speak from many platforms over the years, I anticipated a book that would be more triumphant, but this is not the case. He has faced challenges head on and has paid the cost – and still does.

In reflecting on the funeral of Russell Botman, the first black rector and vice-chancellor of Stellenbosch University, he observes the familiar “polite” racial harassment he experienced about the place of Afrikaans and other aspects of transformation. The beleaguered rector became the relentless target of negative reporting by the local Afrikaans newspaper.

Leading for Change is not an off-the-shelf “how to” manual. “Nobody tells leaders about the high costs of transformation, especially for black leaders of historically white universities,” says Jansen. “There are costs to the family that come through the constant exposure in the conservative media. There are costs to your reputation as nameless individuals take their case public, not on public argument but on personal assault.”

Lessons from experience
Jansen provides some consolidated insights at the end of the book, where he reflects on what it is like to lead under the burden of the past, in the volatile contexts of the present, particularly where the future of the university and society are at stake.

He suggests starting with the largest and most powerful constituency, which is the student body. He suggests first-year students are open to change, challenges and to learn new knowledge.

Another lesson Jansen writes of is that simple, strong and consistent entry messages should be adopted. The key one is that prejudice and bigotry are condemned in the strongest terms. This message must come from the top – the most senior levels of leadership in the institution.

He writes about the importance of making exemplars of interracial solidarity and friendships visible and of showing alternatives to staff and students on both sides of the divide.

Jansen is clear that leadership for nearness requires enormous capacity in terms of the number of people needed. A charismatic leader cannot on his or her own command power and make things happen across a complex organisation.

Leaders have to be placed throughout the institution. Drawing on the ideas of Northwestern University’s James Spillane, Jansen speaks of interactive webs of leaders in the university, to bring coherence and common purpose to the mission of integration and transformation.

Jansen has experienced highs and lows at the University of the Free State, but is resolute in making transformation work despite his many detractors locally. He has remained true to his conviction that integration is valuable and necessary.

University top brass have been put to the test during the #FeesMustFall protests and many appear to have been lacking. It seems that many of the big shots, not to mention the minister of higher education, were out of touch or just didn’t care about the financial challenges students face.

This is where the perspectives in Leading for Change may useful.

Dr Mark Potterton is the principal of Holy Family College in Parktown, Johannesburg.