How ‘planety’ is Planet Nine? 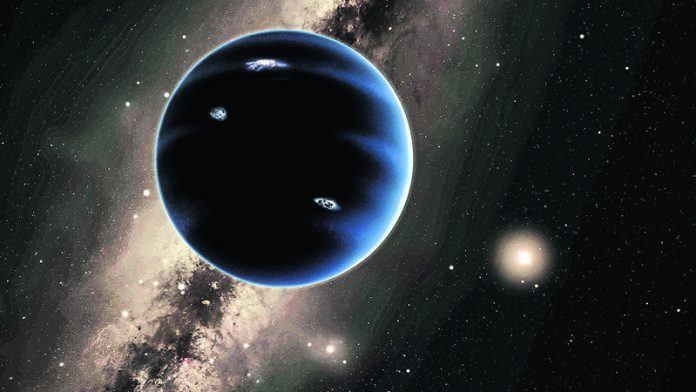 It is freezing in our solar system’s far reaches. Bodies of frozen methane, ammonia and water – and a few dwarf planets, such as demoted Pluto – circle the sun, billions of kilometres away. The Kuiper belt, beyond Neptune, the eighth planet’s orbit, is the detritus of our solar system’s early years.

However, experts say that the evidence for Planet Nine, as researchers are calling it, is compelling.

“This would be a real ninth planet,” says Mike Brown, Caltech professor of planetary astronomy, in an article on Caltech’s website. Brown is the author of the book How I Killed Pluto and Why It Had It Coming. “There have only been two true planets discovered since ancient times [Uranus was first observed in 1781 and Neptune in 1846], and this would be a third. It’s a pretty substantial chunk of our solar system that’s still out there to be found.”

Brown and Konstantin Batygin, a Caltech assistant professor of planetary science, discovered the planet through mathematical modelling and simulation. But this giant planet, about 10 times Earth’s mass and with a very elongated orbit that takes it into the far reaches of the solar system, has yet to be seen.

It started with six distant Kuiper belt objects all following elliptical orbits and pointing in the same direction. The chances of this was about 0.007%, they write in the Astronomical Journal. “Basically it shouldn’t happen randomly, so we thought that something else must be shaping these orbits,” Brown said.

Said Batygin: “Although we were initially quite sceptical that this planet could exist, as we continued to investigate its orbit and what it would mean for the outer solar system, we became increasingly convinced it is out there. For the first time in over 150 years, there is solid evidence that the solar system’s planetary census is incomplete.”

In 2005, Brown’s team discovered Eris, a dwarf planet orbiting beyond Neptune. It was much larger than Pluto, and resulted in an International Astronomical Union overhaul of the definition of “planet”.

Unlike a dwarf planet, according to the union, a planet has “cleared the neighbourhood” – it is the dominant gravitational body in its vicinity. Pluto shares celestial space with other objects in the Kuiper belt.

Brown said Planet Nine, which is 5 000 times larger than Pluto, is the “most planety of all planets in the solar system”.

Asked how plausible it was that Batygin and Brown had discovered a new planet, Amanda Sickafoose, a planetary astronomer at the South African Astronomical Observatory, said: “Statistically speaking, this new result is quite compelling. Nothing that we have directly observed has been large enough to clear its orbital path around the sun and thus be designated as a planet. These new results … indicate that a large body is gravitationally influencing the most distant known objects.”

A generation ago, we thought our solar system was unique, the only one of its kind in the universe. To this day, the official definition of “planet” only includes our solar system’s planets. The first exoplanet – a planet not in our solar system, but orbiting another star – was detected and confirmed in 1992.

But although the modelling shows the proposed planet is about 10 times the size of Earth, “we don’t know what type of planet it is”, said Sickafoose. “The majority of those extrasolar systems have planets in the size range of 10 Earth masses. Our solar system would be somewhat unusual if it didn’t have a planet of this size.”

But the Caltech researchers do not know where Planet Nine is in its orbit. “I would love to find it,” Brown said. “But I’d also be happy if someone else found it. That is why we’re publishing this paper.”

One astronomical unit is the distance between the sun and the Earth, and the closest Planet Nine comes to us is 250 times that. “It spends the majority of its more than 10 000-year orbit much farther away from us,” she said. “Currently, the most distant solar system object that we have imaged optically is roughly 100 astronomical units away.”

This means there may be even more planets out there.