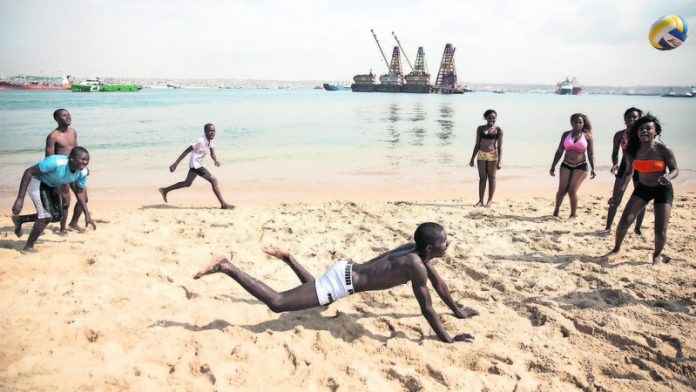 Sub-Saharan Africa is facing short- to medium-term marginalisation as attention and resources are diverted elsewhere.

Rather than a threat, this could be an opportunity.

In January 2011, even before the “Africa rising” narrative captured the popular imagination, the Institute for Security Studies pointed to improvements in the quality of macroeconomic governance, improved agricultural output and relatively stable political frameworks, as well as increased aid and debt relief, rising remittances and the effect of global growth – particularly that of China.

Commodities, we argued, were important – but only responsible for a third to half of the surge in growth rates from the previous two decades. Africa’s prospects had undergone a structural shift for the better.

Subsequent work pointed to the divergent nature of the African growth story, where a dozen or so countries seemed trapped in a cycle of chronic fragility, yet many others were making sterling progress.

We noted that, even at an average annual growth rate forecast of 6% for Africa’s 54 countries to 2035, the continent was unlikely to see the elimination of extreme poverty by 2030 – the first of the sustainable development goals. For the majority of Africans, things are getting better, but not rapidly enough if compared, for example, with the speed at which China was able to transform itself.

To understand Africa’s changing power capabilities and its ability to influence global dynamics, we examined the potential of Africa’s “big five”: Nigeria, South Africa, Algeria, Egypt and Ethiopia. We concluded that only Nigeria had true potential to become a globally significant player, provided it could overcome its governance and security problems.

In general, Africa’s influence is set to expand, but given a lack of deep continental integration on both the political and economic fronts, the continent will remain relatively marginal in global affairs.

The future is a world where three economic heavyweights – the United States, China and eventually India – will have significantly more relative material and diplomatic power than others. Only a completely integrated European Union could join these three countries at the top table of global influence. The gap between these global powers and the rest is set to remain large.

Against this background, it is now appropriate to offer a word of caution. Sub-Saharan Africa may be overlooked on the global agenda and suffer a period of relapse into unsustainable development. Far from a continued scramble for Africa, as some analysts exalted only a few years ago, we’re far more likely to see a potential remarginalisation of sub-Saharan Africa in the years ahead.

Underpinning factors
Three factors underpin this. The first is changes in China – today Africa’s largest trading partner, but a country whose own economic rebalancing has reduced its thirst for commodities. This is, of course, temporary. Eventually India’s economic awakening should drive the next commodities supercycle and Africa should regain some of its lost momentum. But that is still some years hence. In the meantime, global growth elsewhere remains anaemic and insufficient to replace China’s previous demand for Africa’s natural resources.

In addition, Saudi Arabia’s determination to protect its global share of the oil market, resulting in an oil price per barrel hovering below US$30, has hit Africa’s oil producers very hard. Large oil producers such as Nigeria and Angola have seen their main source of revenue slashed and others, including aspirant and marginal producers – such as Ghana – face strong headwinds.

Countries such as Tanzania and Mozambique, which were counting on the potential of huge oil and gas incomes, have discovered that interest in exploiting their natural bounty has waned.

Together with the effect of the shale revolution in the US, Africa’s oil is not in current demand and this has translated into economic pain and strategic marginalisation, particularly for West Africa. In its place is a narrow security focus, which is linked to the threat that al-Qaeda and the Islamic State pose to the West.

The second reason relates to terrorism and refugees, matters that are focusing all attention on the Middle East and, to a lesser extent, North Africa. Development assistance aimed at promoting inclusive growth, poverty alleviation, infrastructure development and good governance (traditionally from the West) is being decimated as Europe scrambles to respond to crises in Syria and elsewhere.

This is not necessarily a bad thing. Remittance flows to Africa have already surpassed development assistance in size, and it is only by levering taxes from their own citizens instead of relying on the largesse of taxpayers in other countries that Africa will develop. Accountability requires taxpaying citizens who have a practical incentive to hold their governments to account, and rising corporate and individual tax rates in Africa make for a positive, if under-reported good-news story.

On the other hand, millions of poor Africans stand the risk of losing the sustenance provided by humanitarian and development assistance at a time when their own governments do not provide support.

There is much truth here. Eventually only the private sector can expand employment and create wealth. But only government can fight inequality and exploitation, ensure stability and manage development processes that are inherently disruptive. Rich countries can do with less government because they have a thick web of norms and institutions, but poor countries cannot.

The private sector is interested in profit. Without appropriate regulation and oversight, its role exacerbates divisions rather than promoting inclusive growth. Much of our previous work has underlined the importance of governance for Africa. We have been arguing that as much as North Africa and the Middle East suffer from a severe deficit in levels of inclusion in governance, sub-Saharan Africa faces large constraints on the capacity of governments to deliver on development.

The third factor relates to a change in global patterns of political violence. After the turbulence, war and instability that accompanied the end of the Cold War, Africa experienced a steady peace dividend that lasted until about 2010 or mid-2011. Thereafter, violence and instability in Africa (and elsewhere) increased, although it seems to have levelled off in 2015. It is still too soon to tell whether that was a pause or a sign of a positive reversal in trends.

Like others, we believe the locus of global instability will move to the Middle East in the years ahead. The disastrous US-led invasion of Iraq rekindled terrorism in the Middle East, and it is likely to intensify instability for a decade or longer. Whereas the US previously served as peace guarantor, it is unable to continue in that role.

In the meantime, great power games have shifted to the Middle East. The Sunni-Shia divide now pits Saudi Arabia against Iran in an ever-widening series of proxy wars, in a region that is geostrategically important, heavily armed, politically unstable and already host to several proxy wars.

Subsequently, for the next few years, sub-Saharan Africa may get less attention and less money. The challenge is to put this hiatus to best use. Africa has achieved much progress, but many problems remain – including inequalities in income, politics and between groups. And as access to information technology expands exponentially, perceptions of relative deprivation increase. Social mobilisation is easy and quick and, as events in Tunisia and South Africa, for example, have shown, can be a disruptive force.

Rather than providing a breathing space for autocrats who believe in their right to govern indefinitely, we believe that the pressure from below will increase. Instability is moving from rebellions in distant rural districts to urban areas as social protest and violence around elections continues to rise.

Expectations from African citizens are high and leaders will inevitably struggle to respond to the demands of their young, restless and connected urban populace, who are better educated than before, but with few employment prospects.

Temporarily removed from the crosshairs of purportedly meddling Western civil society organisations and conditional financial support, African leaders will need to focus on improving service delivery and the rule of law, and demonstrate accountability if they are to stay ahead of the instability curve.

Jakkie Cilliers is head of the African futures and innovation section at the Institute for Security Studies.