Two writers ‘put flesh on the bones’ of our forgotten histories 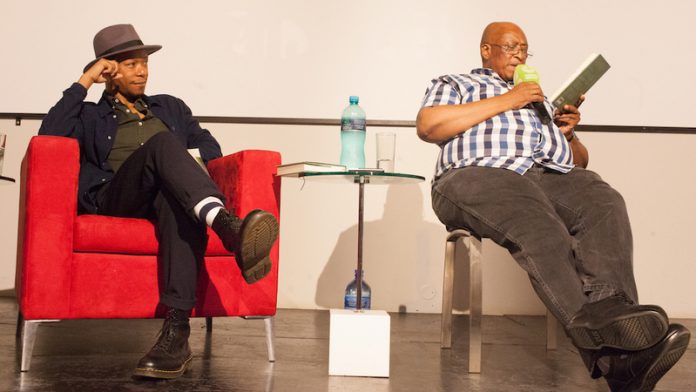 The most recent instalment of the Goethe Institute’s Literary Crossroads series, titled Rewriting South African Landscapes, substituted the verve and urgency that has come to define South African public discourse of late with an understated magic.

On Tuesday evening, Zakes Mda – veteran playwright, author and professor of creative writing at the University of Ohio ­– shared the panel with musician and first-time novelist Nakhane Touré. The aim was to explore what their recent works revealed about South Africa’s changing environment and how their perspectives differ.

As the evening wore on, however, the audience got to revel more in the similarities between Mda’s Little Suns and Touré’s Piggy Boy’s Blues, and the strange and illuminating interplay between the historical and the contemporary that the works offer.

Touré’s avant-gardist opus is concerned with the physical and nebulous terrain, with the reader living and breathing the Eastern Cape as much as being immersed in the characters’ troubled psyches.

Inevitability of autobiography
In Little Suns (also set largely in Mpondoland) the reader traverses a period spanning the Gun War (1880 to 1881) and the South African War (1899 to 1902) and, in so doing, is forced to meditate on the current South African crisis of captured liberation. Of course, as readers may have come to expect from Mda’s body of work, the geography of the places he writes about is always palpably recreated. 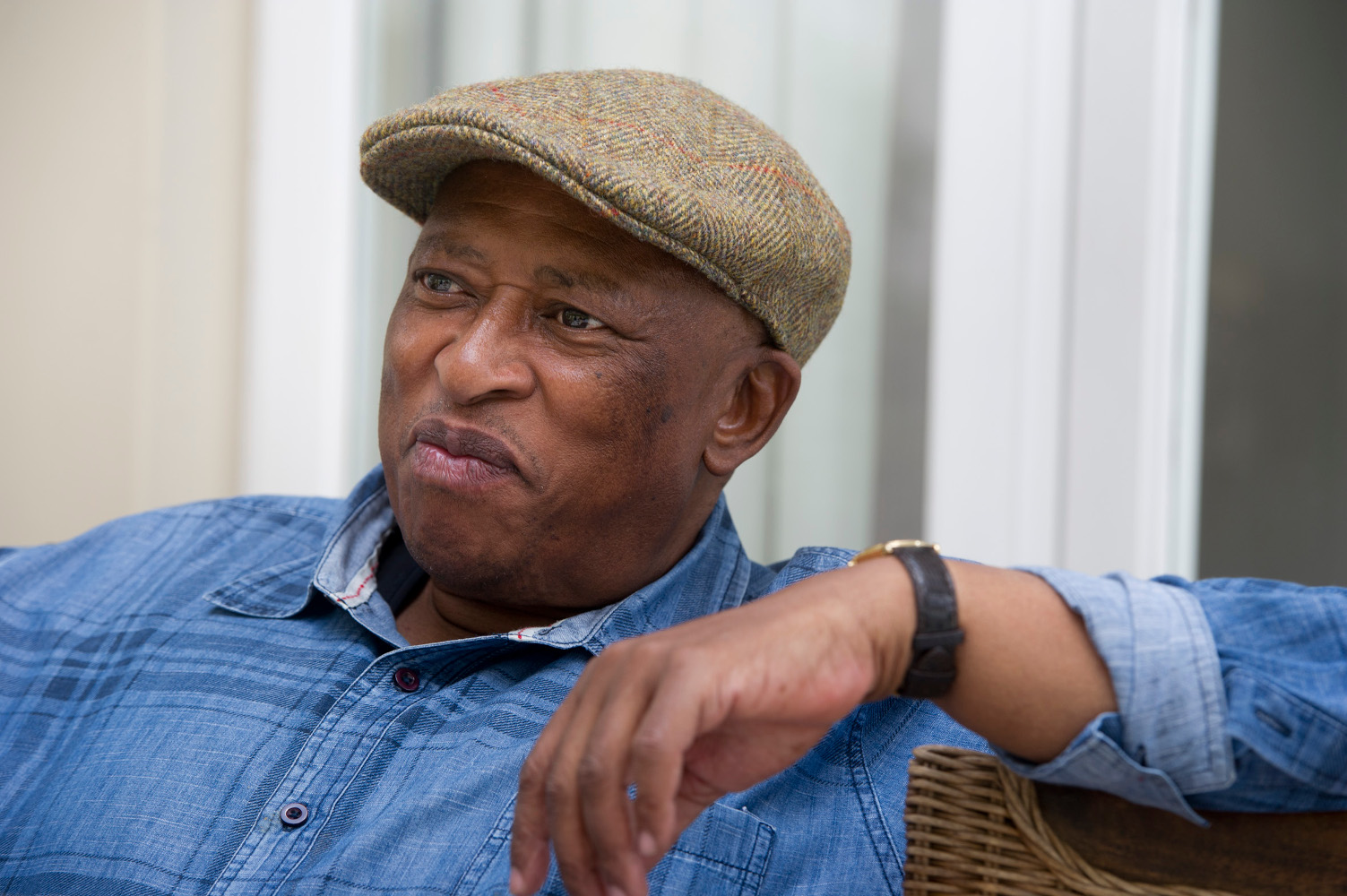 Both writers spoke about the inevitability of the autobiographical creeping into the craft of novel writing. As mediator Fred Khumalo pointed out, this was harder for Touré to escape because this was his first novel.

“I still get messages where people say, ‘I really liked your memoir …’ and I’m like, but you bought the book in the fiction section,” said Touré.

He spoke frankly about how he worked at subverting that natural inclination to lean on his and his family’s history, which Mda suggested was born out of the debut novelist’s efforts to challenge himself further. “The impulse to remove the biographical … I can understand,” said Mda. “Being the artist that he is, he wanted to create a novel from the imagination … but Nakhane is there and he will never succeed in taking him out of there.”

For Mda, Little Suns is autobiographical in a broad historical sense as he traces the demise of the amaMpondomise kingdom through a love story that takes place in a time of war.

After being crushed by the British Kaffraria authorities following the murder of brutal magistrate Hamilton Hope, the amaMpondomise are scattered and forced into exile in Lesotho. It is a journey that later repeats itself for Mda as he follows his own father from South Africa into exile in Lesotho during the apartheid era.

In terms of how both novels serve to document, critique and enrich the South African landscape and literary canon, Khumalo summed it up best when he stated: “In our history books, that chapter [on the Gun War] was not much more than a paragraph. [Bra Zakes, you] put flesh to the bones, creating a proper context and peopling the narrative … and thanks Nakhane for taking the baton from Bra Zakes and using history as a spindle from which to explore your own probing into contemporary South African concerns and issues.”

Inevitability of rejection
Khumalo’s quiet steering of the conversation into thematic comparisons between the two books teased out their similarities.

In different ways, both texts are concerned with understanding the individual through an exploration of ancestral history. Both are concerned with the conflicted history and the magical landscape of the Eastern Cape. And both explore circumstantial displacement. 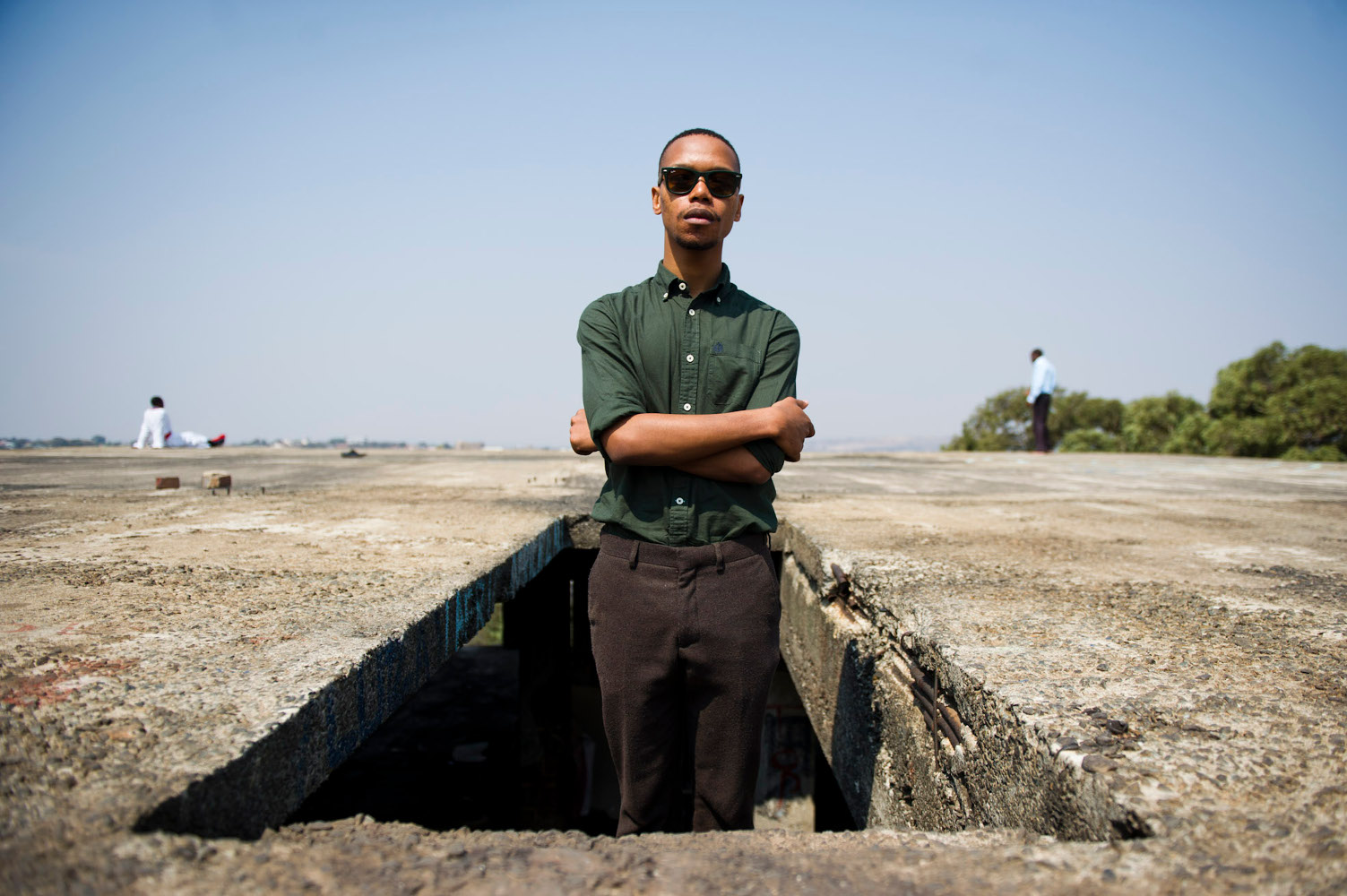 Expanding on the nuances, Touré said: “Some of the abandonment [I deal with in my book] may not necessarily be circumstantial but it is necessary.”

In the question-and-answer session, the authors dealt with the inevitability of rejection, with Touré explaining how it drove him competitively (his publisher went against the advice of an esteemed reader and published the manuscript).

Mda, meanwhile, was adamant that nobody should dictate to African writers what they should write about. “You might have an angle on ‘Jim comes to Jo’burg’ story.”

More than anything, the evening paid homage to the process of writing and the subconscious ways in which authors draw on the sum of their genealogy in creating works that reflect their society. It is a symbiosis that the authors and the audience were left acutely aware of.

Find the 2016 programme of Literary Crossroads