How to survive the end of the world 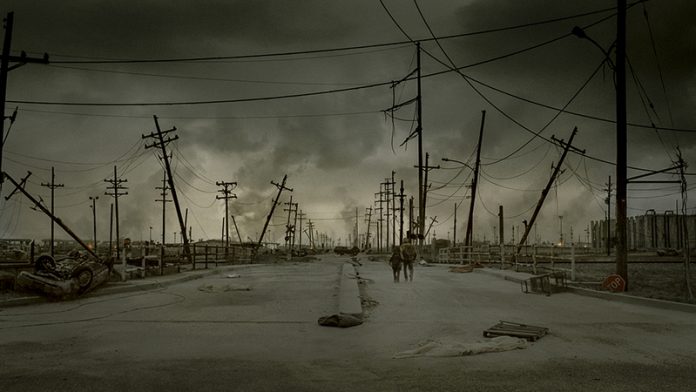 Being an environment reporter, most of my story research heads down the same inevitable path, to the same conclusion: we’re all doomed. The world is going to burn up and in the process find an ingenious way to kill us all off. Various colleagues refer to me as a “ray of sunshine” (that’s the polite, publication-worthy, version). Anyway. Death. Doom. You get the idea.

The latest such foray into climate-change research reading ended up at this journal entry: “Carbon emissions affect thousands of years of climate change.” Published in that tome of peer-reviewed-hope, Nature Climate Change, this took a slightly longer view than the one our politicians like us to focus on. At COP21 last year  – where 195 governments signed off on the Paris Agreement – the focus was firmly on lowering greenhouse gas emissions this century. The aspirational goal is to ensure that global average temperatures do not increase by more than 1.5°C this century. Nobody talks about what happens after 2100.

Peter Clark, an Oregon State University paleoclimatologist and lead author of the article, wrote: “Much of the carbon we are putting in the air from burning fossil fuels will stay there for thousands of years – and some of it will be there for more than 100 000 years.”

This is because different greenhouse gases stay active in the atmosphere for different periods of time. Methane – the stuff cattle keep spewing out in vast quantities – traps 30 times more heat than carbon dioxide but only hangs around for a decade before decaying.

Carbon dioxide – that most famous of greenhouse gases – is less effective at heating the world and is mostly absorbed into the ocean in a few centuries, but 20% of it then hangs around for tens of thousands of years.

That means what we stick into the atmosphere now will be there for quite a long time. Clark’s research made him turn to a plea for humanity to take this seriously: “People need to understand that the effects of climate change on the planet won’t go away, at least not for thousands of generations.”

That statement has an upside – he thinks we will be around for thousands of generations. So how to get there? Well, my latest spate of internet trawling has led me to believe that the key to survival is by forming gangs. There’s no other way to put it: if you stick to surviving alone and second-guessing the shelf lifespan of your pilfered pilchard tins, you’ll have your head battered in by a gang of desperados who need something to spread on their dry crackers.

When things go pear-shaped, be sure you know how the safety on a gun works – just in case. (Eric Thayer, Reuters)

In the interests of being part of one of these gangs, I am willing to share some tips in return for having first choice on what our gang is called. We’ll need some swag to make the postapocalyptic future seem as cool as it is in films, after all.

First, a disclaimer. Hollywood is obsessed by some virus that will turn us all into flesh-eating zombies that munch their way through all but the hardiest of humans.

That won’t happen. If climate change has its way (which looks to be the case as we serenely continue on our fossil-fuel-guzzling path to oblivion) the fall will come about slowly, before an abrupt collapse.

Mosquitos will move into more parts of the world, and come with deadlier diseases. Or the oceans will batter our coastal cities – where much of the world’s population and commerce is based – and destroy the insurance industry and the world economy. Or some new diseases will crack through our defences and render our species infertile.

But – more probably – all these things will slowly unfold until we can’t feed enough people to justify oppressing the billion people who currently don’t have food.

Social systems will collapse and we’ll go back to killing each other for the contents of an overturned truck, or the water coming out of a spring.

The subsequent fallout will smash all the stuff we rely on to keep living in an oblivious bubble.

Those with more of the big weapons will use them to batter those without, until only a few people are left wandering around. Human beings suck – history shows this.

So. Survival. You need to pay attention to the news. Sure, it’s depressing and reruns of your favourite Nineties sitcom are better ways to escape reality. But you need to be one of the first to catch #TheEndIsHere so you can get ready for the apocalypse.

Give your friends/family/clan mates a shoutout and gather with all the canned food, seeds, water and weapons you can. Hopefully you’ll have prepared by working out how the safety on a gun works and finding out what kind of knife best rips through the skin of an animal.

Maybe you’ll have been one of the brave few who watched every survival episode Bear Grylls put out (personally, I hope you’re not, because then we’ll have an even ­playing field).

Once you’ve congregated, get the hell out of Dodge (I assume that you’re in a city – that’s where most of our readers are). When things fall apart, the centre – cities – become dark and dangerous places. Sure, there are more repositories of Twinkies (thanks Zombieland for that postapocalyptic tastebud sensation) and your dog Milo likes the other dogs in the park, but STAY AWAY FROM DENSE URBAN AREAS.

Once you’ve found your bolthole – I would suggest somewhere nice in the foothills of the Drakensberg – work out how your society is going to work. Elect a leader (again, if you read this and are alive as a result, it might be polite to pick me) and agree on tasks. That way nobody is going to hit someone else over the head with a baseball bat because they want to have guard duty over the swimming pool/sunbathing spot. In this way you can complement each other and put your Google-search-result-generated-skills (I suggest printing out your basic survival blueprint before the world goes bang) to best effect in making food and keeping each other alive. Most importantly, learn from our mistakes and keep your water source clean. Water really is life, and you don’t want to be looking for bottled water.

At this point I should go back. I missed a critical point: when you select your gang of survivalists, try not have your cousin or sister included. If you are to survive the 100 000-odd years until the climate isn’t catastrophically broken, you’ll need to raise more worker-folk. Given the tension and stress of having witnessed the collapse of humanity, it might also be good to have someone who knows how to distil alcohol and make some sort of brew – just to break the ice before any sexy times can unfold.

Now, that’s as much as I am willing to disclose. The rest is on the internet. But you won’t find it because that cat video is too funny not to watch. That means I’ll know what happens next, and my gang will beat yours. I will build a grand agrarian society where we barter for bullets and laugh at those who judged us for anticipating the apocalypse.