Concourt will decide fate of the public protector 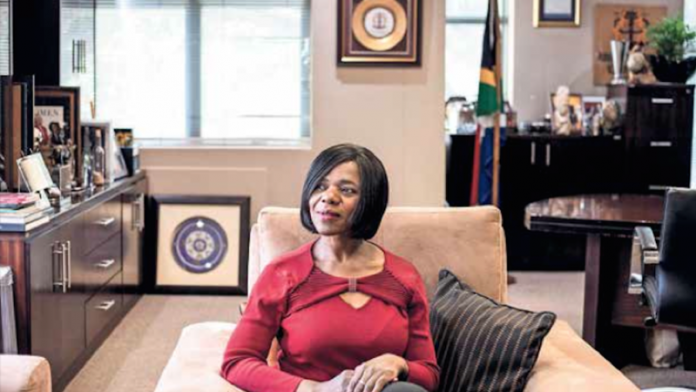 President Jacob Zuma finally had his day in court last week when the Constitutional Court heard argument on an application brought by the Economic Freedom Fighters (EFF) and the Democratic Alliance concerning the legal implications of the public protector’s finding that the president was required to pay back some of the taxpayers’ money spent to upgrade his home at Nkandla.

Public protector Thuli Madonsela had stated in her report that, following her clear finding that the president had benefited personally from some upgrades, which had nothing to do with security, the treasury and the police ministry had to decide how much Zuma should pay.

The court hearing took place two years after the publication of the report, after countless statements on behalf of and by Zuma that he was not bound to abide by the protector’s findings, plus a report tabled by Minister of Police Nathi Nhleko in May last year, which claimed the president was not required to pay anything.

Twenty-three months after the report was made public, the president agreed that he is bound to follow its findings.

Ironically, had the president’s lawyers not made an offer to settle the dispute on his behalf, it is possible that the Constitutional Court would have insisted that the EEF’s application first be heard by the high court, thereby delaying finality yet again.

But, acting on advice of one of South Africa’s most distinguished advocates, Jeremy Gauntlett SC, the president conceded that the reports of the public protector are binding, including on the presidency.

Several commentators suggested, on the basis of submissions made by Gauntlett, that there was genuine anxiety about the possible finding that the president had breached the Constitution in a way that could justify a motion of impeachment, even if the ANC majority in Parliament blocked it.

That is a most unlikely outcome. After all, the president takes legal advice, which presumably told him he could ignore the public protector and institute a parallel process through the minister of police.

This column has commented previously on the manifestly poor advice the president has received on a range of controversial subjects, including appointments to key constitutional positions. And the advice given before procuring the obviously correct counsel, shortly before the matter was to be heard by the court, will probably stave off an adverse finding of willful disregard of the Constitution.

It should, however, also raise profound questions about who advises the president on key legal questions – for instance, the basis on which these lawyers continued to deny the Supreme Court of Appeal’s finding in the case of Hlaudi Motsoeneng, the chief operating officer of the SABC, that, in the absence of a review by the high court, the conclusions of a public protector’s report is binding.

What is certainly up for determination by the court is the legal status of the public protector’s reports, although, given the concession by the presidents’s legal team and the submissions on behalf of the EFF and the public protector, it is highly likely that the appeal court’s finding will, in substance, be upheld by the highest court in the land.

Of course, this will again raise the recent defence of Zuma – that he followed the report when he appointed Nhleko to determine whether he should repay anything. By contrast, the public protector was precise: the national treasury and the police were to undertake the quantification, which is hardly the same as an instruction to the police minister.

This will have two vital consequences and will stop the parallel process the government institutes whenever it disagrees with the findings of the public protector.

In the Motseneng case, the president or the minister of communications will have to follow the public protector’s recommendations or launch an application to review her findings, itself a not inconsiderable hurdle.

That kind of commitment to such an important constitutional office can only ensure that the scourges of public corruption and lack of transparency and accountability will be tackled with resolute effort.

This then raises what is arguably the most important issue of all. A finding that, in the absence of a review by a high court, the public protector’s report is binding restores the importance that the Constitution placed in this office.

Madonsela’s term comes to an end this year. Who replaces her will be crucial. Without a consensus that transcends party-political allegiances, the office will struggle to retain the widespread legitimacy that it has in the public eye.

David Lewis, the head of the admirable Corruption Watch, has called for public participation in the appointment of the new public protector, a call to be seconded loudly.

Gogo Dlamini, Themba Dlamini’s mother, died of Covid-19, but Mzanzi has a chance to rid the country of fraud and exploitation and instead serve ‘Gogo Dlamini’, the people of South Africa
Read more
National

As I reflect on my time as editor amid today’s uncertain world, one thing is certain: the M&>’s importance in our media landscape
Read more
Advertising
Continue to the category
Politics