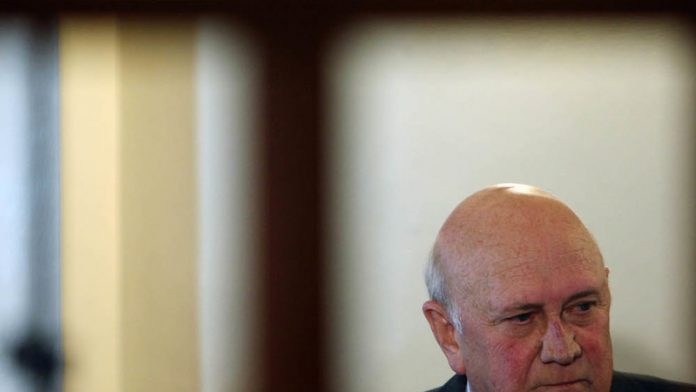 In its January 29 edition the M&G published a story to the effect that FW de Klerk was mentoring Mmusi Maimane. De Klerk subsequently denied the report and said that he had met Maimane only once “at my office, in March 2015 when he paid me a courtesy visit”.

We are concerned that the M&G did not give the foundation an opportunity to refute these allegations because they were never put to us.

In particular, M&G did not respond to our request to submit questions by email. Nor did it make any attempt to contact De Klerk’s spokesperson, Dave Steward. De Klerk’s office was contacted by an M&G reporter on Thursday January 28, and was told that the M&G wanted to ask him “a few questions about the DA” before their deadline at 1.30pm.

This was impossible because De Klerk was at that very time (12-2pm) delivering a speech at the Ubuntu Foundation in Cape Town. The reporter was informed that “Mr De Klerk will unfortunately not be available for the interview. His programme today is fully booked and at this stage he would not like to become involved in party politics.”

It would appear to us that the manner in which the M&G dealt with this story contravenes section 1.8 of the Press Code, which requires that “the media shall seek the views of the subject of critical reportage in advance of publication”, and that “reasonable time should be afforded the subject for a response”.