How politics clouds our economics 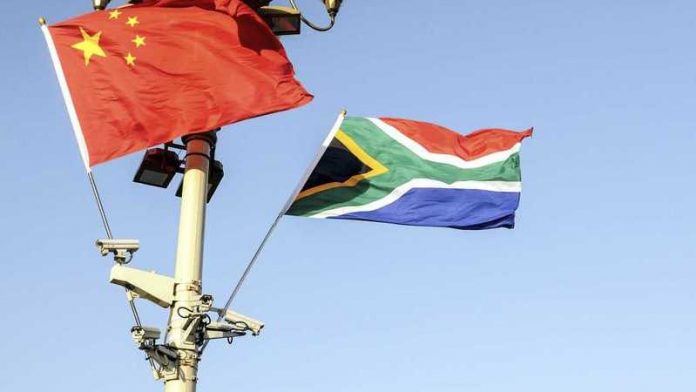 International relations need not be a zero-sum game. Given our economic realities, South Africa should aspire to a greater balance in its relations with its trade and investment partners. Like other medium-sized countries, we need to work towards an equitable, rules-based world that does not depend on global behemoths such as the United States or China but derives its legitimacy (and order) from norms and institutions that apply equally to all.

Nelson Mandela brought moral authority to South Africa as a global leader on issues such as human rights and the rule of law. This set the stage for Thabo Mbeki to pursue his South-South and Africanist agendas. Whereas Mandela argued from principle, Mbeki was the technocrat. Under him, our policy orientation developed into a balancing act that some described as “insurrection from within”.

Mbeki acknowledged that the global order was heavily skewed against the developing world. He was, however, aware of the extent to which the country had become deeply integrated into the Western-dominated global order through its open and internationalised economy.

With President Jacob Zuma, things changed. Instead of a foreign policy run tightly from the Union Buildings, the renamed international relations and co-operation department was given significant leeway to pursue two priorities: membership of the Bric group – consisting of Brazil, Russia, India and China – and securing a permanent seat on the United Nations Security Council. For the rest, it was generally about not pursuing the Mbeki line.

In recent years, domestic challenges such as social discord, xenophobic riots, and inchoate policies on migration and tourism have started to have a negative impact on our regional and international standing, as have issues to do with Zuma’s decisions and personal life.

It is unclear which developments led to the decision by the Bric group to invite South Africa to attend the third Bric summit in Sanya, China, in 2011.

But membership of Brics, on top of South Africa’s existing membership of the G20, is the most important foreign policy achievement of the Zuma administration. It catapulted South Africa into the big league, where the country rubs shoulders with the purported alternative club of global leadership.

Whereas South African economic relations with Russia and Brazil are limited, China became South Africa’s largest trading partner in 2010 and the relations continue to expand. Last year the two countries did business to the value of R262?billion.

This development, though welcome, has largely occurred on the back of exports of commodities to China and at considerable expense to South Africa’s manufacturing sector. In a belated effort to counter these trends, South Africa has sought to harness its Brics preoccupation by trying to persuade the other members of the bloc to invest in African infrastructure. Once established, the Brics or New Development Bank would be the main conduit for that policy, though the weakness of the South African economy is having a negative effect on perceptions of South Africa as a growth pole.

Chinese trade and investment in Africa have been a huge boon to the continent. The dilemma for South Africa as part of Brics, however, is that it appears to be upping its political rhetoric to compensate for a lack of economic gravitas.

Joining Brics led to important changes in behaviour, and South Africa has been propounding a world view closely resembling that of Russia and, to lesser extent, China.

Leaving the Dalai Lama aside, this world view has been most evident in South Africa’s voting and pronouncements at the UN Human Rights Council, its lack of leadership on human rights in Africa, its actions to circumvent its legal obligations on the Rome Statute (of the International Criminal Court) and its silence on the Russian occupation of Crimea and invasion of Georgia and Ukraine, and the gross human rights violations in Syria.

Pretoria shares Moscow’s and Beijing’s aversion to Western military interventions. But although Russia and China both have a fundamental concern ­– to avoid similar developments at home –­ South Africa’s views are more pragmatic, taking their recent cue from the chaos that followed intervention in Iraq, Libya and elsewhere.

Global power is shifting, but these changes take time. We are probably coming to an end of more than two centuries of Western hegemony as power and influence move eastward. The stock of wealth and influence that first Great Britain and then its successor, the US, built up will, however, take some time to fade.

The South African economy has not decoupled from the West. Trade and investment patterns diverge, in fact, with 78% of South Africa’s foreign investment stock being from the European Union, compared with 4% from China.

Collectively the US and the EU will remain important globally, whereas China must still complete its transition to greater political inclusion with potentially unsettling outcomes. Although Russia has little to offer South Africa in trade or politics, the presidency seems intent on paying for its Brics membership with a nuclear energy procurement deal with that country, possibly also including China in the mix.

At the other end of the foreign policy spectrum is our allegiance with, and funding and support of, countries such as Cuba and Venezuela. Cuba played an important role in Africa during the 1980s, yet South African largesse towards the island state serves no purpose when viewed through an economic or, indeed, foreign policy perspective.

Instead of training our own, we import Cuban engineers and doctors at great expense, one of the many sources of Cuban subsidies funded by the South African taxpayer.

In all these instances politics trumps economics, accentuating the systemic policy uncertainty that has become a hallmark of the Zuma administration, leaving the country teetering on a junk-status investment ratings cliff.

Foreign policy needs to follow domestic priorities. Though loyalty is endearing, foreign policy is not based on friendship, but on interests. South Africa’s foreign policy needs to focus on growing the economy, including the penetration of local business into Africa, our natural market and the source of our leadership positions. But instead of working with business to enter African markets, the focus of the South African government on its natural market is unclear. At the same time, a constant railing against the US and “the West” undercuts the traditional investors in the country.

In exchange for its membership of Brics, South Africa appears to have also given China a licence to deindustrialise the country despite the fact that the EU, as a bloc, is South Africa’s major trading partner.

No country has developed without a solid manufacturing sector. Instead of supporting South Africa’s manufacturing exports to Africa and protecting our market, the South African government misses no opportunity to “buy Chinese”, importing anything from scarfs and caps for the ANC to cheap consumer goods, which should be made in South Africa.

Thus far, efforts to address the economic imbalances between China and South Africa – through the Forum on China-Africa Cooperation­ – by beneficiating raw materials and increasing manufacturing appears to have had limited impact.

With Brazil in the doldrums, the Chinese economy entering a painful adjustment period and the Russian economy contracting, only India offers long-term commodities growth prospects, although demand is only expected to ramp up in the medium term.

Things need to change if South Africa wants to escape from its middle-income trap and grow. Although we will benefit from the next commodities super-cycle (driven by India), the export of natural resources is not where our growth should come from.

South Africa’s foreign policy should pursue inclusive economic growth and remain true to the original constitutional imperatives that informed our domestic settlement – addressing the real challenge of how we work together, educate our children and grow the economy.

Our priorities should be clear: growth and jobs at home, good relations with all our important trading and investment partners (not only the Brics countries) and the advancement of a rules-based system.

Membership of Brics is a smart, pragmatic move to encompass changing geopolitical and economic realities, but we should not abandon old powers and allies.

The country is being pushed to develop more SEZs. But is this a viable strategy, given unemployment and ‘deglobalisation’?
Read more
World

South Africa should capitalise on the bloc’s resources, including advanced technology and innovation
Read more
Environment

As Bolsonaro incinerates the Amazon, urgent action is needed for climate justice

As South Africans, we must support the fight to save the Amazon, but also take a strong stand on environmental concerns that are closer to home
Read more
Editorial