Imbawula: Tales weaved around the fire 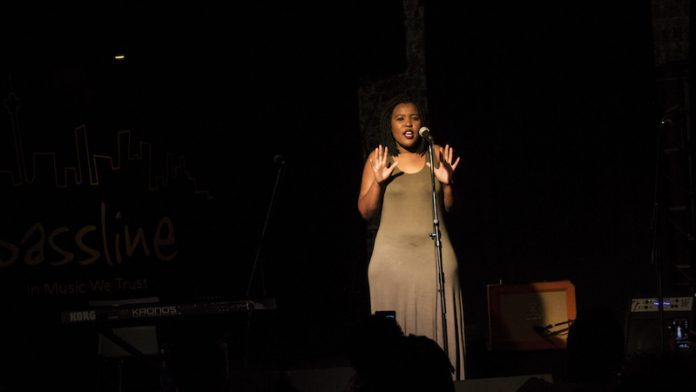 On paper it seems simple enough. Get a bunch of South Africans – preferably millennials with a degree of social presence – to tell stories in a stripped down format. Stripped down, in this case, means pure oratorical prowess and a captive audience.

However, the results, as was the case in this March 2nd edition of Imbawula, are often unexpected interventions into the format, as structures such as the 10-minute time limit dissipate as storytellers and audience indulge in this often glibly overstated yet infinitely diverse African tradition. The most recent edition presented four storytellers: Owethu Makhathini, an advertising industry copywriter and trainer; writer and journalist Percy Mabandu, M&G reporter Pontsho Pilane and comedian Loyiso Gola.

Starting things off was Mabandu’s exposition of his long-running exploration of the resonance of Winston Mankunku Ngozi’s seminal Yakhal’ iNkomo. Mabandu, who has written a book on the subject was concise and earnest, locating this towering work to the stalling, dissipation and reawakening of not just the armed struggle but cultural movements that accompanied the move towards black power and black consciousness.

Mabandu, caught like prey in the blinding spotlight, seemed a bit unnerved and pensive, telling a nostalgic tale of how Yakhal’ iNkomo intertwined with his lived experience of Pretoria’s Garankuwa, where the screams of a woman loudly rejecting unwanted attention could have coalesced with the screams of a robbery or wafting marijuana smoke.

Loyiso Gola’s story was premised on avoiding the punchline, the stock of his trade as a comedian. (Phethani Netshivhera)

Mabandu, as he regaled us, could have come across this experience from his parent’s reverence for jazz or from a neighbour’s yard on his way to the outside toilet.

Perhaps the most irreverent speaker was the second storyteller, Owethu Makhathini, who paid no attention to rules (such as the time-limit), narrative arc and instead, opted to work in reverse, as if giving us clues to her mind mapping process or, perhaps, deconstructing the form altogether. Thematically, she dwelled on black youth falling through the cracks in a suburban dystopia and the small victories of surviving the odds of this post-Rainbow nation. To say Makhathini was self-indulgent would be, perhaps, to miss the texture of her tales, which picked up threads only to forsake them in the search for an inward resonance with her audience.

Pontsho Pilane, a Mail & Guardian reporter was pitch perfect in her pacing, her tone and, most of all, her connection with her audience. Her story was a harrowing encounter of attempted rape and dating a married “Mr Fine – Fine.”

Pilane used a technique of outing her “Mr Fine”, (she pointed out that he was in the audience but stopped short of pointing him out) leaving the audience searching for clues.

Loyiso Gola, worked from a premise of avoiding punch lines, which are the stock of his trade as a comedian. He told an almost amorphous story of a precarious adolescent drug deal. The story’s moral was remembering the unhinged fearlessness of our youth.

Notes from the coalface

The audience at the 7th edition of Imbawula at the Bassline, Johannesburg. (Imbawula Instagram)

Here follows some ideas from four storytellers: Percy Mabandu, Owethu Makhathini, Pontsho Pilane and Loyiso Gola. All of these points are written from the point of view of a Bikoist womxnist.

The lighting makes him look so uncomfortable. The opposite of intimacy.

This long, political and explanatory intro of the self (when compared with Mabandu, the first speaker) shows the lack of space and acknowledgment for/of black womxn and their existence.

Because of this, the storytelling in this instance involves a lack of linear storytelling, and gives new meaning to telling a story; a story may also be inside other stories to give one big picture idea. It may sound erratic to others, but  telling a story as a black person involves many intricate mini stories to give context to the greater point trying to be told. This could point to a lived experience of the concept of intersectionality and the complexity of being black.

Photographer Liam Lynch, one of the three non-Africans has something to say at this point :  ‘’Young people speaking ‘out aloud’ almost expressing their own thoughts instead of storytelling.”

Loyiso Gola flips his phone and gets visibly frustrated, under his breath. But he is still forced to listen.

Owethu Makhathini (who works in advertising) says, just the other day someone in a meeting about an advert said: “Make the white people blacker.” But that’s blackface, she thought…

Ten minute limit? Are they afraid of stopping her?

I found so many of Owethu’s stories similar stories of my own as a black (non-African) person in South Africa. This was one of the most self-realising moments in my years as a professional person.

Award for most gripping storyteller – a story that speaks with you, like speaking to friends over a glass of wine. As the most engaging and engaged speaker of the night, she managed to use the old-fashioned technique of weaving many storylines into one to make one story, to create a narrative that was so different to storytelling I’ve heard before.  She used “buzz words” as older people like to refer to them (which is actually only a way to engage in short form to get the message across faster) to explain feelings that we as black people face in this country.

Storyteller. Sitting on a chair. Said “no” to telling a story…

Nervewrecking. A process of storytelling that included prewritten notes and a meandering narrative

Privilege – what is it? All the layers and complexity of existence as a black person. Ironically, he is telling a story in almost the exact the same say in which he criticised Owethu – thinking out loud.

Black people clearly need spaces to tell their stories, in whichever format. Without others criticising it. I felt Loyiso was overly critical of Owethu after Liam mentioned her “thinking out loud”.

The moral of his story: You’re doing something and it seems pointless at the time, but it’s helping you in the long run.

What is storytelling to you, and what do you want to hear? It is telling that I have more to ask and tell of people who lack the concepts that I hold and am looking for. I’m tired of hearing the same old Steve Biko thrown at me. I’m tired of the ravaged Pan Africanist ideas that seem past their usefulness. I want to hear how we take this forward. And if these stories are the way in which we decide how to tackle the future, then we need to be very clear on our concepts of what we want to incorporate into blackness. – Deshnee Subramany

Imbawula is a Noted Man and Quarphix Foundation initiative supported by Live Magazine and  happens once a month at the Bassline, 10 Henry Nxumalo Street, Johannesburg. All proceeds go to the Quarphix Foundation, a youth development NPO. For more information, email [email protected]

Foreign policy stance can result in a trust deficit