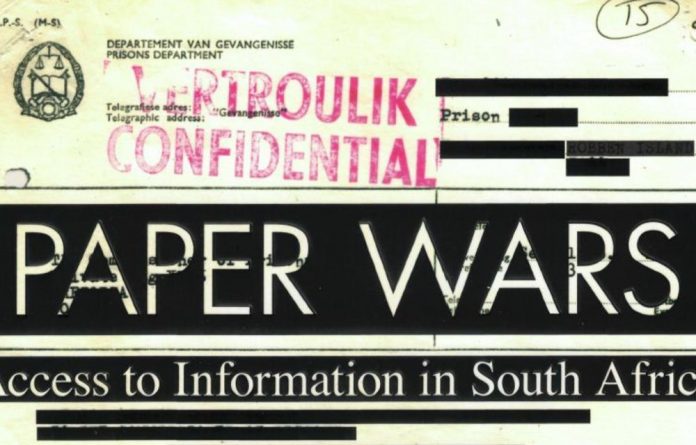 The Reserve Bank is being taken to court to release records of economic crimes dating back to South Africa’s dark apartheid past.

The South African History Archive (Saha) has escalated its bid for access to financial records of eight individuals after its request in terms of the Promotion of Access to Information Act (Paia) failed.

The bank intends opposing the application filed at the Gauteng division of the High Court last month.

The SA History Archive has spent the last 15 years trying to use Paia to access records that will help South Africans to understand how apartheid oppression and corruption happened.

“Surely we all share the duty to remember, to acknowledge the atrocities of the past in order to better guard against their recurrence,” its director, Catherine Kennedy, told the Mail & Guardian .

Court papers submitted by Saha, working with the Open Secrets Project, state that during the apartheid era the financial Rand market, worth an estimated R650-billion, was vulnerable to abuse.

Should the organisation succeed in its bid, the Reserve Bank would have to dig up records involving, among others, apartheid-era biological and chemical warfare expert Dr Wouter Basson and Vito Palazzolo, now serving jail time in Italy for his involvement in Mafia dealings.

Saha seeks records that would reveal evidence of the Reserve Bank’s own investigations into, among other things, significant fraud and the smuggling of gold and other precious metals.

It argues that the bank has a constitutional obligation to comply.

The bank maintains that the Reserve Bank Act itself precludes it from divulging information about third parties. In addition, it argues that such disclosure may prejudice the bank in future.

More on the quest to lift the lid on apartheid-era financial crimes in tomorrow’s edition of the M&G.

184: The number of Paia requests filed by the South African History Archive to public bodies since August 2014

56: The number of requests released in full

81: The number of requests denied or deemed to have been refused

Most common reason for refusal: Records do not exist

Access to information was denied in 50-100% of requests to the SABC, the City of Joburg, the Reserve Bank and the Auditor General.

Note: A few typos have been corrected, most notably where the South African History Archive (Saha) was accidentally called South African Heritage Archive, and two numbers were described more precisely.