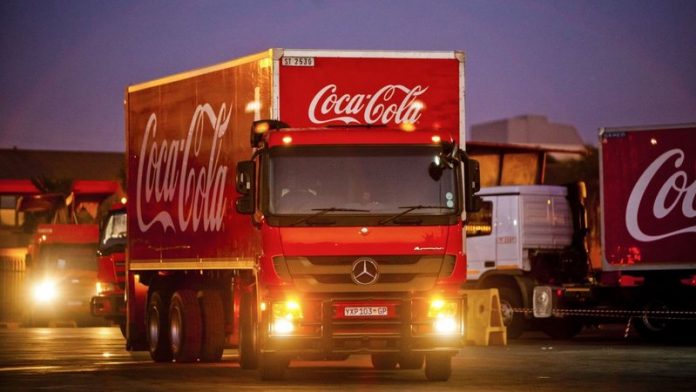 Former and current owner-drivers for the brewing giant SABMiller’s ABI subsidiary, already suing it for R6.3-billion, say competition authorities should block a major restructuring of local Coca-Cola operations unless the companies do right by them.

SAB is trying to restructure Coca-Cola bottling and distribution companies to create a single entity, which will account for about 40% of all the Coke consumed in Africa. But, last Friday, the drivers who claim part-credit for Coke’s local success – and its victory over arch-rival Pepsi – filed papers with the Competition Tribunal urging it to impose strict conditions before it approves the merger necessary for the restructuring.

The merging parties should be obliged to invest no less than R500-million to develop micro- to medium-sized enterprises, the drivers said, and must also undertake to increase the share of profits that go to the drivers responsible for getting drinks to retailers.

“This merger cannot happen until they have made right what they destroyed,” said Thabo Tsolo, a former owner-driver. “We are also fighting for the new owner-drivers so that they do not have to experience what we went through and lose everything they have.”

Tsolo is also the lead complainant in a class action against ABI in which he and fellow drivers are claiming well over R6-billion in compensation. Former owner-drivers argue that ABI cut the drivers’ income, that some were fired for no reason, and that many lost their homes and livelihoods because of the scheme.

“We and ABI were partners in delivering drinks, yet they made the millions in profit and, when they were done with us, they simply terminated our contracts with no reasons for many of us,” said Tsolo.

Based on the mass claim against ABI, the owner-drivers are demanding access to documents on the planned restructuring of the local Coca-Cola operations, and a say in how the company restructures itself.

A 32-year-old current owner-driver said he is part of the action before the tribunal because he doesn’t know whether he will have work after the merger has been finalised.

“We are already working under difficult circumstances, getting paid money we can do little with. We are on the road for days sometimes and we cannot afford not to have this job because we are already in debt,” said the driver, who asked not to be named for fear of reprisals.

The planned merger would combine the mixing, bottling and distribution operations that serve 12 Southern and Eastern African countries, with the new entity expected to produce nearly $3-billion in annual sales.

A legal precedent
Late last year, the Competition Commission recommended the deal be allowed to go ahead subject to some conditions, including using local suppliers for cans, crates and sugar, and that job losses be limited to 250. The tribunal is yet to sign off on those conditions.

But the owner-drivers – 231 former and 106 current drivers, plus the widows and orphans of drivers – say the companies involved should be forced to provide them with documents, which could come in useful during the compensation claim action, and should face more onerous conditions.

Such conditions would not be without precedent. In 2012, the tribunal issued a ruling that saw global giant Walmart set up a R240-million supplier development fund to gain approval for its merger with the local retailer Massmart, the owner of stores such as Game and Makro.

The drivers hope for a similar outcome in the case of Coca-Cola.

Andries Nkome, the lawyer representing the drivers in the civil claim, said: “My clients deserve a say in how the restructuring happens because they have been taken for a ride before and we want to ensure that it doesn’t happen again.”

In their papers, the drivers say ABI used the owner-driver empowerment scheme to counter Pepsi as a competitor when it returned to South Africa in the 1990s. Permanently employed drivers were converted into independent contractors who bought their trucks and undertook deliveries on behalf of ABI. When Pepsi failed to challenge Coke (Pepsi made several such efforts, the last abandoned in 2015), the drivers say, they were unceremoniously dumped in different ways.

“We have never supported the owner-driver scheme from the get- go. We, as Fawu, saw that it would be exploitative and all that is only coming out now. But before the commission we are representing the full-time employees of Coca-Cola and we are still in discussion with the employer on the best way to go forth with this merger,” he said.

The ABI spokesperson, Raphala Mogase, said the merging parties maintain that the drivers’ grievances are a commercial dispute that is unrelated to the merger. The claims also do not relate to Coca-Cola, he said, because the contractual relationship at issue is between drivers and ABI.

“In terms of the Competition Tribunal proceedings, the merging parties have fulfilled all of their obligations regarding the filing of papers relating to the owner-drivers,” said Mogase.

Clarification:
In its March 11 article, “Disgruntled drivers round on Coke”, the Mail & Guardian stated that the civil claim of more than R6 billion against ABI was still on the court roll. The case had been dismissed with costs against the owner-drivers however, who state that they are currently amending their papers to be resubmitted at the Pretoria High Court.

Fawu members fight back in court