Msaki takes it easy on her way up 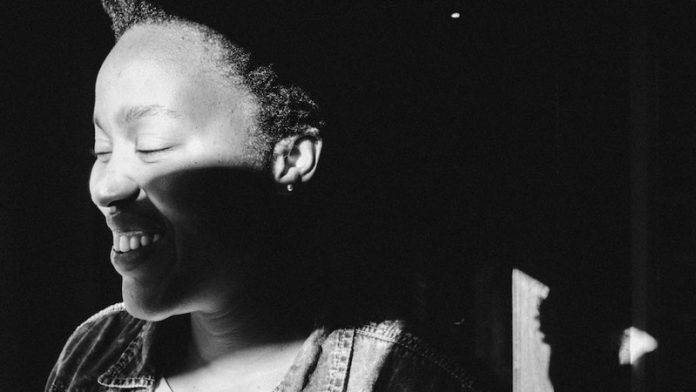 East London is a double-edged sword where ideas go to die or where they gestate before being brought to perfection, according to Afro-indie folk artist Msaki.

The town can be an unlikely muse. “The geography of the place has been instrumental in how I write and where I have been writing from even,” she says in a television documentary series, Sisters with Soul. “I will go write at the harbour and a song like Nalithemba will come out. Because there it’s very obvious that ships are coming in and out …”

Nalithemba is about any scenario where “hope meets the concrete”, or in which one can revel in “the dull beauty of waiting”, but it is also the title of Msaki’s first recorded project, an EP she has described as “an intro to get the sound out there”.

To date, she has sold more than 3?000 copies (it was released in 2013), requiring a reprint. Msaki and the Golden Circle’s Zaneliza was a crowdfunded project and is an elaborate, 17-song thank-you note to the Golden Circle who “validated my dream before it existed”.

An upcoming, more streamlined version of Zaneliza – to be released on her independent imprint, One Shushu Day – will be distributed by a company Msaki does not want publicly known yet, but she says they “get the job done”.

Although Msaki is often on stage with an acoustic guitar, she does not consider herself a guitarist. “I don’t think I’m really built to be an instrumentalist,” she says. “I use it as a songwriting tool. It’s a means to an end. It was for independence really. I strum a few chords and facilitate the space for other musicians to make it something more.”

That said, Msaki has a singular voice with a wide emotional range. She flits between a warm alto and a soaring falsetto, evenly phrasing lyrics with images of callous politicians and teargassed hearts.

When tackling social issues, such as on Dear Youth, she is speaking to a people lost but not unredeemable.

Because of the emotiveness of her repertoire, fans often glibly compare the singer with Tracy Chapman, whom she cites as an influence, but who is way down a pecking order, topped by none other than Busi Mhlongo. “I don’t know an artist that sounds more herself than mam’ Busi, and it seems to be coming from a very natural space,” she says.

She mentions Radiohead, Stimela, Joanna Newson and many angsty indie writers as among her listening habits. She also mentions The Brother Moves On, the BLK JKS and Umle. She prefers an open-ended, unstructured form of song construction.

“A huge influence as a folk musician, in terms of making the genre feel more real for me than Bob Dylan, is Neo Muyanga. The way he runs his artistry as a whole, including his very lax but cutting approach to academia and how he makes opera so kasi. He could be my biggest inspiration.”

Something of a reluctant star, Msaki was thrust on to the stage by a neighbour.

“When I was an exchange student in the United Kingdom, I had a guitar in my room,” she says. “It was very cold in my room and I was very lonely.

“Something about the colonial vibes of the place just made me keep to myself. Someone overheard me [singing and learning the guitar in my room] and the next thing I was on stage singing this song.”

Besides her idiosyncratic turn of phrase and the emotional and aural depth she marshals with rudimentary guitar playing, her ultimate fortitude is evidenced by the scope of her vision.

Zaneliza has moments of stripped- down intimacy and stately orchestral arrangements. The way she dominates house tracks, rendering hymns (seemingly) no longer underscored by rhythms, speaks to the sheer power of her voice and poise. “I was also testing myself to see whether I could work within certain boundaries.

“In terms of owning those songs and being proud of them, I totally am,” she says.

“I’m not going to be a house recording artist any day but I do think those two collaborations [Mobi Dixon’s Love Colour Spin and Revolution’s Spring Tide] are something I can be proud of.”

What Msaki’s versatility underscores is that she is not trying to overplay her hand for fame. From her poise and cool, we are reminded that the most rewarding path to success is your own.

You can listen to Msaki’s music on Soundcloud. Her album Zaneliza will be out in April 16.

Msaki sings, and we heal

Museum of Lungs: A fight to survive