US mayor to take to the seas on a raft 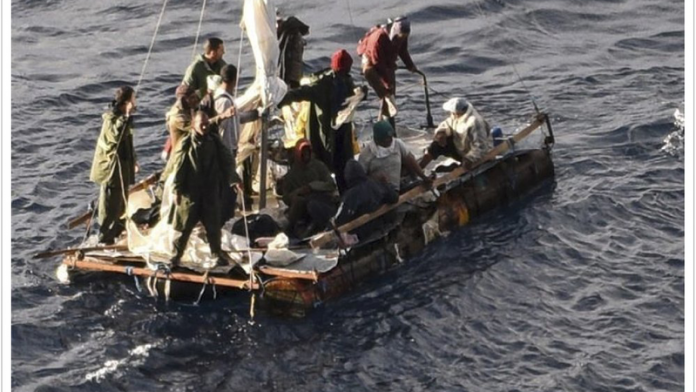 A Florida mayor has floated an idea he says will allow him to better understand the experience of undocumented Cubans who arrive in the United States by boat.

“My plan is to go down [to Cuba] and build a raft and come back to Florida on it,” said Clint Johnson, the mayor of DeBary, a small city just outside Orlando.

The 30-year-old official said he wants to highlight the journey of thousands of Cubans who now live in his home state. In October, November and December last year, 1 536 Cubans attempted the trip. In the fiscal year of 2015 about 5 000 Cubans were picked up at sea by the United States Coast Guard.

“The journey they take is largely unreported and there is very little information on exactly what these men, women and children go through to get here,” Johnson said on his website.

The prospect of negotiating the often dangerous waters of the Florida Straits for 140km on a raft made with two steel barrels and some plywood also appealed to his adventure-seeking nature, he said.

“I have heard the sharks will circle the boat, because bait fish will get underneath it and attract them,” Johnson told the Guardian. “The sun: you can overheat quickly, you can dehydrate. You can hit a storm. There’s plenty of dangers and I don’t take them lightly.”

He has already received a visa from the Cuban government and intends to fly to Havana in mid-April. Once there, he will build a raft himself with the help of local Cuban contacts, who will help source materials. (It remains illegal for Cubans to construct, repair or board a sea-going vessel intended to be used for illegal immigration.)

Johnson will then head back to the Florida Keys as soon as the weather permits.

Not a publicity stunt
He said he saw a photo posted on Instagram by James Harrison, a linebacker for the Pittsburgh Steelers, whose cruise ship encountered a raft with 16 Cuban asylum seekers.

“That’s my inspiration for how to build it,” said Johnson, who is a licensed state contractor and whipped up a trial raft this week.

He plans to test the raft by crossing Florida’s Monroe Lake. If it holds up, he will spend a night on it just off the Florida coast. Then he will attempt to cross the Okeechobee Lake outside Miami, before he flies to Cuba.

Johnson is no stranger to extreme travel. He walked across Florida at the age of 16 to eat a critically acclaimed sandwich, and cycled across the state last year to bring awareness to local trails.

Since getting elected mayor in late 2014, Johnson said he is trying to focus on adventures that “have a little bit more purpose”.

He is worried that the media attention on his Cuba trip may mean the Coast Guard will force him to have a chase boat to accompany him the whole time.

“I don’t want it to get to the point where it’s so safe; there’s no point. I want to show the most respect possible to the people who have done this before and best share this experience. I don’t want to turn this into a publicity stunt.”

The Coast Guard had originally requested Johnson to carry a locator beacon with him, but now they are urging him not to do the trip at all.

He plans to update his website with photographs, interviews, videos and stories.

“It might be a walk in a park, or it might be the most extreme, dangerous thing I have ever done,” said Johnson. “It’s so largely unreported, I can’t really understand it until I have done it. That’s why I’m doing it.” – © Guardian News and Media 2016