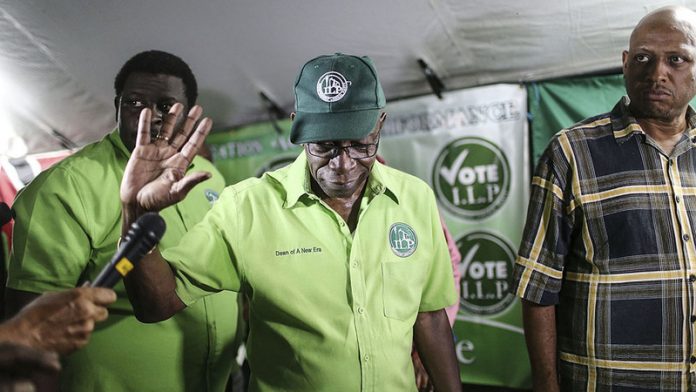 They stole our bribe. If it wasn’t so devastating to South Africa’s reputation, it would be funny.

But one thing is clear: it will be hard to ignore Fifa’s first public statement that South Africa paid $10-million to secure the rights to host the football World Cup in 2010.

An aggrieved Fifa, now under new leadership, filed a detailed statement in support of a request for restitution – it argues that it, too, is a victim of dirty football bosses – to United States authorities on Tuesday.

Fifa accuses several football bigwigs of abuse of power to line their pockets over many years – causing great harm to Fifa’s reputation.

On page 10 of the statement, Fifa lawyers highlight South Africa’s alleged bribe to former Fifa executive Jack Warner, who they said had worked with American football administrator Chuck Blazer to swing votes in favour of the country’s World Cup bid.

It was Blazer who first spilled the beans in a plea deal he made with US prosecutors last year.

“They disguised and funnelled the bribe money through the financial accounts of Fifa, member associations and the Fifa World Cup local organising committee,” said Fifa.

A yet-to-be-identified senior South African official, known as “co-conspirator #15”, is no doubt very nervous about the alleged $10-million payout as the FBI continues its investigation into the broader scandal.

The US authorities are investigating an additional payment by another unidentified high-ranking South African official who allegedly handed $10 000 in cash to Warner’s son, Daryan, in a hotel room in Paris. This payment was supposedly made prior to the $10-million “bribe” and was also part of the votes-for-sale scandal, Fifa charges.

The FBI and the office of the US attorney general eastern district in New York declined to answer questions about the investigation. South Africa has repeatedly denied paying a bribe – so far only admitting that $10-million was paid to Concacaf, the Confederation of North, Central American and Caribbean Association Football, then headed by Warner, to develop football in the Caribbean.

Sports Minister Fikile Mbalula has denied the payment was a bribe. The Mail & Guardian last year reported that Danny Jordaan had written to former Fifa secretary general Jerome Valcke. In the letter Jordaan said the government had agreed to the payment but then suggested it be deducted from money Fifa was to pay the local organising committee. Jordaan could not be reached for comment.

Fifa now argues that, given “Warner’s strong illicit ties to the South African bid committee” and the country’s “more attractive bribe of $10-million” (compared with the $1-million Morocco allegedly offered) in exchange for votes for 2010, the hosting rights were swung.

But this money, Fifa said, was then stolen by Warner.

The claim against Warner and other former international football bosses stems from evidence gathered by investigators in the Fifa corruption scandal that cost Sepp Blatter his job as president of the federation.

The damage done by “their greed cannot be overstated”, the document reads. “To date, the government has ensured the forfeiture of more than $190-million in assets and identified, recovered or frozen more than $100-million in the United States and abroad relating to the defendants’ felonious schemes.” These monies, Fifa states, should be used to compensate the victims.

The restitution claim by Fifa came just days after former South African Football Association (Safa) chief executive Leslie Sedibe became the first high-profile local figure linked to the scandal. Fifa slapped Sedibe with a R300 000 fine and a five-year ban for his role in hiring now-convicted Singaporean fraudster Wilson Raj Perumal to arrange pre-2010 World Cup warm-up fixtures. The results of these games were later found to have been manipulated.

In a letter on Monday, Sedibe said he had not been found guilty of match-fixing or unlawful conduct, saying the ruling suggested “administrative failure by me”. He said he had asked the police to investigate the match-fixing allegations but was told that the National Prosecuting Authority had declined to prosecute because of insufficient evidence.

Sedibe said he is a scapegoat and that Safa had told him to destroy all correspondence and documents dating from his tenure as its head.

Safa’s Dominic Chimhavi, asked for comment on the Sedibe and Fifa cases, said: “Ask the government.”

After being chased away for asking for minimum wage, Gqeberha bakers who endured racism turned first to the CCMA, then to a political party, then to a union. None helped
Advertising