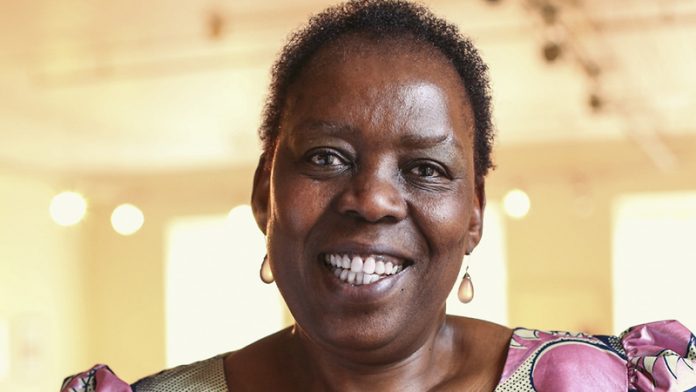 Former Cabinet minister Nozizwe Madlala-Routledge has resigned as chief executive of a nongovernmental organisation charged with distributing hundreds of millions of rands in donor money, claiming it tried to buy her silence on alleged improprieties by offering her a financial settlement.

The ongoing dispute between Madlala-Routledge and the board of the South African Institute for Advancement, better known as Inyathelo, could be headed for the Commission for Conciliation, Mediation and Arbitration (CCMA) after simmering since October.

Inyathelo connects nonprofits with global mega-funders and deep-pocketed local philanthropists such as Atlantic Philanthropies, the Kresge Foundation, the DG Murray Trust, the Ackerman Family Foundation, and Jonathan and Jennifer Oppenheimer.

At the heart of the dispute is an investigation and disciplinary process instituted by the Inyathelo board against Madlala-Routledge.

The former minister has described the disciplinary action as a “kangaroo court” and says it resulted from difficult questions she raised regarding corporate governance at the organisation.

“I believe a vendetta has been waged against me because, on assuming the leadership of Inyathelo, I started to question what appeared to be numerous improper and irregular practices,” said Madlala-Routledge.

This week she refused what she says she viewed as a settlement offer from the board, which would have bound her to confidentiality and prevented her from seeking redress at the CCMA.

A senior manager who resigned in January said some of Inyathelo’s largest funders are considering ­severing their relationship with the organisation due to the ongoing ­dispute. Inyathelo denies this, ­maintaining that no donors have pulled funding.

“On the contrary, a number of donors have sent messages of support to the board of trustees of Inyathelo,” said chairperson Zenariah Barends.

In a letter to her Inyathelo colleagues on Monday, Madlala-Routledge (a former deputy minister of defence and of health) said she had declined the board’s settlement offer because she “refuses to remain silent”.

She told the Mail & Guardian that she was “weighing up” her options, one of which was taking Inyathelo to the CCMA, where she feels she has a chance at a “fair hearing”.

She said the settlement offer was made to her during her disciplinary hearing on Monday, but she decided to resign as she believed that the procedure followed by Inyathelo was “deeply flawed”.

“What the board of Inyathelo has dressed up as a disciplinary hearing is nothing more than a kangaroo court,” she said.

The M&G reported in December that Madlala-Routledge had been suspended by the board, an act she claimed at the time was a direct response to her asking difficult questions about a R1.5?million alleged golden handshake and a sweetheart consultancy deal handed by the board to former Inyathelo chief executive Shelagh Gastrow, a founder of the organisation.

At the time, Gastrow and Inyathelo denied that there was anything irregular regarding the “modest payment” in light of Gastrow’s 13 years of ­service, and also denied any impropriety in the consultancy deal.

Since December, Inyathelo has lost a number of senior staff members, who told the M&G they had resigned due to the damage the board’s “heavy-handed” and “destructive” investigation against Madlala-Routledge had caused to the organisation.

Sarah Nicklin, who resigned as Inyathelo’s communications manager last month, told the M&G that the investigation had split the staff and had “severely damaged the organisation”.

Another former senior manager said that many Inyathelo staff members were actively seeking employment elsewhere and several had been emotionally and psychologically affected by the “toxic” work environment, with at least one seeking therapy to deal with the trauma.

Madlala-Routledge told the M&G that at the beginning of her disciplinary hearing on Monday she made a statement that raised a number of issues, which she argued were crucial to making it a fair process.

“Over the past three months, I estimate that the board has spent in excess of R1?million on a senior attorney from Bowman Gilfillan as part of their efforts to try and build a case against me and have me dismissed,” said Madlala-Routledge.

Madlala-Routledge’s request that Inyathelo pay for her legal representation was refused. She said that when the chairperson of the disciplinary hearing made this ruling, she decided to resign rather than continue with an “unfair” process.

“The other reason I strongly feel the process was unfair and unprocedural is that I had been asking the Inyathelo board for several documents, including their brief for the attorney who conducted the investigation, witness statements and board minutes, where crucial decisions were made in my absence,” she said.

Inyathelo then allegedly made her a settlement offer. “I listened to their offer but did not engage them or negotiate on the offer,” she said. “I was clear that for me, this was about my dignity and not about the money. It was also about my right not to be silenced,” said Madlala-Routledge. “It was a matter of principle.

“For these reasons, I turned down Inyathelo’s offer to pay me out the rest of my contract on condition I did not refer the case to the CCMA at a later stage and that I would sign a confidentiality agreement,” she said. “I refused their offer and tendered my resignation, with immediate effect.”

In response to the M&G’s questions, Barends forwarded a letter that Inyathelo’s board had sent out to stakeholders on Tuesday, saying that the disciplinary process was fair and transparent.

“Rather than participating in the disciplinary hearing and dealing with the factual allegations of serious misconduct, Ms Madlala-Routledge chose to resign with immediate effect,” reads the letter.

It states that she was furnished with a bundle of documentation relating to the charges against her in mid-February. It says that Madlala-Routledge did not challenge the investigation into her conduct and had her own legal representation throughout the investigation, except for one meeting.

“The board proposed that Ms Madlala-Routledge resigns on [two months’] notice, as provided for in her employment contract,” reads the letter. Inyathelo says that if Madlala-Routledge is seeking to create the impression that the board offered her an amount of money more than her contractual notice period, this is incorrect.

The board says it took “appropriate action” and that if Madlala-Routledge decides to take further legal action through the courts or the CCMA, it is confident that its position will be vindicated.

The new head of the SA Institute of Advancement, which connects nonprofits with funders, is up against board members and the former chief executive.
Read more
National

The "Vote No" campaign, co-headed by Ronnie Kasrils, is meant to encourage disheartened voters to go to the polls on May 7, not a "no vote" campaign.
Read more
National

The veterans strike back: The ANC’s dilemma

Ignore them or attack? Both of the ANC's responses to criticisms from its former leaders have done the party a disservice as elections loom closer.
Read more
Opinion

A debate is vital because by now South Africans know that what good laws are meant to do and what they achieve in reality are not always the same.
Read more
National

‘Give us leaders who care’

<a href="http://www.mg.co.za/specialreport.aspx?area=ancconference_home"><img src="http://www.mg.co.za/ContentImages/321750/Icon_ANCconference.gif" align=left border=0></a>As the clock ticks towards the ANCâ€™s congress, thereâ€™s anxiety and excitement. Not only internally, but in the nation, the ANC leadership battle has unleashed new opportunities for renewal and active particiÂ­pation. Everybody is talking, not just about whoâ€™ll lead us, but also about how we want to be led, writes Nozizwe Madlala-Routledge.
Read more
Opinion

Battle of the ministers

President Thabo Mbeki has unleashed a storm of controversy with his sacking of deputy minister of health Nozizwe Madlala-Routledge.
Read more
Advertising