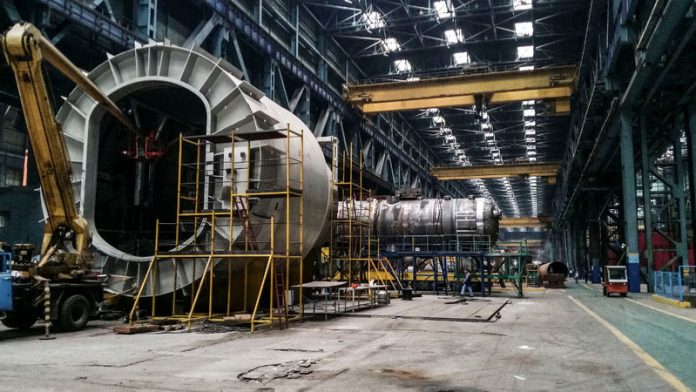 Presenting at the 2016 Nuclear Africa conference, on Wednesday, Rosatom project manager Irina Manina, gave the firm’s estimates of the economic benefit the nuclear programme could provide.

In terms of employment, the nuclear programme could create 10 200 jobs during construction, 10 000 jobs in related industries and consumer goods, and just over 5700 jobs during the operation of new nuclear plants.

Rosatom estimates that the nuclear programme would add $22.8-billion in gross value added to the economy, tax income of $3.8-billion during construction and $48.7- billion.

Meanwhile the benefit to local subcontractors directly involved could be in the order of $21-billion.  South Africa plans to procure 9600MW of nuclear power, as set out in the integrated resource plan (IRP) of 2010.  The costs of these nuclear ambitions are estimated to be between R400-billion to R1-trillion.

The affordability of nuclear is one of the key concerns for critics of the programme. The plan has been controversial for other reasons, including the failure of government to endorse a revised draft of the IRP, which contains updated economic information underpinning the policy, and recommends a delay to timelines for nuclear procurement.

South Africa is facing numerous economic challenges, placing the government’s budget under ever growing pressure. It faces further credit ratings downgrades, which will relegate South Africa’s debt to sub-investment grade or junk status. This will have serious implications for the country’s cost of borrowing and its ability to finance a new nuclear build programme.

Ratings agency Moody’s is in the country to assess South Africa, after placing it on review for a downgrade.  While in the country, Moody’s said it would explore “the implications of expensive schemes, such as nuclear energy and National Health Insurance, for the government’s finances in an environment of rising interest rates.”

But Rosatom’s head of international business, Nikolay Drozdov, told Reuters that the costs of the programme would be far lower than the estimates reported in the media.  Drozdov said that the devaluation of the rouble and lower oil prices mean Rosatom was more “competitive against dollar and euro bids” Reuters reported.

Government has thus far remained committed to nuclear procurement. President Jacob Zuma however said in his state of the nation address that it “will only procure nuclear on a scale and pace that our country can afford.”  Nevertheless the government is aiming to release a formal request for proposals on the programme by the end of the month.

For South Africa’s nuclear build programme to be successful, particularly in ensuring localisation of the programme and the establishment of a wider nuclear industry beyond simply power generation, it would have to do some “hard bargaining”.  This was according to Tim Yeo, the chairman of New Nuclear Watch, which campaigns for the development of nuclear energy. It was important to learn the lessons of other countries that are currently constructing nuclear plants.  The risks of construction and cost overruns can be reduced by choosing tested and tried nuclear technologies, rather than first of its kind technology said Yeo.

“Drive a really hard bargain on the share of the supply chain work which can be localised,” he said.  There is huge potential benefit from localization but it will only be captured by “skillful and tough negotiation” with nuclear vendors.  “The ultimate cost of the electricity generated from new nuclear plants, depends significantly on the cost of borrowing the huge capital sums required upfront for the construction”, said Yeo.

“Negotiate toughly over the issue of finance with vendors,” he said, adding that if they can borrow more cheaply than South Africa, it should shift as much of the financing costs during construction onto their shoulders.