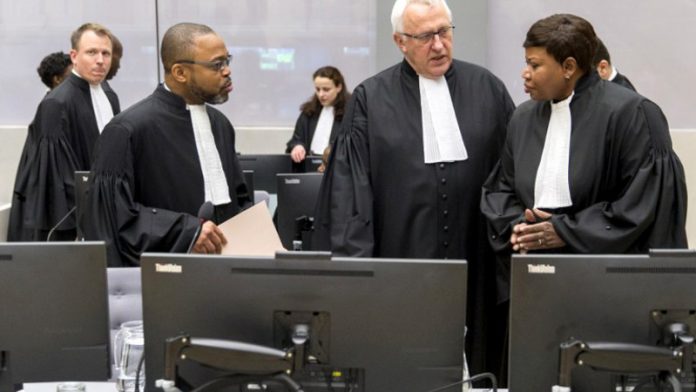 The South African government has chosen to remain quiet on the landmark conviction of former Congolese vice-president Jean-Pierre Bemba by the International Criminal Court this week.

Bemba is the highest profile leader to have been convicted by the court in The Hague, and the judgement has been hailed as significant because it was the first at the ICC to focus on sexual violence as a weapon of war, and it was the first time that a commander has been held responsible for the conduct of his troops even though he wasn’t physically present or directly engaged.

Bemba was found guilty by the court in The Hague on five charges of crimes against humanity and war crimes, including rape, murder and pillage, committed in 2002-2003 in the Central African Republic.

He had been the commander-in-chief of the former Congolese rebel group, the Movement for the Liberation of Congo, as well as a vice president of the Democratic Republic of the Congo during the 2003-2006 transition.

When asked for South Africa’s stance on the matter, department of international relations and cooperation spokesperson, Nelson Kgwete, said there was no comment. “No need for SA govt reaction on the matter,” he said in a text message.

Justice department spokesperson Mthunzi Mhaga’s reaction was the same. “No commentary on the matter,” he said.

ANC Women’s League spokesperson Thoko Xasa failed to respond to a text message on the matter.

South Africa is currently a signatory to the Rome Statute which means it is a member of the ICC. The government has, however, indicated that it would start a process of withdrawing from the Rome Statute because, together with other African countries, it felt leaders on the continent were being unfairly targeted.

There has been a move from African Union member states to get countries on the continent to withdraw from the ICC en masse. The international condemnation of South Africa’s failure to arrest Sudanese president Omar al-Bashir when he attended the AU summit in Johannesburg in June added impetus to the move.

The AU has taken a stand against the prosecution of sitting presidents after Kenyan president Uhuru Kenyatta was summoned to appear before the court in relation to post-elections violence in Kenya in 2008.

The AU has not yet released a statement on the Bemba matter and has not responded to a request for comment as yet.

United Nations secretary general Ban Ki Moon said in a statement this week: “The judgment of the Court reaffirms that impunity will not be tolerated and sends a strong signal that commanders will be held responsible for international crimes committed by those under their authority.”

She said: “The conviction sends a clear message that the international community will hold accountable those who fail to exercise their responsibilities as commanders to prevent and punish the use of sexual and gender-based crimes as weapons of war.

“UN Women acknowledges the commitment of Prosecutor Fatou Bensouda and her Office to end impunity for sexual violence in conflict.”

More than 5000 victims – an unprecedented number – participated in the proceedings.

Insitute for Security Studies analysts Stephanie Wolters and Ottilia Anna Maunganidze wrote in ISS Today that the judgement wouldn’t be welcomed by all.

They say the sentiment in the DRC among Bemba’s supporters as well as the public at large was that the charges against him and his arrest in 2008 were a political ploy to eliminate him as president Joseph Kabila’s main political opponent.

“Bemba remains an iconic figure in the DRC. With Kabila’s decline in popularity, many felt that Bemba was a viable presidential candidate.

“The current uncertainty caused by Kabila’s refusal to declare that he is not running in this year’s presidential election, coupled with an orchestrated delay in the electoral calendar, have fueled opposition to the ruling alliance,” they wrote.

But they said the Kabila camp shouldn’t celebrate Bemba’s conviction as a victory. “They would do well to consider the precedent that the verdict sets – the ICC’s firm pronouncement on command responsibility could come back to bite them too,” they wrote.

Former Ivory Coast president Laurent Gbagbo is currently in front of the ICC, the first former president to reach trial at the tribunal.

South Africa is set to announce soon whether or not it would appeal an appeal court judgement last week that ruled its failure to detain al-Bashir as “disgraceful conduct”.