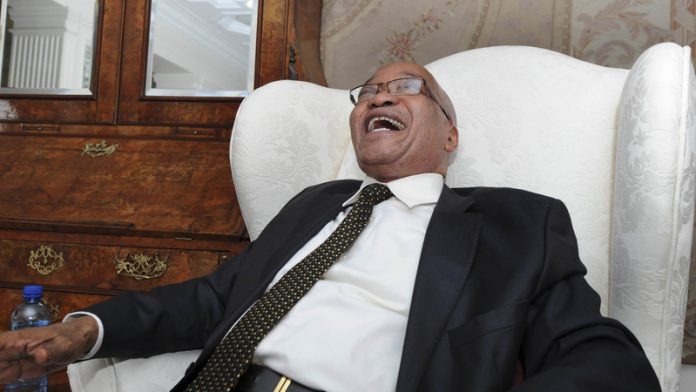 Never before in his seven-year reign has there been such a strong call by a wide spectrum of ANC members for President Jacob Zuma to step down. Still, he emerged seemingly strongly after the most recent meeting of the party’s top leaders. So why couldn’t the national executive committee (NEC) fire Zuma?

2.    Local government elections campaign: A source who attended the meeting and who was in the lobby group that wanted to see Zuma go, told M&G Online that this group was in the majority but consciously pulled back because it would impact negatively on the party before the local government elections. “Imagine what it would have done to the image of the ANC? It would have been irresponsible of us to do that,” the NEC member said. It would also have taken the party’s attention away from selecting list candidates – when violence had already erupted at some meetings – and from campaigning, when support for the ANC in some key municipalities is already on a knife edge.

3.    Bad precedents: Many in the ANC still remember President Thabo Mbeki’s recall in 2008 as a bruising, painful and polarising period in the governing party. It’s not an experience many want to see repeated, and recalling a president twice in a row so early in the country’s democracy could cause the party to make a habit – or even a tradition – out of it.

4.    The void: If Zuma was recalled as president of the country, who would step into his place? Rightfully it should be Deputy President Cyril Ramaphosa, who has ambitions of his own to step up to the ANC’s presidency next year. This would, however, create two centres of power between the Union Buildings and Luthuli House, should Zuma stay on as ANC president. Should Zuma be recalled as ANC president too, there is always the risk that Ramaphosa would not be elected ANC president, which would again present the problem of a duplication of power centres.

5.    A president on a short leash is better than a bored ex-president: When Zuma was sacked as deputy president in 2005, he suddenly had a lot of time on his hands to organise. He also did not have to abide by government protocols anymore about where to go and who to speak to, so he was free to campaign anywhere. Should Zuma be released from his duties now, he would have the freedom to campaign for a comeback to the ANC’s top spot either in person (there are no term limits in the ANC right now) or in the form of a presidential candidate of his choice. He might just be successful too, because ANC members love an underdog. As things stand, the NEC decided to keep Zuma on and to remind him that appointments should be made by him. He should consult the ANC about these, and not anybody outside the party, they said.

6.    A revolt from the branches: When you take important decisions like getting rid of a leader, it’s always best to take the branches with you to avoid a revolt or a split. A special national congress would be the best way to deal with an urgent recall. In the absence of that, it’s best for the party to bide its time until its next congress in 2017.