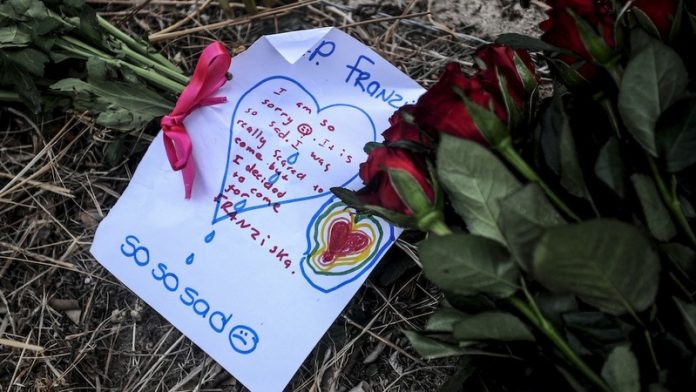 Earlier this month, on a Nigerian feminist’s Twitter feed, I spotted men earnestly arguing the case for child brides. In 2016. On International Women’s Day. And once again, a question that’s been haunting me for decades started running like ticker tape across my mind: Why do men hate women so much?

It’s a question I’ve been wrestling with for many years. This time, I thought I might shake some new answers loose by investigating social media and the way it’s become a hall of mirrors that, while often distorting, nevertheless reflects the pervasiveness of global misogyny.

But I proceeded cautiously, even as the vile things that women endure online had me peeping between horrified fingers at my screen. I qualified my question (only some men, of course). Even though every time I get the #NotAllMen response, I want to ask: “Do you think I’m that stupid? That I can’t tell the difference between men as a socially constructed group with privileges and the individuals in that group?”

And then came the double rape-murders in Cape Town, a week apart, of Sinoxolo Mafevuka and Franziska Blöchliger, both in their teens, one in a public toilet in Khayelitsha, the other in Tokai Forest. Sinoxolo’s violation and slaying would no doubt have remained a blip on the radar (the daily rape and killing of women in this country is hardly news) if her story had not been coupled with Franziska’s, which garnered a flare of media attention.

I followed the online responses, the cries of horror and agony and outrage, and the assumptions that came hot in their wake: that Franziska was white, that Sinoxolo’s community had not gathered to mourn and mobilise. Yet both girls were allegedly murdered by young men with skins the same shade as theirs; and just because there was no saturation media coverage didn’t mean that Sinoxolo’s community felt any less grief and horror.

These rape-murders represent the extreme manifestation of a rape culture we tolerate as long as it hovers around the “benign” end of the spectrum. When it shows itself in its true colours, in this kind of hideous violence, we’re shocked, grieved and bewildered – even though we let it slip, over and over, in the cultures we endorse, that we’re not that different to those who treat women, gay men and children as if they’re tissues to be used, crumpled and thrown away.

What will it take to change this? How long will every woman and girl we know have to go on playing a kind of daily Russian roulette with their lives? And what will it take for us to recognise the magnitude of the problem?

Misogyny – the hatred and fear of women simply because they are women – is so often wrapped up in “compliments” (yes, Number One, that was aimed at you) and “jokes”, we fail to recognise its seriousness. It’s often bolstered by women themselves. How often have you been the only woman in the room and tittered at a sexist crack to prove you’re not a humourless harridan? Or because you fear becoming the lightning rod for the aggression lurking beneath the guffaws?

Back to the place where these opinions play out for most of the connected middle classes: Planet Cyber, where anyone with a pseudonym and a smartphone can be as vile as they wish, with impunity.

Those who are not lily-white know that, on Planet Cyber, racial epithets fly faster than the speed of bytes. But what we tend to slide past is that online abuse of women goes straight for the sexual jugular. Women with opinions on topics as diverse as Palestine and Bernie Sanders are immediately “whores”, “bitches”, “sluts” and much worse. Or we’re hideous: so fat/skinny and ugly, no man will ever want to marry us. And hot on the heels of these observations come the rape threats. In the words of John Oliver: “If you’ve never experienced this, congratulations on owning a white penis.”

When Verashni Pillay, the editor of the Mail & Guardian, publicly apologised for a bad decision, she attracted online outrage. That’s the heat any media editor has to be able to take. But her male peers will never be sent, as she was, images of a white man in a suit beating a naked and supine black woman, or the equivalent – because there is no equivalent way of harassing a male editor.

The overt misogyny that women experience online has, ironically, a valuable function: it rips away the veil that hides or softens sexist, homophobic and transphobic abuse, which usually takes place in domestic and intimate spaces, and has historically been much less visible than say, racism. We can no longer pretend that the tsunami of sexually violent hatred washing across our screens is the work of a few sad sickos crouching in parental basements, their modems substitutes for lives. There’s just too much of it.

I recently edited a thriller-romance about cyber-stalking (Now Following You, by Fiona Snyckers). It raised the questions: Should women police themselves online? Isn’t telling women how to behave on social media the same as telling them not to wear short skirts?

I agreed with this feisty attitude. My online space was where I played and worked. I took sensible precautions, but I was damned if was going to censor my own cyber-existence. That was until a feminist friend came under fire from a bunch of men’s rights activists on Twitter. I made sympathetic noises. At which one of these princes hunted through my photos, found the only one that included two little girls, daughters of friends – and posted it to all his followers, with a message for me: “It took me 30 seconds to retweet these.” And, just like that, I lost my stomach for Twitter.

I posted a link on Facebook to an article that journalist Helen Walne had written on Franziska and Sinoxolo’s deaths. In it, she rejects the monster narrative – because if monsters carry out these acts, then they are nothing to do with us: they are not our sons, husbands, friends, colleagues, pastors, teachers.

For sharing this article, prefacing it with the same questions I ask here, I was called a “feminazi”.

Sinoxolo Mafevuka was raped and murdered in Khayelitsha.

Two men in particular – one a pseudonymous troll, one a man using his own name – piled on homophobic insults, legal threats, ugly words. I wasn’t upset or surprised: they proved my point. If women ask the uncomfortable questions prompted by yet another girl’s body broken by men, we’re the problem, feminazibitchsluts “fanning the flames of hatred”. “I hope you’re not married,” chuntered one commentator.

I wish those who take offence at difficult questions about the murderous extremes of rape culture could know the grace and compassion with which some rape and child abuse survivors manage to ask: “What broke these men so badly they had to break me in turn?”

The truth is that we live in a cynically capitalist and patriarchal world that overpromises to men, conspires to withhold valuable life and social skills from them, and then encourages them to take their inevitable disappointment and frustration out on women. And how do they pick these women? Sometimes, gender is all that counts. But research suggests that while children are raped mostly because they’re easy prey, women are often chosen for the outrageous sin of independence. Feel free to google my published academic work if you find this hard to believe.

So don’t explain to me why you’re one of the good guys. Instead, speak up the next time your colleague says something demeaning about women. Say “that’s not funny” when next you hear a rape joke. Report online rape threats. Talk to your sons and daughters, and tell them the same thing: that all human beings have equal rights to freedom and dignity.

I stay angry because rage is fuel: it feeds the fight for a better world.

But last week, chance took me past the forest where Franziska was gang-raped and murdered. The piled-up flower tributes were mostly dead, brown leaves rattling in the wind. My vision blurred. I could not feel rage, only the most overwhelming sorrow: that we live in a world where a girl cannot walk to a toilet, or run down a track, without the risk of paying for these innocent moments of independence with her life.

Helen Moffett is a freelance writer and book editor