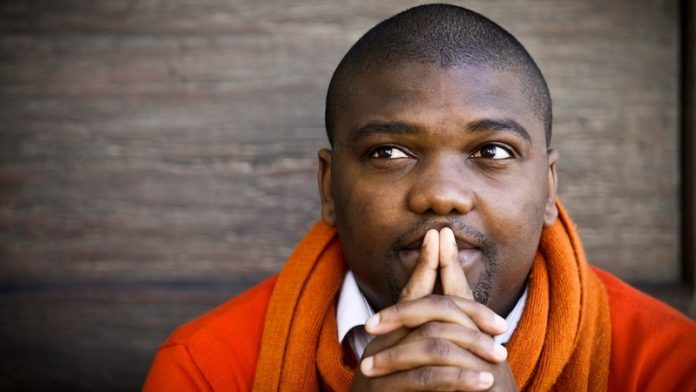 ‘State capture’ is nothing new

The notion of “state capture” sounds very bad and one appreciates the unequivocal and vehement rejection of it (Parastatals in Guptas’ web).

But we’ve got to be careful of the pitfalls of a piecemeal reaction to events. Principle should be the guide for the fairness inherent in a consistent application of the criticism.

But if it is indeed true, for instance, that the two richest people in South Africa own the same wealth as 50% of the entire population (this is according to Oxfam) the whole economy and the country itself are already done and captured.

Of course it doesn’t make the alleged “new” capture right or any less repugnant, but why do we tolerate the one and not the other?

There is a double standard here. The Marikana massacre happened because of capitalist interests capturing state organs. Why is “state capture” being peddled as if it is something new?

Some brethren unashamedly strain at a gnat and swallow a camel. Investigate the phenomenon and not just an alleged incident. Otherwise, it sounds like Indian-lynching. – Dr Masitha Hoeane

What does it mean to be white in SA?

As daft as this sounds, I spent my Human Rights Day scouring through the last two months’ issues of the Mail & Guardian, cutting out and scrapbooking the articles relevant to #feesmustfall, #Rhodesmustfall and issues of race.

Perhaps, unlike those who gathered outside Parliament on December 16 2015, demanding that #ZumaMustFall, I really don’t know #WhatMustFall. And perhaps the act of cutting and pasting headlines and photos was an attempt to work out where I, a thirtysomething white heterosexual female, could fit in.

I know South Africa is undergoing a revolution and that the shifting balance of power seen in race politics worldwide is long overdue (take one look at Beyoncé).

I know that my white skin and English mother-tongue has afforded me opportunities I don’t deserve, and that on a day-to-day basis I enter spaces that Louise Ferreira on the ThoughtLeader blog describes as “friendly to white people as default”.

And as I watch our universities burn, I know my honours degree puts me in the top 5% of the population with the earning potential and social capital to match. Aware that this privilege didn’t come from my hard work but rather because of what my ancestors did for themselves and, yes, what they did for me … I can’t help but have a secret and growing disdain for my white skin.

I find myself jealous of my darker-skinned peers and my gay and lesbian colleagues who find themselves on the right side of history.

So what do I do now? Recently a lesbian women of colour told me that it’s up to enlightened white people to sort out racist white people, just like it’s up to heterosexuals, not homosexuals, to sort out homophobia. But I think listening to voices of colour around me has been most helpful and will continue to be helpful in this journey forward.

What Milisuthando Bongela described in her Friday column (The politics of the Queen’s English) as wanting to “decant [her]self of whiteness” resonated with me. But again the jealousy raised its impervious head – easy for her to say, she can decant her whiteness.

But perhaps a more useful interpretation is that whiteness goes further than skin colour; it’s a product of colonisation and white people can choose to be either villains or victims of it. – Deborah Matthee

I enjoyed reading Kwanele Sosibo’s story about the Time of the Writer festival (Decolonise the book to create anew) and have two rhetorical questions related to it.

I was intrigued by the article on the Kim Kardashian konundrum. The woman has always put me in a “conniption”, to use an old-fashioned Jane Austen word. I was forced to re-examine my immediate responses to her by the original structure of the article, in the form of a dialogue between two modern and clever women.

I now acknowledge, after reading this excellent analysis, that there is a whole new perspective to the Kim Kardashian phenomenon. She is so successful at building an empire on her assets and her courage at facing (baring?) up to the PC and judgmental attitudes of society at large that I now feel completely differently about her.

She knows who she is, the writers know who they are, and they are three very courageous women in this abusive and divisive society in which we live. I feel enlightened and hopeful for the future of strong women. Thank you, Alex van Tonder and Milisuthando Bongela for engaging me in a lasting and thoughtful way, and changing my attitudes in a single, powerful reading. – Janis

The article in question focused on a spider’s web of contacts within the Boards of state-owned-enterprises, Transnet and Eskom, aligned to the powerful Gupta family.  As an Eskom’s board member since December 2014, I was completely surprised to be associated with the Guptas’ networks mentioned above.

While it is a matter of public record that I once tried to venture into mining with Salim Essa, the M&G failed to clarify that the company in question was actually dormant.

Secondly, Ujiri Mining has never traded at all nor participated in any lucrative mining deals.

The paper also further neglected to clarify that the company has had no direct links whatsoever with the Gupta family.

Furthermore, the paper failed to make it clear that there is no single shred of evidence of skulduggery emanating from this mining venture or my association with Essa.

Lastly, the M&G’s article and the infographics insinuated or rather created an impression that my association with Essa equaled to a direct relationship with the Gupta family. Besides my association with Essa, I am surprised as to why the M&G decided to involve me in an article demonstrating the power and influence of the Gupta family over certain government officials and Boards while I have had no dealings with them; either as Director of the Eskom Board or as a director of any other company.

The inclusion of my name in the spider’s web of the Gupta family’s influence in government is purely misleading and it’s clearly intended to unfairly drag my name into the gutter of State capture politics. I must place it on record that I signed up to the Eskom Board to serve and contribute and I have served diligently and honestly on the main board and as a member of sub-committees. In my time as a member of the Board, we have worked closely with the new management team under the leadership of CEO Brian Molefe to rescue Eskom from a state of  perpetual crisis management to a stable power supplier for the country. Last but not least, I would also like to put it on record that since the day of my appointment I’ve never been asked by anyone to work with the Gupta family or to take instructions from them or anyone representing them.  By dragging my name into the state capture narrative, the article sought to place me  in a network of alleged corrupt activities and thus damage a reputation that has taken decades of hard, honest work to build.

I abhor corruption and take serious umbrage at your newspaper associating with such practice. I am familiar with the South African Press Code which enjoins newspapers to report “truthfully, accurately and fairly” and to avoid   any “intentional or negligent departure from the facts whether by distortion, exaggeration or misrepresentation, material omissions, or summarisation.” In compiling the report the M&G’s journalists departed from fair journalistic practice in order to be able to insert my name into the story.

Had they exercised basic journalistic practice they would have easily discovered the facts as they have been outlined above. – Romeo Kumalo

Note from the editor: The Mail & Guardian and amaBhungane gave Mr Kumalo 24 hours to comment or correct the facts and allegations that were later published and he did not do so ahead of publication.

In this extract from The Broken River Tent, by Mphuthumi Ntabeni, the protagonist, Phila, makes a fiery courtroom speech
Read more
Africa

COMMENT: As the US and China battle for global domination, Africa must stand firm, charting its own course
Read more
Opinion