Note to Zupta: Winter is coming 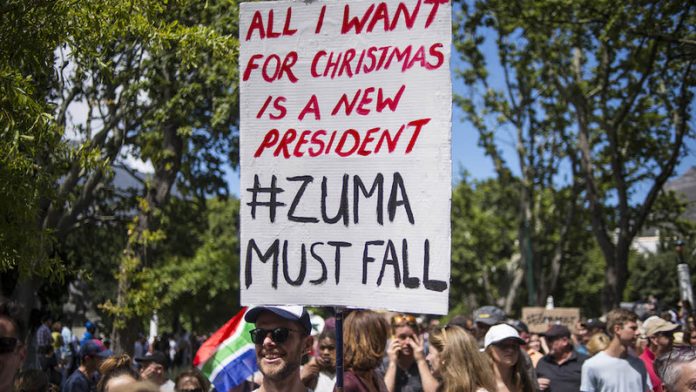 I often hear the phrase “change of season” at this time of year. Not so much conveyed as an acute meteorological observation, but used to show compassion.

Used as nature intended the phrase is, of course, a warning. It should be put on billboards and played over speakers mounted on cars driving through the streets to get the masses, the downtrodden, those wondering why we’re not using daylight saving safely indoors, because, let’s face it, winter is coming. That’s just science.

Indoors you might watch the news or read the newspaper. Things are not looking too great. You think to yourself: “Change of season? We need a change of government!”

Now you’re getting worked up in your house. Not only are the days shorter, but coffee is more expensive as inflation goes through the roof.

“Change of government” quickly morphs into “the election is coming”.

White, black and coloured voters leave their houses to go register. In the capital, the King is getting restless. He sits on his Stolen Copper Throne and thinks to himself: “Oh, shit!” He calls his small council and asks them: “What the hell now?” They tell him not to worry, they’ve got his back. Now he’s really worried.

Word from the Vale of Limpopo is that the people are gatvol. In the North West they’re making banners saying “#Zumamustfalloffhisthrone” hung from bannermen who walk around in the villages handing out registration forms.

So the King starts playing games. He says the election might be coming as soon as May or even as late as August. He’s buying time.

Malema the Conqueror and Maimane of Sunspear send the King a message on the back of a pigeon telling him it’s not on. They demand the date of the election be carved in stone and put on the internet for the whole realm to see.

The King sends a dragon back.

The dragon tells Malema the Conqueror and Maimane of Sunspear the King is not playing. He’ll fire his whole Cabinet and put the House of Gupta in charge and they’ll rule the realm from the gates of Saxonwold with money and influence, and all sorts of other things.

The dragon says he’s not finished.

He adds the King is not fazed, because he knows the election is not for royals, but for commoners who will preside over trivial things like trash collection.

Malema the Conqueror and Maimane of Sunspear call a meeting of their much bigger council. Working together, they come up with a well-crafted reply written all in caps: LISTEN BOZO, YOU’VE SCREWED UP AS PROTECTOR OF THE REALM. WE WON’T HAVE IT. 2019 IS COMING …

Hansie Smit is a freelance writer