We, the people, need to bring integrity back 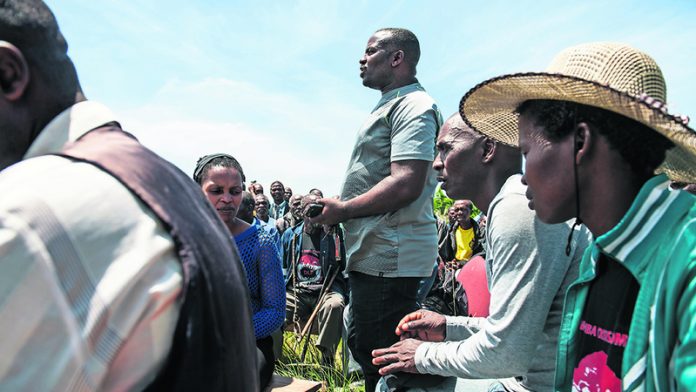 The past couple of weeks have been dominated by the theme of “state capture”. The nation should thank the Gupta family for ensuring that this issue now vexes us, even if the ruling party is satisfied with a tepid response from its national executive committee.

The problem extends far beyond the allegations concerning the Guptas, though the increasing flood of claims of improper Gupta influence requires urgent independent investigation.

It has been evident to any reasonable observer for some time that institutions that are key to the preservation and development of our constitutional democracy have been severely compromised. It is fair to state that, other than the judiciary and the public protector, all the institutions meant to underpin the democratic model chosen by the nation in 1996 are compromised. In particular, there are serious arguments in the public domain concerning the lack of independence of the National Prosecuting Authority (NPA), the police (including the Hawks), the SABC and, most recently, the South African Revenue Service (Sars).

It is simply not possible to conduct a constitutional democracy when important public institutions provide a passable impersonation of their apartheid predecessors. Two recent events have recalled the lawlessness of our history.

Three days after the Helen Suzman Foundation launched an urgent application to interdict General Berning Ntlemeza from continuing as the head of the Hawks, its offices were raided by people who knew exactly where to find what they wanted; the act was described as a military-style operation.

The foundation’s case against Ntlemeza is, in brief, that he was appointed to the highest office in the country’s elite corruption- and crime-fighting unit, despite damning judicial findings impugning his integrity, honesty and fitness and propriety to hold such office. Three days after the launch of the application, raiders took off with computers.

Of course, the theft may be pure coincidence but, as a number of respected nongovernmental organisations – many holding very different political perspectives from the Helen Suzman Foundation but all of whom understand the general threat to our democracy – correctly noted, the raid took place in the context of increasing hostility towards civil society by some in the state.

Hardly had this disturbing news been digested when the tragic story broke of the murder of the chair of the Amadiba Crisis Committee in the Eastern Cape, Sikhosiphi “Bazooka” Rhadebe. He was gunned down by hitmen who arrived at his house in a white VW Polo with a rotating blue light on the roof. They knocked at his door, claiming that they were police officers, and then murdered him.

Eighty-two organisations representing a significant section of civil society issued a statement calling for “the speedy arrest and successful prosecution of the killers of Mr Rhadebe”. They also appealed to the Human Rights Commission to investigate the alleged intimidation of those who have stood up to the Australian mining company, MRC, which wishes to conduct opencast titanium mining on the Wild Coast. The bodies also called on “all progressive forces to stand up in defence of democracy to ensure the end of the attacks on our activists and movements”.

Manifestly, both these apartheid-style attacks require independent investigations that will bring the perpetrators before the courts. But how much confidence can the public have that this will occur in the present political climate? The agencies entrusted with ensuring that the rule of law is maintained by the courts, being the police, the Hawks and the NPA, are so compromised that there is little likelihood of the principle of proper public accountability being vindicated in either case.

If this sounds a bleak assessment, consider the following. In the midst of these events and the deluge of allegations of the Guptas corrupting parastatals and politicians, what are the Hawks doing? They are relentlessly pursuing the Finance Minister Pravin Gordhan about his alleged role in a Sars unit, which, by the way, was established not by Gordhan, who was then the Sars commissioner, but presumably by members of the Cabinet, who were answerable to then-president Thabo Mbeki.

If the constitutional model that “we, the people” chose in 1996 is to survive, drastic moves are required to restore credibility to key public institutions, starting with the appointment of people committed to the core constitutional values of accountability, transparency, openness and independence.

In the gloom, there is one bright light – the resurrection of a vigilant civil society and a public that can no longer claim to be ignorant of the dangers of “state capture”.