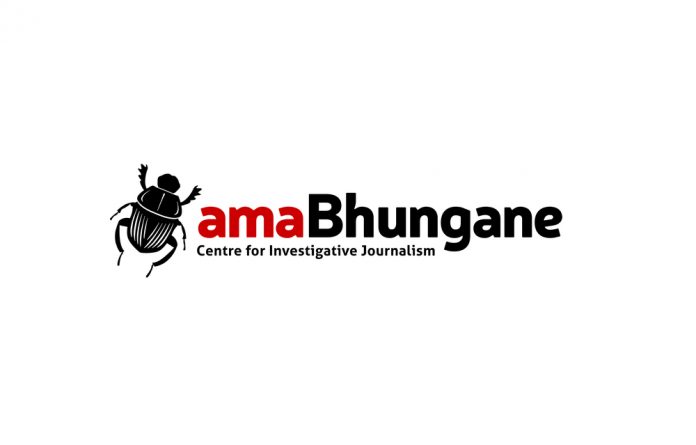 After six years of blood, sweat and printers’ ink by the bucketful, we are relaunching to become a Southern African independent centre for investigative journalism.

Renamed amaBhungane Centre for Investigative Journalism, we shall distribute our stories more widely – through a selection of print and online titles, social media and our website,  amaBhungane.co.za.

We shall follow readers to where they are in a rapidly changing media environment, attempting to match each story with the most appropriate publisher and audience.

Our little beetle, the dung-rolling bug named ibhungane in isiZulu – has undergone a makeover. But wherever you see it, it will remain a mark of public-interest investigative journalism practiced to the highest standards of accuracy and fairness.

Our centre’s mission is unchanged: to develop investigative journalism, to promote a free, worthy media and open, accountable, just democracy.

We shall keep doing so through the best practice of investigative journalism – the kind that advances methods and standards, exposes wrongdoing and holds power to account. We shall keep doing so through skills transfers to investigative journalists far and wide and by advocating for the information rights we all need to do our work.

We started our journey with the M&G on March 19 2010 with our first spread, “Zuma Incorporated”. The articles traced the Zuma family’s business interests – including with a little-known family named Gupta – opening a front in reporting that became an enduring feature of President Jacob Zuma’s scandal-plagued time in office.

Columnist Ivo Vegter wrote this week referring to that first spread; another last week detailing the Guptas’ parastatal connections; and presumably hundreds of stories in between: “The extent of the corruption in the Zuma administration, in which Cabinet appointments, public enterprises and government tenders are influenced by private interests, has been painstakingly documented by the M&G’s amaBhungane Centre for Investigative Journalism.”

Well, “ M&G’s” we will be no more. But to the M&G, which helped form, found and fund us and with whose journalists we have shared the exhilarating rollercoaster ride that is reporting in this part of the world, our lasting gratitude.

When amaBhungane publishes in the M&G in future, as we trust we often shall, it will feel like home.

To our stakeholders – our talented, long-suffering staff; the network of amaB fellowship alumni and the investigative centres they have founded; the charitable foundations who believe in investigative journalism as a public good; all future publishing partners; and most of all, the public who we’ve subjected to so much necessary trauma – vuka, there’s work to be done! – Stefaans Brümmer, Sam Sole, managing directors, amaBhungane

The M&G continues to invest in investigative journalism

The M&G will continue working with amaBhungane, while also strengthening its internal capacity through the new M&G Centre for Investigative Journalism.

Financial constraints in the current media landscape have increasingly led to dwindling investment into investigative journalism in newsrooms, a crucial but expensive component of our democracy. The M&G and amaBhungane are working hard to reverse that trend.

Since our early days, investigative journalism has been one of the cornerstones of our work; the new M&G Centre for Investigative Journalism will continue to serve our readers.

We have already started hiring some of the country’s best journalists to boost our efforts as we reach an end of our exclusive agreement with the amaBhungane team. We are also setting up the centre in a trust and seeking donor funding to expand it.

The new team will be tasked with digging into a range of areas as we seek to lift the lid on maladministration, corruption and nepotism – especially when this affects the lives of South Africans and the functioning of government.

As expected, great emphasis will always be placed on state institutions, but the private sector should expect to come in for an equal measure of scrutiny, if found wanting.

The M&G aims to be a centre of excellence and training for the next generation of investigative journalists, with a focus on transformation.

We assure our readers of our unwavering commitment to speak truth to power, hold those in high office accountable and ensure we do so fairly, accurately and consistently. – The Editor

Load-shedding amid the collapsed social contract: How millions of ‘Mavis’ businesses fall through all the relief fund cracks